How to Plan a Star Wars Birthday Party

Your son sleeps in Star Wars sheets, clutching his lightsaber. Every time you walk into his room, you step on an Obi-Wan Kenobi action figure or a piece of Lego from Anakin's podracer. Now, his sixth birthday is approaching. It may be time for that rite of passage in every boy's life: the Star Wars Birthday party. Do not fear! You can make it through, even if you can't tell a Jedi from a Sith and have never heard of Tattooine.

Read on for ideas for Jedi party games, how to make non-painful lightsabers out of pool noodles, where to find Star Wars shaped cake pans, and more. 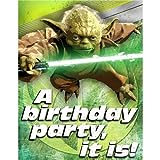 You've got to set the mood from the beginning, and alert all your child's friends to the theme of the party. How else will they know to buy your son Star Wars books, Star Wars Lego sets, Star Wars light-up sneakers, and all the rest of the accoutrements the young Padawan needs these days?

Since the tradition of The Great Star Wars Birthday is several decades old, and is observed by thousands of young boys every year, it's a cinch to find invitations at any party store, big box store, or online. Amazon is a great resource for invitations, themed balloons, plastic party tablecloths, plates, cups, napkins, and every other party item you can think of. While you're at it, pick up matching thank you notes; a Jedi must follow the social conventions.

A craft is always good to do at a party, preferably before the little buggers get hopped up on sugar and star careening around your living room like it's a bouncy castle. One great craft to start your party off with is to get kids to make their own lightsabers. (Surprisingly, this is safe, as they do not use actual lasers.)

Every birthday party needs party games, and so by logical extension a Star Wars party needs Star Wars games. You will have to set aside all your adult dignity (unless you decide to dress up as Darth Vader, in which case you only need some padding under your costume to protect you when you inevitably get whacked with hard, plastic lightsabers. So much better than what happens when you get whacked with a REAL lightsaber, though, am I right?) and get into the games with the kids. 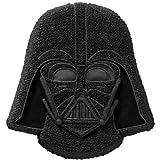 After the ceremonial meal of pizza and juice boxes (isn't that what Han Solo ate at the Mos Eisley Cantina?), you must of course serve a Star Wars Birthday Cake. The possibilities are endless, but here are some ideas to get you started:

If you're a procrastinator, or have just been too busy supervising the transformation of your home into a perfect replica of the bridge of the Death Star for the party, try this last minute idea. It will reek of desperation to the adult guests, but the kids will be too excited by the toys to notice (or care).

If you're an experienced baker with time on your hands, check out these Star Wars cakes. 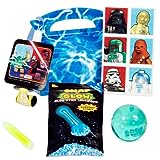 LEGO Star Wars Party Favor Box Party Accessory
There's no shame in taking the easy way out, as long as you can afford it!
Buy Now

If you're interested in shelling out for the gestalt Star Wars birthday experience, you can buy goody bags from a party store pre-populated with officially licensed Star Wars paraphernalia like yo-yos, stickers, and bouncy balls. (I've never been able to work a yo-yo, but that makes sense to me now; clearly you must use the Force to make them do tricks, and my midi-chlorian count has always been low.)

However, if you want to be creative, compile your own goody bags from stuff you can buy online and lots of candy. (Candy is always the biggest hit in goody bags, anyway!)

Some items to include are: