How to Throw a Bloody Banquet Halloween Party

One of Kitty's dream jobs is to be a party planner. She finds joy in planning parties for children and adults alike!

Have a Bloody Halloween Party!

This Halloween you want to go all out and have a huge party for your friends, so what's the creepiest most disgusting theme? A Bloody Banquet Halloween Party, of course! Whether you're going for an ultra-bloody vampire bloody banquet theme or maybe a super gory butcher/slayer party theme, the "Bloody Banquet" Halloween party will prove to be a bash to die for!

You could also put a spin on this party idea and make your Bloody Banquet centered around zombies or mad scientists. It's your choice and the creative possibilities are endless! Time to saddle up, shut up, and douse your house in blood (hopefully the synthetic kind).

Obviously the first thing you're going to want to think about and begin planning is the decorations for the party. Are you going to have it at your own house? Great. Then you will have much more freedom to do what you want to at your own place. The first idea is to fill your bathtub with water and red food coloring or even fake stage blood, add some fake body parts to float around in the blood, or even a mask such as in the picture above. If you want to do a really active Bloody Banquet theme and you have enough friends to help you with your Bloody Banquet party, why not add a real-life prop to the bathroom? Have a girl in a slip or dress acting as if she's dead in a tub of blood.

Add some bloody handprints to the mirrors in your house, even the windows. Outside in the entranceway, have a neon-lighted Bloody Banquet party sign, such as the spooky sign to the right that says "Blood Cafe". Especially perfect for a Vampire Bloody Banquet party theme decoration is a couple sets of bleeding candles. You can purchase these from almost any Halloween or Party store, or right on Amazon.

If you're going for a butcher or slayer bloody banquet theme, you might want to think about adding a wall hanging. The "Doctors Office Decorating Kit" (which can be purchased on Amazon) is especially bloody and gory and will add to the bloody banquet ambiance of your party. 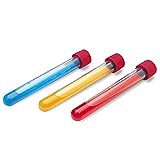 If you're throwing a Bloody Banquet Halloween Party, you're going to want bloody party supplies and bloody banquet party tableware to match your gorey bloody banquet décor, right? When Halloween rolls around, the Halloween stores, Walmarts, Targets, Walgreens, and almost every store around carry a plethora of Halloween party supplies. As for tableware, you might want to keep it simple and cheap and go for all red plates, utensils, cups, and napkins or you can mix and match red and black party tableware for a more vampire feel.

Here are some blood-red drinks to include at your bloody banquet party:

For an alcoholic party, purchase some test tubes for shots such as the ones on Amazon to the right. Put some red alcoholic drinks such as bloody marys or cranberry and vodka in them and it will look like your guests are taking shots of test tube blood! If you're willing to spend a little extra money, you might want to think about party favors for everyone. Maybe a set of neon fangs or glow-in-the-dark bracelets would be fun. Packets of fake-blood candy. Use your bloody imagination.

As for the menu, anything red and gorey looking goes. Try a vanilla cake with strawberry jelly that oozes out when cut into. Red drinks of all different kinds. Red meat such as steak and hamburger are perfect for bloody dinner parties. Finger foods such as cookies shaped like severed fingers, jelly filled bleeding cookies, etc.

Here are some bloody menu ideas to get you thinking:

If you're unsure as to how to make any of the above suggestions, it's as simple as doing a google search. You can find any recipe on the internet and then some! Don't forget that presentation is everything for a Bloody Banquet Party. For instance, if you make a jello heart or brain mold, think about putting it on a round plate with a cover over the top. So when someone opens it, they get a shock! If these ideas don't suit you, remember you can always use your imagination and a little red food dye to turn almost any food blood red!

Participate in a poll:

Which bloody theme would you choose for a Halloween Party?