I am Jewish in blood and heart. I am a secular Jew which means that I am not religious in a common sense of this word. I don’t keep Kosher, I don’t go to Synagogues, I don’t observe major Holidays the right way. And still, I am Jewish and always will be. I have my God in my spirit and in my prayers.

I just love Jewish Holidays and though we don’t observe them strictly, we celebrate most of them.

Important: Jewish Holidays begin at sunset on the evening preceding the holiday.

Why? Because God our Lord said so:

Some English translations give “a first day”, but actually In Hebrew it is like this:

So, Hebrew’s “tomorrow” starts at sunset of “today”.

The Jewish calendar is a lunisolar calendar, based on twelve lunar months of twenty-nine or thirty days.

Each Jewish lunar month starts with the new moon. The Bible designates a spring month Nisan as the first month of the year, because life awakens in spring. The first holiday of spring Pesach (Passover), besides being the time when we celebrate Exodus of Jews from Egypt slavery, is also associated with the barley harvest, so the leap-month of Adar I, mentioned above is intercalated to keep this festival in the northern hemisphere's spring season.

Rosh Hashanah, "the head of the year", is celebrated in the month of Tishrei (seventh month of Hebrew calendar), and it would be more correct to call it "the new year for years”, as it changes the number of the year. That’s why most Jews today view Tishrei as the beginning of the year.

It marks the beginning of the Jewish year and the period considered the High Holy Days.

The Jewish year of holidays starts with Rosh Hashanah (in Hebrew: ראש השנה. Remember, we read and write from right to left in Hebrew). The literal translation means “Head of the Year”. It is observed on the first day of Tishrei. Though Tishrei is not the first, but the seventh month of a Hebrew calendar, it is viewed nowadays as de facto beginning of the year, because this is when the numbered year changes.

Day of Atonement and the holiest day of the Jewish year. Yom Kippur completes the annual period known in Judaism as the High Holy Days.

As a holiday Sukkot is a festival of autumn harvest and at the same time historically it commemorates the time when Bnei Israel (Sons of Israel) spent in the dessert, wondering there for forty years before they came into the Promised Land. During this time they lived in temporary shelters, booths.

Rejoicing of the Torah

("Rejoicing of the Torah,") is a celebration marking the conclusion of the annual cycle of public Torah readings and the beginning of a new cycle. Concludes the High Holy Days observance.

This eight-day holiday celebrates the restoration of the religious and political freedom as a result of the Jewish military victory over the Syrians in 165 B.C.E.

It is a Jewish festival of rededication of the Temple. Candles are lit each evening to celebrate the miracle of the lamp in the Holy Temple in Jerusalem which was burning for eight days even though it only had a supply of purified oil for one day. Candles may be lit at any time during the evening.

Though holiday of Hanukkah tells about Jewish military victory, but it mostly commemorates the miracle of the oil, not the military victory. Jews do not celebrate war victories.

It is a minor Jewish holiday, so called "New Year of the Trees". The whole country is out planting new trees and eating dry fruits. Almond tree is blooming with the most beautiful bloom.

A Holiday of Reversals

This is the annual observance of the events recounted in the Book of Esther in the Hebrew Testament. The Jewish community of Persia was rescued from destruction due to the efforts of the Jewish Queen Esther and her uncle, Mordecai. Children often wear costumes - especially of the characters mentioned in the Purim story- when they attend the reading of the Book of Esther in their synagogue. The Megillah is usually read shortly after sunset.

The story of the Exodus

Eight day festival commemorates the story of the Exodus, in which the ancient Israelites were freed from slavery in Egypt.

It is probably the best known of the Jewish holidays, mostly because it ties in with Christian history (the Last Supper was apparently a Passover seder)

Commemorates the anniversary of the day God gave the Torah to Moses and the Israelites at Mount Sinai.

I don’t remember who said this: “Oppressed people have great sense of humor”. This way they survive. Jewish Humor is a special science. Just look on these pict 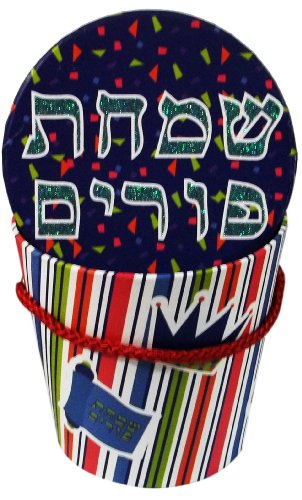