Rick has been cartooning and cracking wise for longer than the average viewer/reader has been viewing/reading.

Here we see one of America's oldest holiday figures, hard at work at America's oldest university. See if you can sort out the facts from all the extraneous nonsense. (Answers are given at the end; no peeking!)

1. The oldest continually-standing academic building in America is:

a. Memorial Hall, since 1718, Harvard University

2. The Kris Kringle is a cocktail having the ingredients of:

b. Cranberry juice and champagne in equal measure, plus lime juice

a. The Regatta: Harvard vs Yale in an annual crew (rowing) race

b. The Green: Harvard vs Yale in an annual rugby scrum

c. The Game: Harvard vs Yale in an annual football contest

d. The Net: Harvard vs Yale in an annual tennis match

4. Kris Kringle Houses, which typically specialize in glass ornaments, nutcrackers, pyramids(!), smokers(?), and other holiday novelties, can be found in:

5. The design and construction by 1915 of Harvard’s Widener Library was funded to honor:

a. a bibliophile who died aboard The Titanic

b. Bostonians who died in World War I

d. the wife of then Massachusetts Governor

b. The infant Jesus

7. In the 1780s, this Harvard structure was the site of autopsies performed by the Medical School:

a. Memorial Hall, now a dining hall, pub and theater

8. A traditional alternate Dutch name for Kris Kringle was Belsnickle, which meant:

a. Bearer of gifts

9. Cambridge’s Sheraton Commander Hotel is named for the fact that:

a. it famously hosted all survivors of the U.S.S. Commander, sunk by U-boats in 1917

b. it overlooks Harvard Common, where George Washington took command of the first U.S. Army in 1775

c. it was designed by Ove Arup, Danish engineer, Commander of the British Empire

d. Robert Moore, co-founder of Sheraton Corp. “liked the sound of the name”

10. Tradition held that upon his Christmas visit, Kris Kringle would:

a. carry a tiny tree, and ring a bell as he left

b. touch the side of his nose and nod before climbing out a window

c. spread salt across the hearth

11. Rejecting the idea of a merger with Harvard ca. 1900, MIT officials referred to their neighbor university as:

a. “an estimable competitor”

b. “an inappropriate match”

12. Kris Kringle has today become the central character of:

b. A Miracle on 34th Street

d. All of the above

a. at Harvard’s Graduate School of Design in 1844

b. in a hand-drawn sketch discovered among college files in 1644

c. in the family crest of John Harvard, founder of the College, 1n 1623

14. The number of years that elapsed from Harvard’s founding in 1636 until women were admitted and housed in freshman dorms, and until Harvard had a woman president, were:

1. c. Massachusetts Hall, designed by two Presidents of Harvard, was constructed between 1718 and 1720, and overlooks Old Harvard Yard, the historic core of the campus. This structure can be seen at far right in Paul Revere’s 1757 engraving of Harvard. Its dorm rooms housed early Americans John Adams and John Hancock, among others.

2. c. The white Crème de Cacao and cream give it a suitably wintry appearance, and the peppermint schnapps gives it a candied minty chill.

3. a. The Regatta has been rowed since 1852 (pre-dating The Game by almost a quarter-century), and has had a near-permanent home on Lake Winnipesaukee in New London, CT. Not only has Harvard Varsity bested Yale 88-54 over the years, but it also holds the upstream and downstream course records.

4. d. The Kris Kringle Haus of Orland Park, IL, has for decades offered one of the Midwest’s largest selections of traditional Christmas trinkets and crafts, many imported from craftsmen throughout Eastern and Central Europe. It now operates out of a temporary seasonal set-up at the Orland Park Place Mall.

5. a. After book-loving teenager Harry Elkins Widener perished on the Titanic, his mother Eleanor Elkins donated funds to build his namesake library. It contains an exact replica of young Harry’s furnished home library as a permanent central display, and it anchors the world’s largest university library system.

6. b. The infant Jesus, or Christ child, is rendered as ‘Christkind’ or ‘Christkindl’ in the German tongue, which has been slurred and Anglicized to Kris Kringle over the centuries. 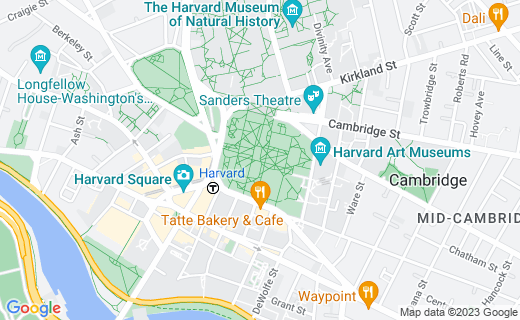 8. c. ‘Pelz-nickl’ literally translates as furs-Nicholas. Traditionally, this figure, swaddled in his furred robe, upon encountering bad little children, would variously either crack them with his whip or smite them with his rod.

9. b. It was seen as symbolic testament to the colonies’ solidarity and resolve that the Virginian George Washington traveled far north to the heart of the Massachusetts Bay Colony to assume leadership of the united revolutionaries.

10. a. Kris was reportedly promoted by Martin Luther to discourage the adoration of Saint Nicholas. The original Christkindl was a cherubic incarnation of Baby Jesus, blond-haired and be-winged.

11. c. MIT’s negative view came at a time when schools of science and engineering were on the ascendancy and Harvard’s enrollments in those fields were slumping. Harvard has since renewed its commitment to a vibrant and prestigious science school. Today, Harvard is viewed by many to be the #1 educational institution in the world.

12. d. If you get to the Kris Kringle Fair in Sioux Falls, SD, after you enjoy the Parade of Lights, stop for some traditional gingersnap cookies and ‘glüwein’ (no, it‘s not ‘glue-wine’, it’s ‘glow-wine’ — made from warmed wine, rum, sugar, cinnamon, clove and a bit of citrus fruit zest).

13. b. In actuality, that image is only part of the current university logo; to be considered a complete logo it must have a bordering laurel wreath and a curved banner beneath emblazoned ‘Harvard’. There is a full staff at The Office of the Provost’s Harvard Trademark Program that monitors all use of Harvard trademarks worldwide.

14. a. By 1865, Harvard had admitted its first black student. By 1900, about 7% of Harvard students were Jewish. Yet it wasn’t until 1972 that women were admitted to Harvard and fully assimilated into the freshman class. The university’s current (and first female) President, Catherine Drew Gilpin Faust, was named to that post just a few years ago.