How Kwanzaa's African values help us to experience self-esteem

Videos explaining Kwanzaa and much more.

Click here for loads of gift ideas, plus activities for children, crafts, recipes and more.

Plus, see the Resources section below for lots of great gift ideas, and more Kwanzaa information and resources.

Kwanzaa is celebrated in many places of the world, including the Caribbean, the UK and continental Europe.

Kwanzaa is a time when we can reflect on the achievements of the past year and plan for the future.

The nguzo saba, or Seven Principles of Kwanzaa, remind us to focus on positive values. Each day during the festival, we focus on one of these qualities.

What in the World Is Kwanzaa? A video exploring the meaning of Kwanzaa

The History of Kwanzaa

Based on African traditions, Kwanzaa was born out of the unrest of the late 1960s.

Following the Watts riots of 1966, Dr. Maulana Karenga wanted to inspire African American people to turn to a positive focus, rather than concentrating on the poverty, deprivation and racial discrimination that we had suffered from slavery onwards. Having been brainwashed for generations to believe that we were inferior, many people of African heritage believed that our people could not and would not achieve greatness. This fostered a sense of helplessness and rage and often led to self-destructive behaviour.

The brutality that African American people suffered in the inner cities and in the rural South did much to reinforce this negative view. Many people across the African continent had also been brutalised for many generations. For more about this, see:

Black Victims of the Germans and Nazis

The above are just a couple of examples. There are many more.

However, African people who live in Africa are surrounded by others from their own communities. Thus, they still have access to many of their cultural traditions and values, which those of us in the Diaspora need to research, rediscover and reclaim. Celebrating Kwanzaa is part of this process.

Buy Black: The Background to Kwanzaa

Following the Watts riots of 1966, Dr. Maulana Karenga created Kwanzaa by drawing on African traditions. He noted that many African Americans spend heavily during the holiday season, but we tend to spend outside our own communities rather than buying from Black-owned businesses. See "Do Black Consumers Buy Black?" below.

Dr. Karenga wanted to create something positive. He encouraged people to make their own gifts, rather than buying them. Kwanzaa is also an opportunity to Buy Black.

Is Kwanzaa an Alternative to Christmas?

Kwanzaa has its roots in African cultural traditions.

Similarly, Christmas was originally a European pagan celebration. Although it has been adopted by Christianity, it still retains much of its pagan heritage (feasting, drinking, exchanging of gifts, and general celebration).

Kwanzaa is not a religious holiday. It is perfectly acceptable for Christians and practitioners of other religions to celebrate Kwanzaa.

Dr. Maulana Karenga travelled around to different African countries researching their spiritual traditions. He discovered that many of the spiritual practices were the same, or very similar, in different parts of Africa. Thus, Kwanzaa has its basis in African spirituality.

He believed that many African American families went crazy with spending around Christmas, buying presents they could not afford. He preferred for the money to remain in the Black community, and suggested that we give each other gifts we had made.

If you choose to give gifts that you have bought, rather than made, please choose culturally appropriate gifts that represent Black people in positive ways.

Video: What in the World Is Kwanzaa? Part 2 - How to Celebrate Kwanzaa. Continued from above.

Kwanzaa represents hope for the future. Children describe how to celebrate Kwanza, plus explanation of the Nguzo Saba and more.

Before the 1960s, there had been a prevailing view among many African American people, including many educated professions, that the way to achieve success was to be as white as possible. Wear your hair in such a way that it resembles European hair; speak in a way that is not reminiscent of the ghetto. Behave in ways that white people consider acceptable and you will be much more likely to succeed.

Dr. Karenga developed Kwanzaa to encourage us to celebrate our African ancestry.

One thing that distinguishes Kwanzaa is its emphasis on collective participation. This reflects the fact that it is based on African traditions. Most traditions and forms of personal development and self-help emphasise the efforts of the individual. Kwanzaa reminds us that the individual impacts on the collective. Everyone has a part to play in our communities.

Healing for People of African Heritage

Preserving our cultural heritage is particularly important for those of us from the African Diaspora, as our heritage was stolen from us.Celebrating Kwanzaa is a way of reclaiming our identity, our ancestral heritage and our sense of self.

African American people and others in the African Diaspora around the world have a lot of healing to do. We live with the legacy of slavery and colonisation, which have had profound negative consequences for us as individuals, and for our families and communities. The wounds run deep and the wounding is passed on from one generation until it is healed. Our healing process is ongoing. Celebrating Kwanzaa is one aspect of this process.

For more about this, see: Why We Need to Heal.

For more about how to support our healing process, see Success Strategies for Black People.

See also: The Key to Confidence.

To quote from the 2009 Founder's Message:

Kwanzaa was conceived, created and introduced to the African community as an audacious act of self-determination, a cultural creation that is rooted in and rose out of the wish and will of a people who saw its message deep in meaning, world-encompassing in reach, highly relevant in addressing critical issues of our time and the practice of its principles....

In a world where war lays waste the lands and lives of the people, where depletion, pollution and plunder of the environment put the world at risk and climate change threatens devastating hurricanes, floods, famine, millions more of refugees and the submersion by rising seas of whole communities and nations, the principle and practice of Kuumba (Creativity) is imperative. For it puts forth the ethical ancestral teaching from the Husia of serudj ta, the moral obligation to do all we can in the way we can to heal, repair, rebuild, and renew the world, leaving it more beautiful and beneficial than we inherited it.

How to Celebrate Kwanzaa

Kwanzaa is a time to gather with family, friends and community.

We can celebrate Kwanzaa privately in our own homes, or at larger community gatherings. Traditionally, we light candles in a candle-holder, called a kinara. The candles are in the African Liberation colours of red, black and green and there is one for each day of Kwanzaa. People sometimes add a candle of a different colour including, for example, blue for peace.

Recalling the ancestors is an imortant part of Kwanzaa and any African festival. We can tell stories or recite poems about the ancestors. All art form began with ancestor reverence, and it is part of the custom to include artistic creativity such as music, dance and poetry. Kwanzaa also involves preparing and sharing traditional foods.

We can exchange gifts, although the emphasis is on making the gifts ourselves.

Reflecting on the Seven Principles of Kwanzaa and how we applied them in the past year sets us up for the year ahead.

African Drumming - The Drum is an Important Part of African Traditions

African drumming is an important part of Kwanzaa celebrations. The drum has been used traditionally in Africa as a form of communication for many centuries, and still has a central role today in traditional celebrations. 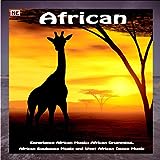 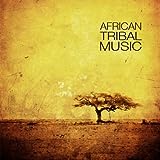 As stated above, Ujamaa, or Co-operative Economics, is one of the seven principles of Kwanzaa.

As the holiday season approaches, we ask, do Black consumers buy Black?

The Kwanzaa event at the American Museum of Natural History is a cultural event involving community organizations. Check out the video below.

Learn about Kwanzaa, buy Kwanzaa gifts for your loved ones, and more.

If you are interested in African cultural heritage and traditions, you will enjoy these articles.