Laws to Know for Mardi Gras in New Orleans, LA

Thousands of people flock from all over to enjoy Mardi Gras in New Orleans each year. If this is your first time attending New Orleans' Mardi Gras celebration, it is wise to be aware of certain laws. Aside from hefty fines of over $200.00 for each violation, many times law enforcement will arrest you and let a judge sort it all out once the courts reopen after Mardi Gras. Nothing spoils a Mardi Gras vacation faster than spending it in Central Lockup and possibly paying out more than the trip initially cost.

Sleeping in the Streets

It is a good idea to plan ahead and book a hotel or alternate place to stay when attending Mardi Gras in New Orleans, Louisiana. The police don't take kindly to those who choose to sleep on the streets. This will ultimately be a one way trip to the Central Lockup. So be sure your trip to New Orleans for Mardi Gras includes a place to sleep indoors otherwise the New Orleans Police Department will find other accommodations for you that probably won't be to your liking.

Another reason why making plans to stay at a hotel is beneficial for anyone choosing to attend Mardi Gras is due to parking fines. It is best to find a hotel which is in walking distance to all of the events so that all you have to do is park at the hotel garage and not worry about blocking routes. If you must leave at any time during Mardi Gras, make sure the hotel gives you a vehicle pass. Parking fines are expensive in New Orleans and during Mardi Gras the fines cost even more.

Parking is not allowed within two blocks of the Mardi Gras parade route. New Orleans won't hesitate to have your vehicle towed either. Getting your vehicle out of impound along with paying the parking fine can add up, not to mention sour the mood of enjoying Mardi Gras. Retrieving your car from Clairbourne Auto Pound is going to cost you at least $160.00 or more on top of city fines. Keep this in mind when choosing to stay at hotel not close to the Mardi Gras celebration or staying with local friends.

If you must park your car away from Mardi Gras events, remember a few basic laws when doing so. Do not park in front of fire hydrants or block driveways. For obvious reasons, do not park where it says do not park or park illegally period. New Orleans is quite strict about parking and even more so during Mardi Gras.

Have you ever been to New Orleans for Mardi Gras?

For many people, drinking and Mardi Gras go hand in hand. New Orleans is tolerant of drinking in public. However, they do not allow patrons of Mardi Gras to drink from open glass bottles or cans. The police force is aware that many tourists won't know this law and will simply tell you to transfer the drink to a plastic cup. The only time the police will have a problem with you drinking from an open bottle or can is if you disregard their warning or argue with them. This is considered a misdemeanor in New Orleans.

Again, New Orleans is tolerant of public drinking. Unfortunately for some, the police force is not at all tolerant with public intoxication that leads to fighting or overly boistrous behavior. Keep in mind that if you become drunk and decide to act like the Mardi Gras fool, you will end up being arrested. Being rowdy is one thing, being a nuisance is a whole other ball game.

Chairs and ladders are placed along the Mardi Gras parade route for a reason. Locals place these there so that children can better enjoy the parade and the elderly or handicap will have a place to sit and enjoy celebration. Fights commonly break out when a ladder or chair has been moved. The police do not have the time or patience to sort it out as a dispute occurs. They will opt to arrest everyone and let a local judge sort out the details and possible punishment.

Most people understand that urinating in public is not acceptable in any town. Unfortunately, some people will disregard all common sense after a few drinks. Regardless of whether you plan to drink or not, you need to think about restrooms. Many of the restaurants aren't going to allow you to come in just to use their restrooms. The bars, especially during Mardi Gras, are packed to capacity. Familiarize yourself with where you can use the bathroom legally ahead of time. It turns out that the local consider urinating in public just as unacceptable as violent crimes and the police will haul you off to Central Lockup without batting an eyelash.

Mardi Gras is known for showing breasts to earn beads. However, there are a few laws to keep in mind before bearing breasts for a Mardi Gras trinket. Despite what you might have heard, nudity is not allowed at all. Does it happen? Sure it does, especially in the French Quarter. Keep in mind that if you get caught with your top up or exposing yourself in any way, the New Orleans police will send you to Central Lockup. Some officers are gracious enough to give women who flash their breast in the French Quarter a warning, but don't count on it because it is still illegal. 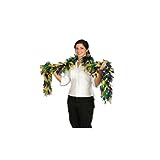 This goes without saying generally, but just in case you plan to take a friend that can get out of hand at times here is a reminder. Respect all law enforcement and emergency personnel. Do not argue with them. Above all do not get into a fight with them. Not only will you be arrested, but instead of going to jail you may end up handcuffed to a hospital bed instead.

Also keep in mind that not all law enforcement officers are in uniforms. New Orleans Police Department has several plain clothes officers on the streets. You won't be able to recognize them from anyone else enjoying Mardi Gras.

The people of New Orleans wants tourist to come to Mardi Gras and have a great time. In turn, they want tourists to respect their city and not cause any trouble. This not only ruins the spirit of Mardi Gras for locals but for other tourists as well.