Did you know? If a young girl carries a sprig of ivy and lays it next to her heart, she will marry the first young man she speaks to.

And if a bride finds a small spider in the folds of her wedding dress then she will never be poor. Of course she could run screaming at the sight of the spider in the first place!

There are so many love potions, spells and omens in romantic folklore and superstition. Here we will take a look at some of the most popular and heartwarming of them all. 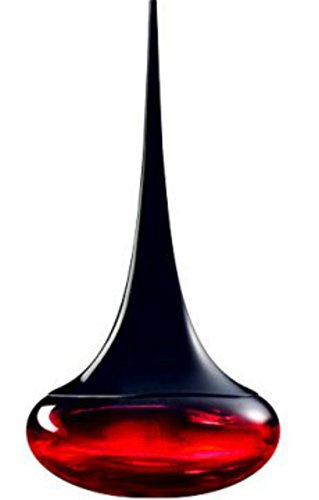 Oriflame Love Potion Eau De Parfum
Love Potion perfume! Absolutely gorgeous, and it comes in an amazingly shaped bottle that will make her love it even more!
Buy Now

The words 'I love you' taste sweet on my lips

as I sip the potion and think of you.

Drink and be mine.

In legend, it is said that Cupid shot an arrow at the beautiful wild Pansy, also known as hearts ease or love-in-idleness.

It was also known by such delightful names such as:

Whoever came up with these names definitely had a poetic nature!

The flower was originally white, but the wound from the arrow caused it to change color. Then the juice of the plant was used as a love potion.

William Shakespeare tells it rather well in his wonderful Midsummer Night's Dream.

Yet marked I where the bolt of Cupid fell.

It fell upon a little Western Flower.

The Maidens call it Love-in-idleness.

Fetch me that flower, the herb I showed thee once,

The juice of it on sleeping eye-lids laid.

Upon the next live creature that it sees.

The Apple of Love

Did you know? The apple is sacred to Venus, the goddess of love. So of course its very popular with wise women and witches, who make it into a love potion and use it for divination.

Peel an apple, making sure that its in one long strip, and then throw it over your left shoulder. When it has fallen to the ground, take a look and see what shape it has fallen into. That will show the initial of your future love.

You can also use the pips too, girls! You pick up the pips, press them to your face, and at the same time naming each pip with a different guys name. The pip which stays on your cheek longer, will be your future love.

Apples are the food of love,

but eat each one with care.

Within the red and shiny heart,

is poison and despair.

But if the magic time is right,

and the moon is full and clear

and see your love appear.

The Apple the Candle and the Mirror

Take an apple and a burning candle into a dark room just before midnight. Halloween is the best time, but any night will do. If there is a full moon shining through the window then this will be even more successful.

Stand before the dark mirror, and cut the apple into small pieces. Throw one piece over your right shoulder, and eat the remaining apple. At the same time comb your hair.

Do not look behind you, but at midnight stare into the dark mirror. Your future love will appear in the glass!

St. Luke's Day which is the 18th October, is another great day for those who dream of meeting their perfect partner.

Although he was the patron Saint of physicians, St. Luke was regarded as one of the most popular Saints to pray to, if you wanted to meet your life partner and fall in love.

In fact in his case, he was very popular for one main reason. He prescribed love potions!

The marigold is the flower of the sun, and represents fertility. Their chests, stomach

and hips were anointed with the potion, while lying down on the bed. They then recited this three times:

In dreams let me my true love see.

Of course we can't go without mentioning St. Valentine. St. Valentines day is the most romantic of the year. But who was he?

St. Valentine was an early Christian Priest. He was martyred in Rome, back in 269 when the Romans were still against Christianity. Its said that on this day, birds pair up together, so people took this as a sign and decided it was the most romantic day to marry.

Strangely enough, the giving of gifts on this day has nothing to do with Christianity. It is an old Pagan custom, associated with fertility and virginity.

The magical love spell on this day consisted of the women collecting pieces of straw.

They would then close their eyes while holding the bunches of straw in their hand. A suitor would then pick a straw, and hold it behind his back. This was followed by other suitors doing the same.

After all the straws had been taken, the girl would tell them to hold out the straw. The longest straw was the winner.

There are many Valentine's Day spells and chants out there. But the most powerful has to be the one that you write for yourself.

First you have to cleanse your body and spirit.

Love love come to me,

By this red light your powers be,

Bring my love (name) to my door,

So he will love me ever more.

After chanting your spell, blow out the candle, bless the salt and water, and then empty the bowls.

Sit for a few moments imagining your spell again, and see in your minds eye your wish coming true.

And there you go!