MLK Encouraged Children to be Thrown in Jail to Fight Racism

The 1960s seem like a completely different planet compared to what most of us are used to now. Many younger readers have no clue just how vastly different it was.

A person could openly be racist, and it was socially acceptable and sometimes encouraged. Calling someone a nigger today is blasphemous, unless you’re a best-selling rap artist; but I digress.

Back then, people unapologetically used that word everywhere, even on the radio and television. Some younger folks might not know that everything was separated by race, just a few short decades ago.

After the Civil War, whites used the power of government to discriminate against African Americans with the creation of Jim Crow laws. Whites and blacks had their own doctors, waiting rooms, restaurants, bars, bathrooms, and even water fountains going into the 1960s.

Working Within the System Wasn't Working

The black community was justifiably upset. They tried to work within the system to change it, but it got them nowhere for about 100 years. They would have to try a new tactic if anything were to change.

Along came Martin Luther King, Jr., who came up with a new radical idea:

What if we use our children to protest for us? What if children did mass civil disobedience and peacefully non-complied with the law? What if the children marched in the town with the strictest Jim Crow laws in the country? Surely the police would not openly attack innocent children protesting.

His plan came to realization in May 1963 in Birmingham, Alabama. 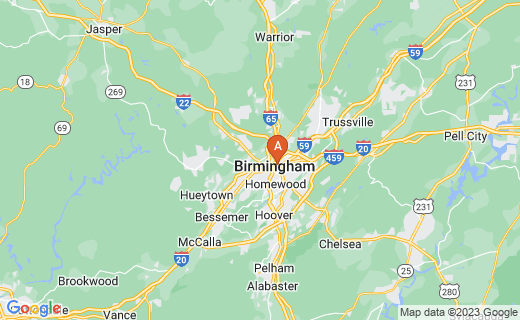 In 1963 Children Storm This City To Protest

King passed the local organizing to Rev. James Bevel, who got everything rolling. Hundreds of African American kids left their classrooms and assembled in the streets. A local disc jockey was in on organizing it, and when he gave a special code on air, the children’s army was activated.

At first the Birmingham police did not know what to do; they were confused about how to treat children marching on the town. But soon enough the head of police, Bull Connor, sent the word down to start arresting them. The children went peacefully and packed the police station. What was unexpected was the number of kids taking part in civil disobedience. They came from everywhere and organized at a local church.

The church would send 50 out at once, and as they were being arrested, they would send out 50 more, wave after wave, until the police simply could not arrest and process them all. After a few hours, the children were released from jail and would just go back and get arrested again.

After the first day was over, both groups reorganized. The police came up with a plan and put a call out for more cops from surrounding towns, and the protesters put a call out for more activists to join them. Families all over the country watched the day’s events play out on the nightly news. Most viewers did not know what to make of it because they had never seen children take part in peaceful mass resistance.

The Police Ramp Up The Violence

The next days everything ramped up. More parents got behind the movement and enlisted their children to help. New kids were actually coming in by the bus load. They moved into the church through the back doors and started exiting in organized waves again.

The police responded with escalating violence, first by aiming powerful water cannons at the children. Water coming out of the hoses was strong enough to rip through clothes and blister skin. The jets knocked little kids completely off their feet and skid their bodies across the asphalt.

The police organized and started mass arrests. The jail house was too small so they transported and corralled the children at the local fair grounds.

The police wanted to inspire fear in the tiny protesters. They brought as many police dogs as they could find and used them to try to control the crowds. They ordered the biting canines onto the kids they deemed as leaders or troublemakers in the group.

During the last day of the protest, things started to get out of hand and the cops were growing more and more violent as they lost control of the situation. A few protesters resisted the violence on them by tossing some bricks, but almost all the rest stayed nonviolent throughout the ordeal.

By the last day media coverage was at epic levels, and the whole country was watching. MLK was smart to make sure the world could see their plight. Families were horrified to see police using dogs and hoses on kids, and it thrust the ugly side of racism into the houses of the rest of the country.

Such outrage and disgust resonated from the public that things actually changed. Just months later, the 1964 Civil Rights bill was passed.

Mass civil disobedience being filmed did more for civil rights in just a few months than trying to work in the system did for 100 years.

See The Real Video Of the Children's March Here

Should Children Participate in Civil Disobedience?