A Child Finds the Nativity of Christ

Christmas memories fill our heads "like visions of sugar plums dancing in our heads". I have many Christmas memories, but one of my favorites involves my son, when he was a lad of about three years old. As he was growing up, he brought such joy to me during the holiday season (and still does).

I thought I'd share one with you this Christmas season!

This story is about how my son was able to find the Nativity of Christ at Christmas. 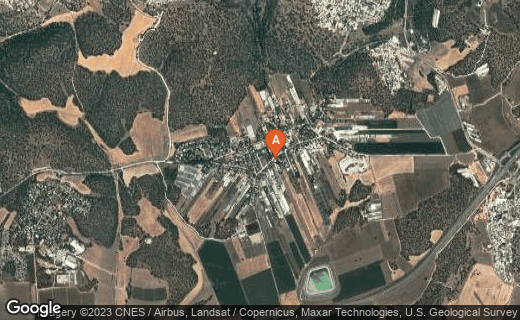 The birthplace of Jesus.

Usually, he would sleep in his car seat as I drove through the streets of our neighborhood, delivering magazines. I would stop the car and walk the steps to the house, hang them on the door handle or put them inside the screen door. I would repeat this process, house after house, street after street.

It was a snowy, cold winter afternoon and he was bundled tight in his baby-blue snowsuit. I opened the door often, so the car stayed cold. He was awake this afternoon, enjoying a day in his two and half year old life, riding in the car with dad. It was near Christmas, and he was excited to see the Christmas decorations and many lights lit on this overcast, blustery day.

On days he was awake, he would get tired of riding in the car and I would ask him if he wanted to help me deliver a magazine. He would say yes, so I would stop the car, turn off the ignition, unbuckle him and put on his hat and gloves. Lifting him out was easy, even though he was big for his age (in the 98% percentile the doctor said).

As we approached this particular house, I discovered there was a lot of steps leading up to the house. I held his hand tight as he lifted his little-big legs up the many steps, crunching the frosty snow as we went. At the top, there was another walkway leading to the house. To the right, in the grass, there was a lighted manger scene. A small, colorful one--just Mary, Joseph and the baby Jesus surrounded by hay in a manger.

He did not say a word. Gently pulling his gloved hand from mine, he walked through the snow to stand in front of the creche. He knelt down awkwardly, folded his hands, bowed his head and prayed.

He was able to find Christ in Christmas.

16 And they came with haste, and found Mary, and Joseph, and the babe lying in a manger.

17 And when they had seen it, they made known abroad the saying which was told them concerning this child.

18 And all they that heard it wondered at those things which were told them by the shepherds.

19 But Mary kept all these things, and pondered them in her heart.

20 And the shepherds returned, glorifying and praising God for all the things that they had heard and seen, as it was told unto them.

The tale of the Three Wise Men who followed the Star and searched for the newborn King is revisited every Christmas time. The King of Kings was born on that night in a manger.

His birth sparked jealousy and envy and inspired angelic choirs to sing anthems of praise. His birth inspired shepherds to lead their flocks to the manger and bow in adoration.

His birth has inspired the artistry of writers, poets, painters, and sculptors to re-imagine this holy event.

Their creations continue to inspire us to create our own Nativity scenes in homes and in public squares. Christmas is a time of wonder, as it was for my son, when, as a child he discovered a manger scene. Spontaneous reverence and silent worship marked his heartfelt response to the Nativity. He was able to find the Nativity of Christ.

May we respond sincerely in our discoveries of Jesus Christ!

May we find Christ in Christmas!

What are some of your favorite Christmas memories? Do you have a special one that involves a manger scene? Or maybe one memory where you found Christ especially at Christmas?

I look forward to reading about them!