How and Why Do We Celebrate New Year ? - Traditions and Celebrations Around The World

It is the start or advent of a new year for those people who follow the Gregorian calendar. According to this calendar it is celebrated on January 1st every year. It marks the end of one year & the beginning of the next year & is the day on which the year count is incremented.

It all started with the Roman calendar if, we were to probe into the brief history on how the new year came to be celebrated on January 1st. According to the Roman calendar, New Year was on March 1st. Later the government was formed under Julius Caesar where the calendar got transformed into the Julian calendar in 47 BC, then later modified by Augustus Caesar in 8 BC & finally it got the form of the present calendar in the year 1582 & the modification was under Pope Gregory XIII. With western culture becoming popular throughout the world, January 1st became the most popular day to celebrate New Year.

The whole range of celebration of the New Year's Day basically stems from the various ways ancient societies used to greet the new harvest seasons. It was their customs to drape themselves with new clothes, replace the old interiors and households. Symbolically, New Year signifies a renewal of life. Hence, the spirit of celebration for the regeneration, while discarding the old and worn out. The customs and practices, though modified through the centuries, have still their distinctive strains in the ways we welcome each onrushing year.

There are number of ways in which people celebrate New Year around the world: 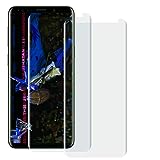 In Christian faith there will be a midnight mass where all would gather in their best of spirits & pray for a wonderful & prosperous new year & thank God for the year gone by.

It is also common that people take many New Year resolutions & try their best to mend their bad habits & start anew. People would also send New Year greeting cards to their relatives & friends who are not nearby.

The practice of visiting friends & relatives are usually common everywhere. Everyone used to have a gala time during such celebrations. There would be the usual party atmosphere. Then at exact midnight, the lights would be dimmed & a candle would be lit. A minute of prayer takes place. Then there could be the cake cutting which symbolizes a happy & prosperous year ahead. Then everyone one would wish each other a very happy new year & the party continues.

The youngsters i.e. the youths & teenagers might get together in pubs & have a booze bash & dance away the night.

Some places also follow this tradition wherein they make deafening noise to drive away the evil spirits who flocked to the living at this climactic season with a great wailing of horns and shouts and beating of drums. This is why at the stroke of midnight we hear the deafening cacophony of sirens, car horns, boat whistles, party horns, church bells, drums, pots and pans - anything that serves the purpose of producing a devil chasing din.

There are spectacular parades conducted like the Roses parade in Pasadena, Mummer’s parade of Philadelphia etc.

Luck in the New Year

It is traditionally thought that the first day of the year is symptomatic of the approaching 364 days. Accordingly, people try to spend the first day of the New Year in the best possible way in the company of family and friends. It was once believed to be a good omen if a tall dark-haired man visits your house on New Year's Day.

Traditional New Year foods are also thought to bring good luck. In many cultures, it is a predominant belief that anything in the shape of a ring brings luck, because it symbolizes "coming full circle," completing a year's cycle. It is primarily for this reason that the Dutch believe that eating donuts on New Year's Day brings good fortune. Black-eyed peas and other legumes have been considered good luck in many cultures. The hog, and thus its meat, is considered lucky because it symbolizes prosperity. Consuming cabbage is also considered a potential harbinger of good luck. In some regions, rice is a lucky food that is eaten on New Year's Day.

Finally to conclude let me end with some quotes;

We will open the book. Its pages are blank. We are going to put words on them ourselves. The book is called Opportunity and its first chapter is New Year's Day. Cheers to a new year and another chance for us to get it right!

How and Why Holiday Collections

How and Why do we celebrate halloween’s day?

How and Why to we celebrate Thanksgiving Day

How and Why to we celebrate Christmas Day

If you've found this article helpful remember to: