The clock is ticking, my friends! We are preparing to celebrate the beginning of a New Year. The end of 2010 and the first decade of the 21st century have almost arrived. The beginnings of the new millennium were sometimes arduous, and with a new decade and year fast approaching, men and women everywhere look to the future with guarded optimism. A symbol of our hopes for the upcoming year might rest in the blue moon which will usher in a new year and decade. A blue moon on New Year's Eve won't occur again until 2028, so if you're outside when the clock strikes midnight, take a look up into the sky and enjoy the moment.

How do people typically celebrate the end of a year? Each culture has its traditions and rituals, but few can top United States celebrations. On New Year’s Eve each year, the US shows the world it knows how to party. Many workers across the country have part or all of New Year’s Eve off to prepare for the merriment, and New Year’s Day is a national holiday. Virtually every fine hotel, restaurant, bar and casino in the country sponsors some type of festivity. These are usually formal dining affairs, with tie and jacket for men and cocktail or party dresses for women the norm. (This type of celebration is usually my preference, at least when I can afford it!) Major cities across the country host televised celebrations replete with song and dance, fireworks displays, and a countdown at midnight. As the clock strikes 12:00, friends, lovers and even strangers exchange an embrace and a kiss to usher in the New Year.

A Special Occasion and Holiday

What are some of the celebratory traditions surrounding New Year’s Eve and New Year’s Day in the USA? Most important is the New Year’s Eve Party. If public celebrations aren’t your cup of tea, a local party can almost always be found. Corporations will sometimes spring for a New Year’s Eve party for their employees and guests, or often friends will host a get-together. Sometimes the celebrations will be child-friendly, but often December 31st is considered an evening for adults. (Baby-sitters rake in the cash as adults pay top rates to entice teenagers into caring for their children instead of celebrating the event themselves.) Masquerade parties are sometimes a popular idea for this holiday celebration, as the masquerade adds an allure of glamour and mystique—especially if you really don’t know who is behind the mask.

Parties among friends and acquaintances involve formal dining less frequently than business-sponsored galas. The neighborhood party is more apt to offer snacks and beer or punch. The alternative is to bring food to share with other guests and whatever you wish to drink (BYOB). When the clock nears 12:00, noisemakers and fireworks are the norm. It is said that loud noises were thought to dispel evil spirits intent upon invading reveler’s homes, but in the 21st century they are primarily seen as a means to enhance the party spirit.

It is customary for a celebratory toast with champagne at midnight, and corks popping from bottles of bubbly add to the noisy, festive atmosphere. And, of course, everyone embraces for a kiss. Kisses at midnight are meant to signify closeness and intimacy for the coming year, so the pressure’s on, because a year without intimacy is like a day without… how did that orange juice commercial go?

If there is a band, it is traditional to play the song, Auld Lang Syne, a Scottish song that translates literally as “Old Long Since” but is meant as “Times Gone By.” Do you know even some of the lyrics to this song? I knew a few, but usually contented myself to mumble a few words or just hum the tune. The song reads:

Should old acquaintance be forgot,

And never brought to mind?
Should old acquaintance be forgot,
And auld lang syne?

We two have run about the slopes,
and picked the daisies fine ;
But we’ve wandered many a weary foot,
since auld lang syne.

We two have paddled in the stream,
from morning sun till din;
But seas between us broad have roared
since auld lang syne.

And there’s a hand my trusty friend!
And give us a hand o’ thine!
And we’ll take a right good-will draught,
for auld lang syne.

I’m not certain what picking daisies, running around on slopes, or paddling in the stream all day have to do with New Year’s Eve, but this song has been a tradition for a long time and everyone sings or hums it at midnight, including me.

A band usually isn’t available for the standard neighborhood party, but not to worry; there’s still Dick Clark’s “New Year’s Rockin’ Eve.” The ageless Clark began the show in 1972 as an alternative to Guy Lombardo’s big-band style celebration which catered to an older crowd. Featuring contemporary music, the show immediately became popular with younger audiences and is now an institution. Dick Clark suffered a stroke in 2005 and his role in the broadcast diminished, giving way to Ryan Seacrest. The highlight of this telecast is watching the New Year’s Eve ball drop from the flagpole atop One Times Square. The ball has been dropped each year since 1907, and an estimated million people will gather to watch this tradition, with millions more watching from home and over a billion spectators worldwide. This is the culmination of New Year’s Eve festivities for many revelers, but the next day offers its own tradition-enriched pleasures.

And then there's New Year's Day!

If you can shake off the cobwebs from the previous night’s entertainment, you can turn on your television and watch the Tournament of Roses Parade. First held in 1890, this parade is a magnificent spectacle with marching bands, equestrians and floral floats, watched by millions of people worldwide.

The Rose Parade is a prelude to the Rose Bowl in Pasadena, California featuring a matchup between the best football team in the Big 10 and the Pac 10 conferences. This game is colloquially referred to as “the Granddaddy of Them All.” It was originally scheduled to help fund the parade, but now is part of the BCS bowl lineup.

New Year’s Day is also traditional for beginning resolutions. 40-45% of American adult make at least one resolution each year. The top resolutions center on weight loss, exercise, or quitting smoking. Creating a budget is also popular among the American people, many whom are in debt. Typically, more than half of all resolutions made have been abandoned before six months passes, with one-quarter of these vows for improvement gone if not forgotten after the first week. (It’s not easy improving our lives!)

Local newspapers join in the spirit of looking ahead with articles reporting the first baby of the year born in the nearest hospital, but the papers also look back, typically recapping the top events of the year (or decade or millennium, as it were). Politics, natural disasters, the death of famous people, and sports milestones are favorite newspaper topics on January 1st, and it is fun to see how much really happened in the course of a single year.

Get your suits and dresses to the dry cleaners! Order the food! Buy some champagne and noisemakers! Plot your strategy for getting close to that guy or gal you most want to kiss at midnight. My resolutions are to lose 20 pounds and keep my dishes washed. New Year’s Eve is coming!!!!!

Time for a New Year!

Look ahead to the New Year! 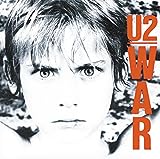