On the Fifth Day of Christmas

On the Fifth Day of Christmas - Five Golden Rings

Unlike the four collie birds in the previous stanza who just had their name changed to a different, and non-existent, species of bird, the five rings in this stanza have, in singers' and illustrators' minds, changed from five ring-necked pheasants to five pieces of jewelry. While gold rings for one's fingers have been around since ancient times, the word ring, even today, has different meanings. Today we refer to the platform on which boxers fight and wrestlers perform as a ring, a criminal conspiracy as a ring, jewelry for fingers, toes, ears, noses and belly buttons are all referred to as rings. As a verb we ring a bell, in America our telephones ring while in England they ring people up rather than call them up on a telephone as we do in America. Given the versatility of the word ring in today's language it is not unusual to discover that our sixteenth century ancestors used the shortened term ring to describe a ring-necked pheasant as well as jewelry for their fingers.

Pheasants are native of Asia but were brought to Europe, and later America, where they were released into the wild and thrived in the new habitat. According to many accounts Alexander the Great brought pheasant to Greece following his conquests in Asia. Later, the Romans, having conquered Greece and the surrounding areas, introduced the birds to Western Europe.

Pheasants have long been a popular game bird and pheasant hunting has long been a popular sport in Europe and the U.S. In medieval times and earlier hunting was reserved for the the nobility. Many stories relate to peasants going cold and hungry while surrounded by a forest full of trees and game. But it was illegal to cut the trees for fuel as they were the habitat for the animals (which the starving peasants were forbidden to hunt for food) that the local lord and his friends hunted for sport. Of course, the local lord and his friends did not simply kill the deer, birds and other game (other than foxes which, in England, were killed for both sport and to keep them from raiding the chickens and other domesticated fowl that were raised for eggs and meat) but followed the hunt with a feast where the products of the day's hunt were served.

Pheasants were a prized bird as they were both tasty and, more importantly, had long been associated with the nobility. Old legends, popular in the middle ages, tell of Jason and the Argonauts bringing back golden birds. It didn't take long for people to conclude that the ring-necked pheasants were a sub-species of these golden birds and from Roman times onward the eating of pheasants was reserved for royalty.

So the five golden rings in this stanza refer to five ring-necked pheasants, a dish that was sure to be served at some of the king or queen's Twelfth Night feasts during the Twelve Days of Christmas celebrations. 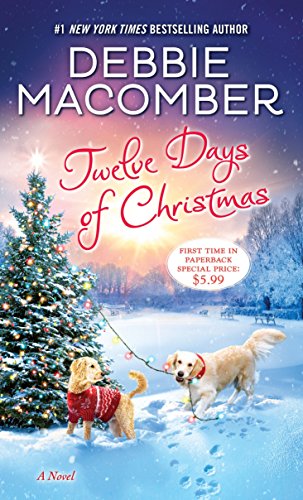 Links to My Other Hubs on the Twelve Days of Christmas