Wesel is located in Northrhine Westfalia in Germany. It is around 25 kilometers from the boundary to The Netherlands. Wesel had a famous citizen. According to Wikipedia; Peter Minuit was born in 1580 in Wesel. He was the founder of New Amsterdam, now New York. He bought the land Manhattan from the natives of America when he was working by the Dutch West India Company.

The fest is called PPP because there is a flea market where you can buy old things like used clothes, used books, kitchen utensils, lamps, CD´s, Video games, furniture and other things you can still use at home. Hence, the name Plunder which means junk. There is a concert as well in the city which produces beats and rhythms hence the Pauken word is used and the Promenade is where the people can stroll at the Rhine looking at the stalls selling junk things and enjoying a drive on a carousel at the fun fair. Food stalls are also everywhere. From bratwurst, french fries, crepes, popcorn, nuts and not to forget the beers and other beverages.

This year, the town of Wesel celebrated the 34th anniversary inauguration when this festivity started. On these three days, there were open air concerts in Kornmarkt, Flea Market through the Rhine promenade, fun fair and fireworks at the Rhine river. Usually, the celebration of PPP takes place on my birthday. I don´t really have to celebrate it because almost all Weselaner (inhabitants of Wesel) are enjoying visiting the places of events in the city. This year, I did not have my planned party because of the circumstances that could not be avoided, instead I went with my friend Grace to see the fireworks at the Rhine river. The fireworks took place at 10 in the evening.

It was the first time that Grace had seen the fireworks. The weather was not so good, there was shower every now and then but we had brought umbrella with us, a hat and besides that we wore jackets for sitting near was cold and windy. We had to walk with all other people about ten minutes from the parking place to the fun fair which was also at the Rhine. All the parking places near the Rhine were full so we had to park far from where we wanted to.

On our way to the Rhine, we passed through the yacht port were there were stalls for beers and food to eat. There was also a stage where a group was performing their songs. People were enjoying the show while drinking beers and eating Bratwurst with Brötchen (German sausage and bread rolls).

The Rhine promenade was already full of people who wanted to witness the fireworks. Some were standing and some were sitting on the grass in front of the Rhine. Grace and I are small that we were able to walk in between them to find our own sitting place on the grass. Thanks God I brought plastic bag to sit on so as not to get wet from the moisty grass. It was getting louder and louder that I could no longer hear the background music for the coming fireworks.

It was many years ago before my moving to Ireland that I witnessed the fireworks at the Rhine on the night of my birthday. Like this year I did celebrate the PPP fireworks at the Rhine with my close friend. The fireworks was wonderful. I was thinking the fireworks was for me and the people did not know it. I´m glad I was there this time. After the fireworks, Grace and I strolled around and we even drove the auto scooter until somebody kept on bumping our scooter that I was scared to be injured. Then we heard a live music in a tent and joined the dancing people dancing with the lovely music. Then we went home happily. My birthday fireworks was indeed a success.

Sources: Wikipedia and You Tube 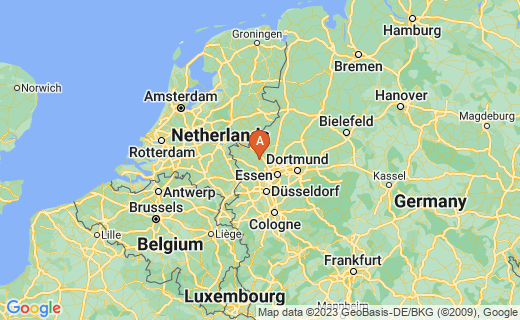 Other Hubs By The Same Author