Here's a quick and easy gag gift to make for your friends, family, coworkers, or anyone who has been on your Naughty list this year (or even those who've been Nice!). It's easy and fun. And kids love it!

Simply take a plastic Ziploc-type bag and fill it with mini marshmallows, popcorn, Hershey's Hugs, or any small white candies. If you'd like. you can also add some white sprinkles. Then attach one of the "snowman poop" poems below and deliver to your Naughty list recipient. 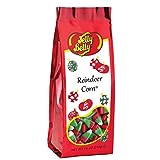 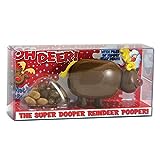 Snowman Poop Poem #1
This is the snowman poop poem that seems to be most common on the web. It's short, funny, and lets the recipient know that this gift is because they've been naughty.

I hear that you've been naughty.
So listen, here's the scoop.
Instead of getting coal this year,
You're getting snowman poop!

Snowman Poop Poem (Santa's viewpoint)
This variation is very similar to the poem above, but it's worded as if it's written by Santa Claus.

I heard that you've been naughty,
So listen, here's the scoop...
I'm running short on coal this year,
So here's some snowman poop!

Snowman Poop (Sweet Dreams Version)
This poop poem is a bit longer and abandons the idea that the recipient is getting snowman poop as a punishment. In fact, in this version, the sweet treat also promises sweet dreams.

In the cold of winter when snow arrives,
The snowmen dance and feel alive.
If you follow in their tracks,
You'll find little droppings from their cracks.
Round and white, so sweet and light,
Eat one or two for sweet dreams tonight!

Snowman Poop (Sweet Dreams Version #2)
In this version of the poem, the recipient is again getting snowman poop as a punishment, but they can still have sweet dreams.

Santa came and went last night
Traveling on his worldwide loop.
Because you weren't so good this year
You get no coal, just snowman poop.
Round and white, tasty and light
Eat some for sweet dreams tonight!

Santa looked at his list,
Even checked it twice.
And he's seen that you've not been very nice.
Since coal's so expensive, here's the scoop -
Santa's filling your stocking
with snowman poop.

Snowman Poo
You better watch out, you better not cry. Santa's watching and bringing "poo" instead of "poop."

He knows that you've been bad -
Santa's always watching you.
So all you get for Christmas
is this snowman poo.