The Ancient Roots of Mother's Day

On the second Sunday in May - May 8 in 2011 - families and friends will gather to honor mothers, grandmothers and aunts in many countries of the world.  For some, church service will be followed by an elegant late lunch while mom is showered with gifts, flowers, hugs and I love yous.  For others, the family will gather for a barbecue, a day at the beach or the park, or a similar fun family event.

This honoring of mothers is a relatively new phenomenon, taking hold in the last couple of centuries;  however, the roots of Mother's Day extend far into the past, before Christianity, to pagan times when female deities and goddesses were revered and worshiped.

One of the earliest known festivals to commemorate a goddess came in ancient Egypt. The goddess Isis was considered Mother of all pharaohs and was honored in an annual festival. Isis was wife of the god Osiris and mother of Horus. Egyptian mythology says that Osiris was killed by his brother Seth who cut his body into 13 or 14 pieces and through it into the Nile River. Grief-stricken, Isis wandered Egypt looking for his body. When she finally found them all, she assembled them and impregnated herself. The baby was Horus, the first pharaoh of the unified Egypt.

Little information about the actual festival exists today though Eqyptologists and historians believe the festival may have been held around the Winter Solstice. They also believe worshippers led the goddess, in the form of a golden cow with a black veil, seven times around the shrine to the dead Osiris in the temple of Helios. This was called "the seeking of Osiris", and represented Isis' wanderings around Egypt in her search for him.

The religion of Isis spread far outside Egypt throughout the Roman Empire into Italy, Greece, Spain, Irag, Germany, Britain, Portugal, Arabia and Asia Minor.  Temples were erected in Greece, Italy and Iraq.  The Romans held a three-day festival in her honor, also around the Winter Solstice. Though she was a popular and highly regarded goddess, her festival in the Roman Empire was mostly attended by female dancers, musicians and singers.

Though Isis played an important maternal role in Roman mythology, the Roman roots of Mother's Day are most likely found in the goddess Cybele, who was adopted into the Roman culture from the ancient Greeks.  Cybele was the Phrygian mother goddess, the deification of Mother Earth.  She was often called Magna Mater, the Great Mother.

Cybele was celebrated in a number of spring festivals.  Between March 15 and 28, Romans celebrated Cybele's most important festival, Hilaria.  The festival began as a commemoration of the death of Attis.  From March 15 to March 22, Romans mourned and abstained from bread, pomegranates, pork, fish and probably wine.  They could only drink milk.  March 23 was a day of mourning, followed by a day of rites and rituals.  The rest of the festival was a celebration.

The other festival held in Cybele's honor was the Megalensia festival held on April 4 which commemorated the day of her arrival to Rome.  On April 10 a procession of her image was carried to the Circus Maximus in celebration of the consecration of her temple at Palatine.  Races were held that day and though these two days in April were probably linked in a week long celebration, there is no evidence of occurred between the 4th and the 10th.

Cybele stemmed from the Greek mother goddess, Rhea.  Rhea was the mother of most of the gods, including Zeus, and thus held a special maternal position in Greek mythology.  Festivals to Rhea were similar to those of the Roman Cybele.  The main festival was held around the same time, in March or April, and included games and a procession down the streets.  In Asia Minor, the festivals also included eating honey cakes and sharing flowers in the morning, a practice that eventually spread to Rome and may be one of the precursors to giving flowers on Mother's Day.

The ancient Roman festival, Matronalia, honored the goddess Juno Lucina, the goddess of childbirth, motherhood and women.  The festival was held on the first day of the Roman calendar, March 1, and was associated with the dedication of a temple to Juno Lucina on Esquiline Hill.  This one day festival mirrors our modern day celebrations most closely of all other ancient festivals to mother goddesses.  On this day, women visited the temple and took part in various rituals.  They were allowed to wear their hair loose, something that was forbidden every other day of the year, and were not allowed to wear belts or any knots in their clothing.  At home, women received flowers and gifts from their husbands and daughters.  Husbands were expected to offer prayers for their wives.  Slave women were given the day off and the woman of the house would cook for them. 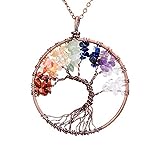 Funny Mug - Dear Mom: Thanks for putting up with a bratty child. Love. Your favorite - 11 OZ Coffee Mugs - Funny Inspirational and sarcasm - By A Mug To Keep TM
Buy Now