Extreme Elvis Fans can chase down The King's memorabilia faster than the rest of us and usually have everything Elvis before the rest of us have even heard of these items. However, it's still fun to look at all the Elvis memorabilia and wonder how the phenomenon of Elvis merchandise started and gathered to much momentum. I read that the estate of the super star was making $500,000,000 yearly as of 2002. Media reports were that Presley was the highest-earning dead celebrity. Perhaps Elvis Presley (or his estate) will become the world's first trillionaire!

If you want to give an Elvis collector who has everything an Elvis related gift, it's hard to find something new to them.

I succeeded once, however, by chance -- In a Big Lots store I found a shelf full of Elvis Presley ground coffee. The Presley estate is apparently into branding and marketing just as heavily as is the Trump empire - and more extensively today than in the 1970s. I remember episodes of The Apprentice in which Donald Trump displayed his branded water: Trump Ice. Anything is possible in marketing.

The Elvis gift industry is lucrative in America long-term and successful globally. This seems true even when few other business sectors are successful during economic downturns. People are still buying Elvis things.

I browsed in a gift shop recently that provided a floor-to-ceiling double-sided rack of hot sauces and found All Shook Up hot sauce with The King's likeness on the label. At least a hundred types of hot sauce were being sold and the staff told me about hot sauce collectors. If you like hot sauce and Elvis, this is just the ticket. 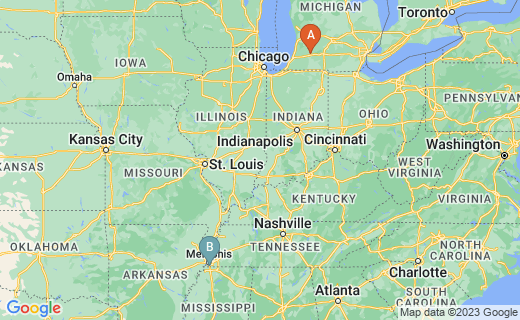 This city is often visited by one of the best Elvis Tribute Artists I have ever heard - Dough Church. Doug began his tributes when he was in the USAF

Fit For A King: The Elvis Presley Cookbook
Buy Now

Elvis's Own Recipes and Favorite Dishes

Until I began reading more about Elvis Presley and his estate, especially on some newer Australian Elvis Internet sites, I was unaware of the existence of Elvis cook books.

These volumes contain recipes that were his favorites, but one called Fit for a King, contains 300 recipes.

That's a mountain of food!

Owners of Fit For a King enjoy the recipes, especially those from Elvis's personal cook, as well as the accompanying photographs. The book contains rare photos of Elvis, his fans, and family, and some moving quotations.

Are You Hungry Tonight contains 50 of the best of Elvis's favorite dishes, along with the recipe for his 6-tiered wedding cake and some very good photographs.

This book's recipes include his Southern favorites, along with the vegetable dishes he enjoyed.

All recipes are written "from scratch", formulated before already-prepared and packaged foods became popular in American supermarkets.

Dozens of authors have written mystery novels in which Elvis Presley is a detective. Some individuals enjoy collecting these books.

Gifts You Haven't Thought Of

All of the food items above are fun gifts for the Elvis fan or Elvis impersonator. I like some of the spin off Elvis items like mystery series books and parody films, though. In fact, Bruce Campbell of TV's Burn Notice (finally on broadcast TV) is one of my favorites in Bubba Hotep as Elvis in a retirement home, having paid off an impersonator to take his place in a too-hectic life. It is a hilarious story! JFK is in the rest home as well.

Author Daniel M. Klein presents Elvis Presley in the 1950s and 1960s in the sideline of private investigator during his rise in entertainment. The stories are suspenseful and provide insights into some of the possible thoughts and emotions experienced by The King. Fans of Elvis Presley will fall in love with him all over again while reading these mysteries. I think he would have enjoyed reading them himself.

The first novel, Kill Me Tender, is about a series of murders and a set of evil parody recordings sent to Elvis, including Kill Me Tender.

While solving the murder cases, Elvis attends his high school class reunion and runs into old friends - and other people.

This is really a lot of fun for Elvis fans. All the rest of the series novels are just as good, touching on events in Elvis's own life as well as good mysteries.

If you like Dean Koontz novels as well as Elvis Presely, pick up the series of Odd Thomas in book form and another set of stories as graphic novels. Odd Thomas is an interesting crime-solving fry cook in California, accompanied in his life by the ghost of Elvis Presley.

Odd's landlady and boss is an Elvis fan and the other characters in each of the series are highly entertaining and unique.

The stories are refreshing and suspenseful, supernaturally charged, very engaging, and hard to put down.

Odd Thomas, the movie, is scheduled for release on March 28, 2014 in most metro market areas and should be a lot of fun to watch. Early reviews from the pre-release screening public state that viewers enjoy the film and it makes people laugh and cry "just like the book." Dean Koontz and his wife approve of the film as well, according to recent news.

Who is playing Elvis in the film? Unfortunately, no one. Elvis is not included at all.

Some fans like to dress as their favorite star for parties, attending Elvis Festivals and competitions, and to watch filsm during Elvis movie marathons at their local theaters. The items below are perfect for these events.

Many people enjoy dressing as Elvis for Halloween, Elvis Fest, and Elvis's Birthday and other parties. In addition, male and female Elvis Impersonators and Elvis Tribute Artists wear specially designed jumpsuits in their performances and national Elvis competitions.

Elvis jumpsuits are available "off the rack" for men, women, children, toddlers, and infants - but also for cats and dogs! If you see an alien dressed as Elvis Presley, it may be a new merchandizing item.

I found a nice assortment of well made Elvis Presley Christmas ornaments at Bronner's; CHRISTmas Wonderland in Frankenmuth, Michigan. These are collector's items that present Elvis in a number of poses, some with his Gibson guitar, and some of his favorite guitar alone. One line by Kurt Adler was of the ubiquitous Elvis in a jumpsuit, but in a variety of colors. I chose a purple jumpsuited Elvis. 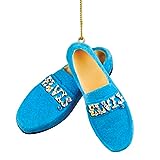 Decorate Yourself and Your Home as Graceland

The range of items in the Elvis Memorabilia business is beyond number. I recently discovered a line of Elvis Presley furniture. Some Trekkies and Trekkers decorate their whole homes, offices, or dental practices as the Star Trek® universe, but Elvis fans sometimes surpass the Trek obsession in décor.

The Elvis Presley Collection was begun around 2002 by Vaughn-Basset Furniture, specializing in such pieces as the Love Me Tender bed and Burning Love heart-shaped mirror among full bedroom suites.