Another Sad Consequence About Our Economy

For those that aren't familiar with some of Texas' holiday traditions, every year in Zilker Park in Austin, they would hold an event that's called "Trail of Lights." In the "Trail of Lights", people would gather around at Zilker Park, during the holiday season, to witness some of the creative Christmas lighting display. Walking a long trail along the park area, as families, friends and tourists would walk around Zilker Park to enjoy the show. The "Trail of Lights" has been a holiday tradition in Austin for quite a while, and it's one of the few holiday traditions that this city fully embraces. Heck, families don't just go there to see some of the fancy lighting displays, they go there to have fun, as even food and refreshments are provided as well. Sadly, as a wise man once said, "All good things must come to an end." Such is the case with the "Trail of Lights."

Unfortunately due to the economy, even cities like Austin that reside in some of the better states like Texas, are forced to make budget cuts during the recession. Therefore, in a council meeting, Austin has officially decided to cancel the "Trail of Lights" this year. It's sad really, as I can still remember the one I went to last year. The beautiful lights and displays. The children enjoying the sights. Although the city council isn't opposed to private business funding the "Trail of Lights" this year", it would still be a shame if there wasn't one. Therefore, if this is to be the year that Austin no longer has this event going for it, then I would like to dedicate this hub to the "Trail of Lights." 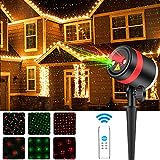 Remembering the time I went to this event

It seemed like only yesterday the lights were shining so bright, and it was probably one of the most beautiful things that I've ever seen. Not only were the lights festive and nice. In a way, it was very inspiring.

Sadly, I've only been to one of these events like once in my life, but the one time I did go, it was simply breathtaking. The view and decorations were just so beautiful. It's a shame many Austinites won't see it this year; most likely unless some company funds it privately. However, I hope you all enjoy some of these rare photos I provide, as I hope it gives all you the idea of Austin had going every year until now. Sure, other places have their own "Trail of Lights" around the holidays, but it's a shame we won't this year in Austin.

The Trail of Lights Poem

Never before have I seen anything lovelier in my life,

The lights and decorations were festive and glorious,

Children were in awe of it's infamous display,

While adults became children again in their hearts, as the event captured their imagination,

The beauty of this event is beyond compare,

How it was an event I shall not forget,

Although this event may not be around anymore,

It shall forever remain in my memories and my heart,

My only wish was that many other of my fellow Texans in Austin could have seen it one more time,

As it was truly a show to be amazed at, and one that shall not be forgotten,

Although the "Trail of Lights" is no longer here, it shall forever live on in our memories...