The May Day holiday, held on May 1st annually, is not celebrated much in the United States. This ancient holiday, dating back before Christ was born, originally was the Celtic festival of Beltane celebrated by the Druids in the British Isles. The festival marks the middle point of the year. The Druid calender begins on November 1st which is also All Saint's Day. It is also known as Samhain, the pagan harvest celebration.

The Romans celebrated May Day in honor of their goddess of flowers, Flora. May Day is a day for children to play games outside while enjoying the warmer weather and fresh air. Its also a time to celebrate the coming of the summer season!

The Maypole and Other Festivities

May Day is emphasized by using beautiful spring flowers. The villagers used to erect a pole (usually a birch tree trunk), decorate it with flowers and ribbons, and the children would sing and dance around the pole on May 1st, May Day. In many cases, they were accompanied by a piper. Each child would hold a bright, beautifully colored ribbon and dance around the pole holding on to their personal ribbon. This action created a beautiful pattern on the maypole that was made by a team of children dancing together.

The English, well known, Morris Dance takes place on May Day as well. In England, this dance represented six deer (men wearing animal antlers), a Maid Marion, and a fool. It was a lyrical dance telling a story of life and death.

Each year a May Queen is elected to ride in the parades on a floral decorated throne. She reigns over the May Day festivities. The children would sing and dance around the May Queen as much as they would the Maypole.

According to www.crystalinks.com,” May Day is a name for various holidays celebrated on May 1. The holiday is most often associated with the commemoration of the social and economic achievements of the labor movement. The May 1st date is used because in 1884 the American Federation of Organized Trades and Labor Unions demanded an eight-hour workday, to come in effect as of May 1, 1886. This resulted in the general strike and the Haymarket Riot of 1886, but eventually also in the official sanction of the eight-hour workday.”

I wondered if this is why the term, “mayday” was coined as a term for help. To spite it would have made a good story, I will tell you the truth. This is not the origin for the term, “mayday.” Please see the following link: http://en.wikipedia.org/wiki/Mayday#Mayday_protocol_summary

May Day originated in the ancient northern hemisphere. The most common celebrations have been held for centuries in the following countries:

So dress up in bright, spring colors, and enjoy the beautiful spring weather! Dance around the Maypole. Sing with your friends. Notice the beauty in your life and be grateful.

Thank you for your interest in my writing. I hope you were entertained, and will read more of my work. As always, please feel free to leave a comment.

Countries That Celebrate May Day 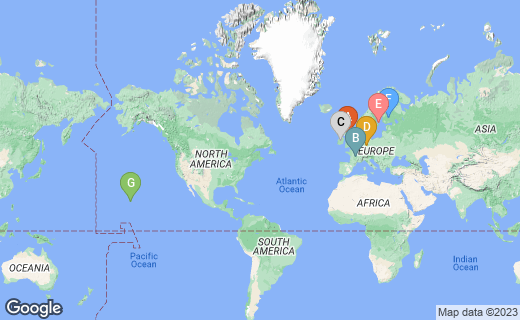