I saw the serene full moon on a night in December and was reminded of thanks-giving moon festivals among our Native Americans and First Nations throughout the Western Hemisphere. This also includes Mexican/Central/and South American Native Americans and associated groups.

The Indigenous People's Western Hemisphere traditions largely mandate thanksgiving every month of the year among these very interesting groups of historic peoples. The rest of us can learn about daily thanks from them.

Early white settlers often thought that native monthly festivals were tied to moon worshiping or to what they felt was paganism and things against the white religions brought from the Old World. However, these particular moon festivals do not seem to be worship ceremonies, other than to the Great Spirit for blessing His peoples with food and other necessities.

Narrow religious interpretations made by whites about native customs led to the Pacific Northwest potlatch becoming an illegal celebration for a number of decades in Canada. The ban was finally lifted in the mid-20th Century. 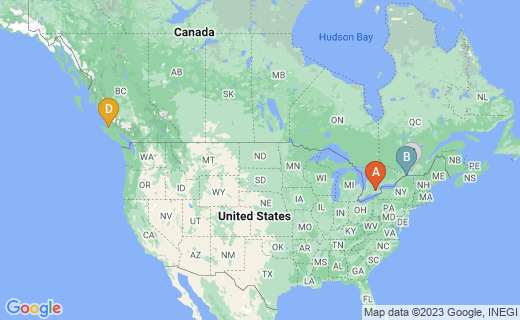 Reading through descriptions and opinions of moon festivals, I found mention of Cold Moon and Midwinter Festivals among both Eastern Woodlands natives and the Kwakiutl of the Pacific Northwest.

The two celebrations are quite different,but the few articles I found relating the two festivals at opposite ends of North America do not discuss the differences. Regardless, these festivals likely began on the west coast and carried through the lands of Canada and the USA all the way to the Maritime Provinces and the US Easy Coast.

Both coastal populations have traditional longhouses, but constructed of different materials and the Northwest big houses or plank houses are often painted with power animals and accompanied inside and outside by storytellers that take the form of the local carved cedar poles. However, some longhouses n the Pacific Northwest are also bark-covered, but taller than those built in the Eastern Woodlands.

Among Mohawk, other Iroquois, and other Eastern Woodlands groups, the Cold Moon Festival happens immediately after the new moon in December. For instance, the 2011 date is December 10, 2011 at 9:36pm EST.

This December moon is also known as the Moon Before Yule, since the time that Native America as a whole accepted Christmas.

Choosing Mohawk Nation, the easternmost of the Six Nations, to represent the confederacy, we see that the traditional longhouse as the center of Cold Moon Festival and January or February Midwinter Ceremonies. This is interesting, because the Kwakiutl big house is their center of celebration at the potlatch.

Both groups live in climates that can be very cold in winter, necessitating some sort of wooden structure rather than tents/tipis that have been used on the Great Plains and Canadian Prairies.

The similarity may be coincidence caused by climate. However, Haida descendant Dr. John Medicine Horse Kelly indicates that the Haudenosaunee (Mohawk) are the People of the Longhouse (bark covered) and that that Kwakiutl, Haida and most other Pacific Northwest Coastal peoples historically lived in cedar longhouses - we hear them called "big houses" (reference: Dance Canada).

Dream Guessing is my favorite part of Midwinter Celebration among the Mohawk and is described at the source in the embedded link. Several other activities occur for celebrants as well.

It looks to me that most of the initial Native American moon names were crafted by the Eastern Woodlands groups and adopted by incoming European settlers and placed into The Old Farmers Almanac.

Other native groups chose their own names for 12 or 13 moons annually, from the East all the way to the West Coast in North America..The individual moon names adopted by each group are very important to its members, as are the constellations that each group saw in the skies (they are different form our zodiac, for instance).

The Pacific Northwest groups seem to have a multitude of names for their full moons and the Kwakwaka'wakw or Kwakiutl are said to celebrate their two seasons of the year more than they commemorate moons or months. However, I found a single reference to one specifically Kwakiutl full moon - The Moon When Salmon Returns to Earth, in early autumn, which I put in October in the chart below.

Information gathered from storytellers and other professionals at Native American pow wows.

Tribe and Nation websites, journal articles, dissertations, published lectures, and books about Native Americans and First Nations holidays include interesting information and stories. I was struck by a paragraph in one article that described the Midwinter Celebration as being observed regularly by both the group of six nations in the Iroquois Confederacy and the Kwakiutl people. The fact that groups at opposite ends of the continent hold a Midwinter Celebration may be the only similarity in the festivities, but both are fascinating.

In the short article by Christina Delegans-Bunch, the author mentions no other aboriginal North, Central, or South Americans holding Midwinter festivities; and the Iroquois and Kwakiutl ceremonies seem the most widely available in the body of research literature.

However, the Hopi in the American Southwest celebrate a bean planting moon festival in January or February. A few other groups also break winter in the middle to celebrate, pray for future harvests and similar, and to give thanks.

For midwinter festivals, researchers write that the Kwakiutl celebrate their connection with their supernatural beginnings through the use of unique dances in "tseka" performances. In these, dancers wear strips of cedar bark and elaborately crafted masks to represent the power animals that founded their clans.

The dances use characters and stories from the people's history and foundation traditions. Kwakiutl Midwinter Celebration includes the beautiful dancing and celebration foods as part of a potlatch for giving gifts, discussed in Encyclopedia of Native American Religions. 2001, p. 333. Midwinter Festival is observed by many indigenous North American groups, but in particular by peoples at the opposite ends of North America.

The groups around Ontario, New York, Pennsylvania, Ohio and thereabouts; and groups that settled north and west portions of Vancouver Island, the Queen Charlotte Islands, and the adjacent British Columbia mainland, as well as Southeastern Alaska. 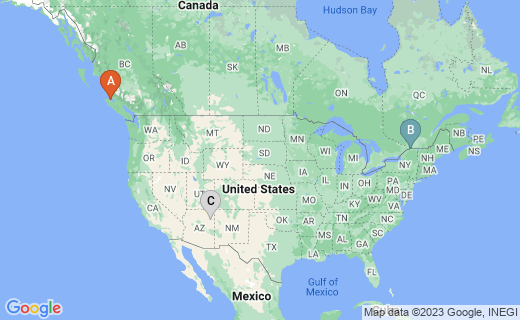