The Best Days and the Worst Days of the Year

Stephanie shows off her quirky sense of humor by taking a new slant on various current topics.

What are Lucky Days for a Happy, Long Lasting Marriage?

What Are the Best and Worst Days of the Year?

Since time began, people have tried to look into the future to determine their luck and choose the most opportune times for important moments of their lives. What are the best and worst days of the year?

As you look at the pristine calendar of the coming year, you may wonder what the new year has in store for you. Based on scientific research, old wives tales, phases of the moon and old English nursery rhymes, I’ve gathered the following information for you —the best and worst days of the year.

A Sample of Best Days

One of the most widely read sources of best days to do things, from digging post holes to cutting your hair, is the Farmer’s Almanac. According to the old farmer, who seems to swear by the phases of the moon, here are some days in January and February to mark on your calendar:

Get your copy of the Farmer's Almanac for more information 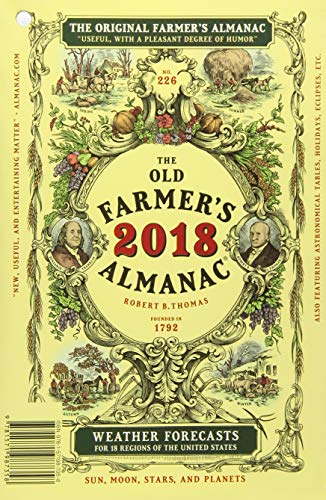 If you're looking to dig post holes or plant peas, be sure to check out the Farmer's Almanac for the best days to do it. They have a year's worth of recommendations in their annual booklet.

The Best Days of the Week

If you prefer not to rely on phases of the moon, here are some Best and Worst days of the week garnered from other sources.

Monday—Best day to call in Sick.

Ok, this one is only from my own experience, but you all know that the Monday after a big weekend is definitely the best day to call in sick. In fact, the British Medical Journal says that, because of heightened stress levels of the weekend, you are 20 percent more likely to die from a heart attack on Monday than any other day of the week. It's a good day to stay home and de-stress, I believe!

According to Time Magazine's MoneyLand, the very best time to buy things online is Monday. In particular, Monday is the best time to buy electronics, video games, computers and TV's on line. Prices will go up throughout the week on these items.

According to a health study by a major research company, we have the least amount of sex on Tuesdays. Might as well get some extra shut-eye!

Tuesday and Wednesday—Best Days of the Week to Book Air Travel.

Airline sales are released over the weekend, but then other airlines lower fares in retaliation. Take advantage of extra discounts by booking flights late Tuesday or early on Wednesday. You'll also get better deals if you fly on those days.

Wednesday—Best Day to Shop for Groceries, Gas and Other Items.

Wednesday can be your lucky day! According to some experts, Wednesday is the best day of the week to shop if you want to save on groceries, gas and other items.

When to Get Married

"Monday for wealth,
Tuesday for health
Wednesday best day of all
Thursday for curses
Friday for crosses/losses
Saturday no luck at all."

Wednesday—Best Day of the Week to Get Married.

See the sidebar for the Old English nursery rhyme that says it all!

Thursday—Best Day to Get Gas.

Fill up your gas tank on Thursday before 10 a.m. for the best prices before the weekend price changes. Shopping for clothes on Thursday evening will net you the weekend sales with an early bird selection!

Forget the shopping, and get some loving! According to an article in Psychology Today, Thursday mornings are when estrogen and testosterone levels are about five times the higher than they are at other times. Set that alarm early, guys and gals!

Friday—Best Day to Sell a House.

This is the best day of the week to list your house for sale on Multiple Listing. Redfin, a real estate brokerage firm has researched the best days to sell property and found that Friday listings are 19% more likely to be viewed by buyers and 12% more likely to sell quickly for close to their list price. However, don't shop for electronics on line on a Friday as the prices will be the highest of the week!

Saturday—Worst Day of the Week to Get Married, Best Day for Babies to be Born.

According to the rhyme in the sidebar, couples who get married on Saturday as destined to have “no luck at all.” But in the U.S. where the majority of weddings take place on Saturday, few believe in this old wives tale.

Have Your Baby on Saturday

Saturday babies are the most successful!

Old Nursery Rhyme About Birth Days - How True Is It?

Saturday—Best Day To Have a Baby

While Tuesdays are the most popular day to have a baby, it seems that babies born on Saturday have a higher success rate. The British Office of National Statistics shows that 28% of British Prime Ministers since 1900 have been born on a Saturday.

View the old nursery rhyme at right. How true is it?

If you'd like to know the day of the week you were born, check out this website: Day of the Week Birthday.

What Day of the Week Were You Born?

Believe it or not, there is even someone who has come up with an equation to calculate the most depressing day of the year. Luckily, he's also announced the happiest day of the year, too! What do you think?

January 24th —The Most Depressing Day of the Year

According to Welsh psychologist, Cliff Arnal, formerly of Cardiff University, Jan. 24th (or a date close to it) is the most depressing day of the year. Mr. Arnal got lots of press on this date which he claims is calculated from a formula he developed based on number of days from Christmas, amount of debt, weather conditions and a few other factors. Basically, the formula makes no sense to anyone else, but January 24th seems a likely a day as any for all of our Christmas follies and the dreary winter weather to catch up with us. If it weren’t my brother’s birthday, I’d say, let’s take it off the calendar, too!

June 23rd —The Happiest Day of the Year

Mr. Arnal has also determined the happiest day of the year to be June 23rd, or the Friday closest to it. The Happiest Day always falls on a Friday —obviously. It is based on a formula of outdoor activities, time until vacation, weather, nature, positive childhood memories and social interaction. It's also a great time to get an ice cream cone and go on a picnic. (I just made that up, but it's true,isn't it?)

Thanksgiving Weekend is billed as the worst time of the year to travel. But who doesn't want to go over the river and through the woods to get some of Grandmother's turkey? Over 38 million Americans travel over 50 miles away from home on Thanksgiving weekend. Statistics don’t verify it, but I believe 37 million of those travelers will be on their way to Black Friday sales!

Looking for a Good Deal on a Car?

Go Car Shopping on the Next to the Last Day of the Month!

According to consumer advocate and consultant Peter Humleker, the best time of year to buy a car is at the end of the year when dealers are trying to make room for next year’s models. That would be September, October or November. But wait until the second to the last day of the month before closing the deal as that is the date when desperation to meet quotas sets in and you can take advantage of it by negotiating the best price. For an even better chance of getting a good deal, go in on a Monday at the end of the month!

Buy a House on Christmas Day for the Best Deal

Believe it or not, the best day of the year to buy a house is on Christmas Day. A low offer made on Christmas Day is more likely to accepted for several reasons: Housing prices are the lowest of the year in December and purchase offers are almost nil on Christmas Day, competition is low and sellers who have their homes on the market over Christmas are serious about selling. Besides that, the seller may just be overwhelmed with Christmas spirit and in the mood to be generous.

Best Month to Get Married—June!

June is the best month to get married according to an old verse published in the Farmer’s Almanac. As the verse proclaims, get married in June and your life will be like a honeymoon.

What's Your Best Day of the Week?

Is there one overall BEST day of the Week? What is yours?

These Best and Worst Days of the Year are drawn from many places, from scientific studies to opinion polls, from old wives tales to phases of the moon. It would be interesting to note what you think of these Best and Worst Days. Do you have the best luck shopping on line on Monday? Is your Saturday's child on the road to greatness? You don't have to mention your Thursday activities at all, thanks anyway...TMI.

I'd love to hear what you think!

* Note: I'm a Saturday child, but I think my window of opportunity for becoming Prime Minister has been closed.