February Holidays For Fun With Family And Friends

Donut Day Is A Favorite Of Hops Fool On Fat Tuesday

This holiday comes from the Pennsylvania Dutch and celebrates donuts. It falls on Shrove Tuesday, also called Fat Tuesday, Pancake Tuesday, or Mardis Gras, before Ash Wednesday. We are to eat the very best foods, including donuts, in large portions in order to get all the butter and other fats out of the house, because the 40-day Lenten fast begins the next day.

Traditionally, a carnival has been held in Switzerland, Southern Germany, Austria, and other nearby places, but also across Pennsylvania and in American towns where clusters of German families live.

In Southern Germany, Hopfennarr or Hops Fool is an important carnival character. The carnival helps in driving out evil spirits and cold weather, calling on warmer weather and Springtime to arrive.

February offers more holidays than most of us think, so when the cold weather drags on too long, celebrate one of the following days.

On January 15, 1967 the Green Bay Packers of the National Football League (NFL) beat the Kansas City Chiefs of the American Football League (AFL) 35-10, in the first AFL-NFL World Championship, Super Bowl I, at Memorial Coliseum in Los Angeles.

The first week of February is Solo Diners Eating Out Week, from February 1 - 7.

February 2 - Crepe Day - Enjoy some crepes or invent some new fillings. It is also Sled Dog Day and Play a Ukulele Day. Some groups will be playing ukuleles in concert in shopping malls and other venues today around the world.

February 3 - The Day the Music Died. Unfortunately, this is the anniversary of the 1959 airplane crash death of the Big Bopper, Richie Valens, and Buddy Holly. We can enjoy their music today, though. Radio stations around America should be playing it, but you can download it to your iPod.

February 4 - Ice Cream for Breakfast Day! This is a fun day for kids and adults. Have you ever had ice cream on cereal? it goes better on a waffle and IHOP serves it that way. Try your local diner and ask them for it. This is also Thank a Mailman Day, so be kind to your mail carrier.

February 5 - National Pancake Day at IHOP and in Canada, it is Maple Syrup Day.

February 6 - Waitangi or New Zealand Day. In New Zealand, this holiday celebrates the founding of the nation in 1840.

February 7 - Wear Red Day. That will brighten up a snowy or dreary day. The holiday's purpose is to raise awareness about women;s heart health and the fact that in the USA, women are dying from heart disease almost at'the same rate as our men.

The Beatles in America
Famous first days: February 7 - 9, 1964. The world changed drastically and forever when this band came to the USA.
Buy Now

LeRoy New York Has a Lot of Jell-O 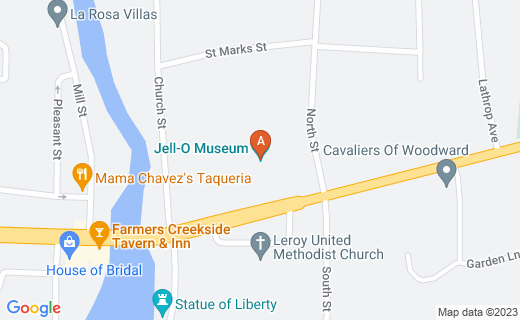 A Jell-O Gallery museum is operated by the Le Roy Historical Society in LeRoy New York.

February 8 - Kite Fying Day. It does not snow in all countries in February, so somewhere, people are enjoying their kites.I love to watch them. In a snowy country, you can make a kite and hang it on your wall to wait for Springtime. A kite making party might be entertaining to your friends and family.

February 9 - On a serious note, this is National Autism Day and Stop Bullying Day, emphasizing the need for more efforts in these causes. For fun, it is Laugh and Get Rich Day.

February 11 - National Visit a Shut-In Day and Get Out Your Guitar Day. You could do both of these at once and entertain a shut-in. It is also Extraterrestrial Culture and Visitors Day, so if you are in New Mexico or Area 51 in Nevada, be prepared for parties and ETs. Otherwise, have a Space Party with costumes.

February 12 - Plum Pudding Day. You would imagine this holiday during Christmas, but it is in February. Make a plum pudding, plum cake, or plum pie or cobbler.

February 13 - Get a Different Name Day. If you are ever tired of hearing your name all day, this is the day for you. Call me "George."

February 14 - Library Lovers Day and Ferris Wheel Day. You might read on a Ferris wheel or check out a book on Ferris wheels at the library. If a carnival is held nearby, go take a ride on the wheel.

Hold a Thanksgiving Party In February

February 15 -- The Kwakiutl Midwinter Ceremony during the full moon called Snow Moon, Cold Moon, or Hunger Moon. The Iroquois in the Eastern United States and Canada have Midwinter Pow Wows and ceremonies to give thanks as well.

The bird count sponsored by the National Audubon Society occurs every year. Gather your family and friends to count bird species and numbers in your backyards as well as in nearby parks small and large. Take photographs and enter the yearly photo contest. Submit your observations of birds at E-Bird, ebird.org/content/ebird/about/

February 18 - Snow Falls In the Sahara Desert Day. In 1979 on this date, snow fell for only the second time in recorded history.

February 19 - Thomas Edison Phonograph Day. In 1878, Edison patented the phonograph on this day. Anyone have a turntable these days? Vinyl records and turntables are once again being manufactured.

February 20 - Hoodie Hoo Day. In the Northern Hemisphere around the world, people are to step outside at noon, wave their hands around in the air and chant "Hoodie Hoo!" By doing so, they bring Springtime to their lands faster, even though their chant does sound like the great Cab Calloway's Hi De Ho!

February 21 - Cook a Sweet Potato Day. Many savory as well as sweet, sweet potato recipes can make this a fun and nutritious day.

Hi De Ho! With the Muppets

America still has a cadre of working cowboys and cowgirls on ranches in the Southwest. Cowboy Poetry contains humor, but is a serious genre of writing in which the top poets of Texas and the US have received numerous awards.

Cowboy Poets have appeared on TV talk shows, on radio programs, at rodeos and state fairs, and in spoken word recordings. Festivals are held to celebrate Cowboy Poetry.

If you have never heard any of this genre, it is pretty entertaining. The Texas event is announced yearly at texascowboypoetry.com/

February 23 - Curling Is Cool Day. - Take up the sport of curling.

Miracle On Ice Day. In 1980 on these dates, the US Hockey Team won the Gold Medal in the Lake Placid Winter Olympics, defeated USSR on the 22nd and Finland on the 24th.

Odditoriums thrive in New York, Florida, and Texas. List others that you may know in the Comments thread below.

February 27 - National Chili Day. Make some chili or participate in a chili cook off.

February 28 - US Snow Show Days begin. Make sure you have adequate footwear if you are in a snowy, icy place.

And for Leap Year once every four years:

February 29 - St. Petersburg, Florida Day. On this date in 1892, St. Petersburg was incorporated. The city places on several Top 10 Lists in America as one of the best places to retire.