What is a Leprechaun, Are They Real, and Why in Irish Legends

Leprechauns are impish little elf-like fellows dancing through the woods, popping in and out of sight, and always leading you away from their treasures.

A symbol of good times, fun, and the Irish. That's the modern day image of leprechauns, but it hasn't always been that way.

To understand the legends and myths of leprechauns, you first have to ask "What exactly are leprechauns, and why are they always associated with rainbows, pots of gold, and Ireland?"

Celtic Music as You Read

The origin of the legend of leprechauns doesn't start with good times, it starts with conquest. The behavior of popping in and out of sight wasn't playfulness, but a result of banishment.

And their pots of gold didn't come from rainbows, but the seas.

Why Ireland? Because of an invasion.

Discover all this and more as the story of the leprechauns travels banismentment to from surly old shoemaker to party animal.

The evolution of Leprechauns

From Tuatha de Danann to Leprechaun

The story of leprechauns begins with an invasion and conquest early in Ireland's history. In the 11th century Book of Invasions, it is told that the Milesians, (a Mediterranean people), invaded Ireland and conquered the early Irish inhabitants, the Tuatha de Danann, and forced them to live underground.

This was the beginnings of the leprechauns trait of popping in and out of sight.

At the time, leprechauns were a normal sized people, but as time passed and the legend grew, to comport with their underground habitat, their stature also began to become seen as smaller. A more befitting image for things that live under the earth.

Ireland Home of the Leprechaun Legend

Leprechauns are associated with Ireland because that's where their legend began.

The popular common name, leprechaun, was derived from the Irish word leipreachán, defined by Patrick Dinneen, an Irish lexicographer and historian, as "a pigmy, a sprite, or leprechaun - in the late 1800's, but the legend of the leprechaun was first recorded in the 11th century. In a book of early Irish history, and its invasions and conquests. 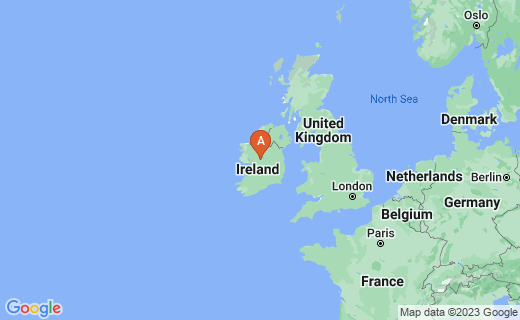 The Leprechaun: Shoemaker to Mischievous Imp

If you ask anyone born from the mid-twentieth century forward, what a leprechaun is, the most probable description will be of an elfish little imp that loves to play practical jokes, always wears green, and has a pot of gold hidden at the end of the rainbow.

And is Irish of course. Leprechauns have become almost a national symbol for Ireland.

That stereotype is further nurtured by the popularity of St. Patrick's Day celebrations and parties. After all, every good party needs a little fun, a little drink, and an iconic symbol to represent the celebration.

Thus began the transformation of the leprechaun.

The Early Image of The Leprechaun

The early legends of the leprechauns, (vanquished Tuatha de Danann), portrayed them as almost normal-size people, whose primary occupation was making and mending shoes.

Frequently portrayed as dressed in cobbler's attire and apron, working on a shoe in their lap, or counting their coin, (as in this wood-carving etching ), they were seen as old, surly, and gnarled from a lifetime of bending over lap-work.

Another part of this early portrayal relates to their now famous pot of gold. They were said to have been so miserly that they kept every coin earned in a black pot that could be easily hidden.

The Irish take their legends and history seriously, and both were heavy influences on Irish literature, which, although not the birth mother, was the nurturing mother that developed the image of the leprechaun to that of a magical little imp or fairy.

Combined with the rise of Christianity in Ireland, (the church needed to diminish the power of magical legends), the physical bearing of a leprechaun became that of a rather small fellow, or even a relative of a fairy.

When Irish poets and story tellers started writing and talking about Leprechauns, they had to be a little more descriptive. One early example, as described by Samuel Lover, writing in 1831, describes the leprechaun as:

... quite a beau in his dress, notwithstanding, for he wears a red square-cut coat, richly laced with gold, and inexpressible of the same, cocked hat, shoes and buckles.

A later portrayal by William Yeats is similar in most ways, but describes them more as solitary fairies, that wear red jackets. He went on to say that "trooping fairies," (different from leprechauns), wear green. This may have been the start of "Irish green" becoming the color of the leprechauns.

The Gold, the Magic, and the Rainbow

The concept of leprechauns and their pots of gold has two possible beginnings, one of which also ties into the legends of their magical abilities.

Besides the apparent magic of popping in and out of sight, leprechaun legends also say that if you catch a leprechaun, he has to give you his pot of gold, or, grant you three wishes if you let him go.

The rumored magic of leprechauns goes all the way back to the beginning, to the Tuatha de Danann. Old folk tales have it that they had magical powers, that they could command the waves of the seas*.

So while later depictions show them as miserly leprechaun shoemakers saving their coins in pots, the older folk tales say they got their gold from lost ship's treasure they found on the sea bottoms around Ireland.

*the old Irish folk tale version of the Milesian invasion says that the invaders were persuaded by the Tuatha de Danann to go back out to sea, a distance of 9 waves, and if they were able to return and once more take the island, they would be given all the gold and treasures of the Tuatha de Danann.

Just as the image of the leprechauns changed with the ages and the telling, it would seem likely that the origin of their pots of gold did also, and the magical beginning of the Tuatha de Danann version seems the more likely seed for the image we have of them today.

The rainbow in leprechaun lore has nothing to do with the being Irish, or Ireland, but everything to do with one physical attribute of rainbows. Namely, have you ever seen or found the end of one?

Of course not, because in reality the end of a rainbow is an illusion.

From a distance, a rainbow does look like it goes right down to the ground, and you could walk right up to it. But they don't. They end in the atmosphere, not on the ground.

Rainbows are merely light rays refracting through atmospheric water droplets. They are circular, and have no end.

And that fits perfectly with the magical ability of leprechauns to pop in and out of sight, and never get caught. What better place to hide a pot of gold than in a place that can never be found, because it isn't really there.

Did you know the history of Leprechauns before now?

Tracing the legend of the leprechauns started with their 11th century beginning in the story of the conquest of Ireland. Here they were portrayed as a magical but banished people.

Then, through the history of Irish poets and story-tellers into the late 1800's and early twentieth century, where they became a little more friendly and colorful, there still remains the leap to today's image of leprechauns.

How did the leprechauns of lore become the happy, beer-drinking, dancing and mischievous little imps of today.? Money and good times of course.

The Irish have a storied history of drink and dance, and good times. What better way to promote Ireland and capture some tourism dollars than promoting the lore of leprechauns. Tied in with the famous Irish St. Patrick of course.

So make those little imps cute and impish, add a little commercialization, and it's a win-win for everyone. Ireland wins. The celebrants win. And the modern day Leprechaun is born.