Did you know every March 18th is National AWKWARD Moments Day? This is a day I can truly identify with. If you know me, you know exactly what I mean.

I'm not gonna lie, I have never heard of this AWKWARD Moments Day, I only discovered it through my perusing the Internet. So you see, National AWKWARD Moments Day is the day to celebrate the fact that we all have those moments when things just don't seem to go right and you just want to crawl under the table and hide.

You know that awkward moment when everyone else quit laughing 10 minutes ago but you can't stop. It's just AWKWARD!

So to recap the important facts about this holiday, National AWKWARD Moments Day is the day to find humor, laughter and FUN to cope with these most uncomfortable situations. Life is really too short to take things so seriously. Don't you think?

READ ON and let's see if I can put a smile on your face.

Happy AWKWARD Moments Day to all of you!

That AWKWARD moment when

you walk out of a store and can't remember where you parked, so you go wandering around the parking lot until you see your car.

When all else fails, you should be confident in the fact that there is most likely an App for that exact situation. 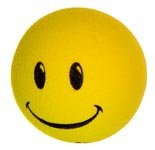 How to Remember Where you Parked your Car

scoured the Internet to find out as much as I could about National AWKWARD Moments Day and unfortunately found there to be no information out there.

When suddenly I had an epiphany, which has led me to formulate this conclusion. Since National AWKWARD Moments Day follows March 17th, which as we all know is St. Patrick's Day, I am thinking that March 18th makes the perfect day for all this Awkwardness. It undoubtedly is due to the number of pints of beer consumed the night before. Imagine all the AWKWARD moments. Now this makes perfect sense to me.

You pretended you were listening and now you realize a response is required.

The Zen of Listening: Mindful Communication in the Age of Distraction
This is an excellent book! It investigates important aspects of communication seemingly neglected today, utilizing different yet practical approaches to improve one's ability to listen.
Buy Now

you trip and when you look back, you see nothing there

Do You know about the Gas Arrow?

think the Auto Companies have failed on the marketing of this one, since so many people don't know this.

The Gas Arrow is a very tiny arrow right beside the picture of the gas pump, which tells you which side your car's gas tank is on! I know it sounds funny, but it does exist. I think this was made to help us avoid this one awkward situation.

all of your friends are laughing about a joke and you still don't get it.

iraffes have got to be one of the most awkward creatures. But that just makes them more lovable if you ask me. There are so many stories out there about this docile creature so I would assume the Giraffe has captured the hearts of many.

you realize that Kim Kardashian's failed marriage could have paid your college tuition for 2,833 years.

Awkward: Season 1
Narrated in the first-person voice of Jenna's blog posts, AWKWARD. captures the humor within the struggles and experiences everyone can relate to from their formative years. The series picks up in the aftermath of the accident as she must deal with a new not-so-fun stigma, while at the same time managing the other daily drama that comes with being a teenager. From a secret relationship with a popular guy, to being undermined by a mean girl, and parents who just don't get it-Jenna's misfortune will eventually serve as the catalyst for amazing change, but it's not without some missteps and mishaps along the way. Includes all 12 episodes, plus special features.
Buy Now 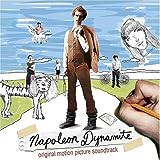 Movies and Shows which are based on AWKWARDNESS

The entertainment industry loves AWKWARD. Why? Because it is funny and it is human and most of all, it SELLS. We can all relate to these Awkward people or moments.

you still can't understand someone after they've repeated themselves about four times.

That moment you realize the boy you thought liked you, actually likes someone else.

y 16 year old son told me about Awkward Turtle when he learned I was writing this lens. Apparently it is the animal mascot of the Awkward moment. There is even a hand gestured used when an AWKWARD moment is encountered.

During an awkward moment, this hand gesture is used to mark the situation as AWKWARD, and, depending on the situation, makes it more awkward or ends the awkward moment. The awkward turtle is made by putting one hand on top of the other with the thumbs sticking outward and rotating backward. The speed of the rotating thumbs is relevant to the degree of awkwardness.

I am not totally getting the symbolism or humor here, but maybe I am just too OLD or too AWKWARD.

See the extremely short video to get the exact instructions on how to do this very AWKWARD hand movement.

11 Second Tuturial on How to do the AWKWARD Turtle 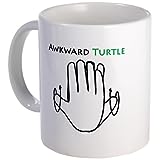 That awkward moment when...

Seeing someone at a distance that you know, you wave and say "Hey!" then as they come closer in your direction while giving you a confused look, you realize it's not the person you thought it was. 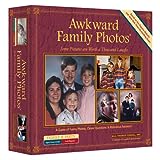 Thanks for visiting, please sign my guestbook and give me an AWKWARD thumbs up?

That awkward moment when...

the internet isn't working and you genuinely don't know what to do with your life anymore ..

Let's give it up for the Geeks, it's Geek Pride Day!
Get ready to fly your Geek flag on May 25th, in celebration of Geek Pride Day! A special day dedicated to those Geeks which we all know and love. So how did...

I wonder what this man has just said? Whatever it was it sure must have been AWKWARD!

Did you ever wish you could just hit the rewind button and start over?

Well, everyone has and probably too many times to count. Remember we are all AWKWARD from time to time. So this National Awkward Moments Day, embrace the awkwardness with laughter and humor. People may think you are strange, but really who cares!