Bafana, the "The Christmas witch", she's a good witch everyone. Don't be afraid. Bafana had Santa's job before Santa became the present delivery guy on Christmas. Bafana is a figure in Italian folklore. She's a nice old lady that possesses magical powers and flies overhead on a broom, like a yucky, bad witch, but she used to deliver gifts to kids in Italy. She came on Epiphany Eve (January 5), though. Saint Befana was considered a witch, only because she was magic. She was a good witch, way cooler than Glenda from the Wizard of Oz, because Glenda only gave ruby slippers to Dorothy. She didn't give ruby slippers to all the little girls in Italy. So, there!!! Epiphany Eve was a celebration of Christ's birth before we celebrated what is known today as Christmas as Christians. I use "we" loosely, I was raised Catholic, although I am not a Catholic now. This was a celebration for the "coming of Christ" & was separate from his actual birthday (the nativity), the reason why we celebrate Christmas for the most part. I also must admit, her magical broom is way better than anything you could see out of Harry Potter. She uses it to sweep the kitchen, too!

Bafana is said to have offered food and shelter to the three wiseman on the night they went to go visit Jesus in Bethlehem. She didn't know the way, but she told them to take a load off and have a snack before they continued on their long journey. She was like a super grandma who gives everybody snacks, and hooks you up with meatballs. I bet she cooked a mean sauce and an insatiable lasagna. The three wiseman asked if Bafana wanted to come meet Jesus, but she was busy taking care of her house and everybody around her. They were ok with that. She was a good lady, and too old to walk to Bethlehem from Italy. It was a long walk! Bafana's own child died, so she decided to become everyone's mom and grammy, and hook kids up with presents and snacks. That was her job. She doesn't want you to see her, though. Its a surprise. She gets grouchy if the surprise is spoiled.

Bafana's Shows Santa How to Give - What Does Bafana Bring?

Bafana followed the same rules as Mr. Claus. If you were bad, you were getting a big rock or coal in your stocking. If you were a good boy or girl and left her a small snack or a dinner and you were good to your parents and at school all year, you got a present, or presents, yay! Bafana came down the chimney just like Santa Claus. It seems Bafana taught Santa well, because he does lots of the same stuff as she did. Santa just took over when Bafana got too old to deliver presents. Just because you are magic does not mean you can't switch jobs. I'm not sure what Bafana is doing now, but I'll bet she is maxin' and relaxin' in a tropical location. Delivering presents is hard work! She used to carry around bags of gifts and candy, too, after all!

Bafana just does not want you to see her, although she looks very good for her age. You might feel a little tap of a broomstick if you try to see her. Again, she hates when the surprise is spoiled. Its just her thing! So, I will satisfy your curiosity and you can see her here! She looks like a cute little Nana. She rocks! People still party with Bafana, not just in Italy, but in some other countries, too. She's retired, but heck, she still likes to party like a rockstar! I mean, after all, she is Bafana, the old Santa. I'm pretty sure you have to be a saint to get the job Santa and Bafana have held, as the present deliverers for the world!

Bafana's Story - We All Have One!

Befana wished she went with the Three Wise Men!

If you were awesome like Bafana, you would have songs written about you, too!

Learn More About Befana - Where to Find Cool Befana Stuf!

Do you love Befana now, I do. She is awesome! 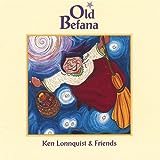