Bridget Jones "Mad About The Boy": Heroine For The Masses

Helen Fielding created a female masterpiece in her new trilogy, Bridget Jones Diary which is accompanied by Bridget Jones The Edge of Reason and the last Bridget Jones Mad About The Boy. While many people became acquainted with Renee Zellweger's spectacular portrayal of this character, her wild friends, and her whacky Jane Austen male love interests and opponents (played by Colin Firth and Hugh Grant) in the acclaimed on-screen version, it was Helen Fielding's pen and imagination that created these characters on paper, published as a book. Without Fielding's masterful character development, our beloved Bridget Jones would never have come to life.

I was not a Bridget Jones's Diary fan, when the movie was released. In fact, I hadn't read the book and really had no interest in seeing the movie. And then a gaggle of women dragged me off to see the movie saying, "You're gonna LOVE this - you've gotta see it." That was almost 10 years ago. It was my Mom who introduced me to the book and that was when I truly became addicted to the flawed, neurotic addict that Fielding created as Bridget Jones.

The third movie, Bridget Jone's Baby is about to be released. Here is the trailer! bridgetjonesmovie

I will be back to write more about this shift in the story.

All writing is copyright by me: Teapixie! :) Images are from Morguefile edited by Me!

Winner of The Purple Star

This purple star is a stamp of approval.

It's a testimonial that others have enjoyed their time on this page. I sure hope you do, too.

Men and Women Love Her

How can this be? Men want a woman like her, women want to be like her. Bridget Jones has a devil-may-care approach to her health, relationships, and job. Of course, she appears this way because everything we learn about her is drawn directly from her diary - a place where most people whine about their lives, describe their own flaws in detail, and excuse their own bad behaviours.

Fielding does not stray from the human condition of personal neurosis that the privacy of a diary can encourage. Jones smokes and constantly discusses stopping, worries about her weight but keeps drinking and drowning her personal fears in food, writes about the tattered marriage that is her parent's love connection, and tries to decifer what love looks like in her own little world.

For many women, she is the flawed version of themselves that they feel they see in the mirror, and she is attractive! For some men, she is the smoking, drinking, one-night-stand or short-term fun chick that won't expect her needs to be met.

When I say this character is full of flaws, I mean it. And I love it. Why? Because it makes me feel okay that I have my own. Do my flaws need to be less gargantuan than hers? No! Do I need to feel like my path through the world is smarter or better than hers? No! I just appreciate that someone has taken the time to reflect into society that great women don't have to be perfect.

Have You Read The Bridget Jones Books?

It's been a bone of contention, a controversy, you might say.

Is Bridget Jones a character that lays the female, feminist struggle at the feet of the male lion?

Is Bridget Jones a clear representation of the female need to be loved, just as she is, while also striking out independently into the world?

I truly believe that Fielding's exceptional achievement was her final Mark Darcy statement, "I like you very much. Just as you are." ~from Bridget Jones's Diary by Helen Fielding.

What do you believe?

All In A Day Of Women's Work

"Being a woman is worse than being a farmer there is so much harvesting and crop spraying to be done: legs to be waxed, underarms shaved, eyebrows plucked, feet pumiced, skin exfoliated and moisturised, spots cleansed, roots dyed, eyelashes tinted, nails filed, cellulite massaged, stomach muscles exercised.

The whole performance is so highly tuned you only need to neglect it for a few days for the whole thing to go to seed. Sometimes I wonder what I would be like if left to revert to nature - with a full beard and handlebar moustache on each shin Dennis Healey eyebrows face a graveyard of dead skin cells spots erupting long curly fingernails like Struwelpeter blind as bat and stupid runt of species as no contact lenses flabby body flobbering around. Ugh ugh. Is it any wonder girls have no confidence?" ~from Bridget Jones's Diary by Helen Fielding.

Do You Harvest and Crop Spray?

Did You Love Or Hate Helen Fielding's Stories?

Get A Literary View Of Bridget Jones's Diary

The World According to Bridget Jones: Discourses of Identity in Chicklit Fictions (Literary and Cultural Theory)
Take a look at what's been written about Helen Fielding's imagined world of Bridget Jones. Academics have taken the success of this storyline to heart.
Buy Now

It is a truth universally acknowledged that when one part of your life starts going okay, another falls spectacularly to pieces." ~from Bridget Jones's Diary by Helen Fielding.

I once had someone explain to me that there are three things in life: Work, Love, Health. And that I was only allowed to have 2 of the 3 working well at any one time. Because it is a law.

Do You Believe Helen Fielding's Law?

The Books, Already! - A FANTASTIC GIFT

Read the Books - There is just MORE. More of the thought patterns, more character development than either of the movies convey.

Are you celebrating Mother's Day? Valentine's Day? A Birthday? Christmas? Or any chocolate holiday for which a book would make a great gift? This series of books is a perfect gift for any woman. 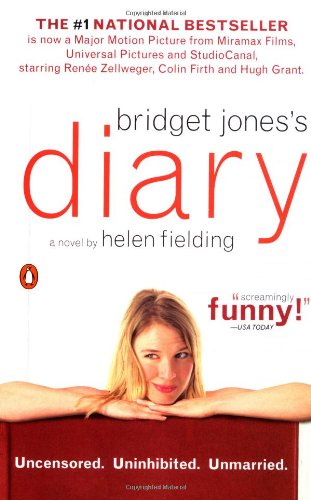 Bridget Jones's Diary
First in the series. Settle in for a night with the girls.
Buy Now 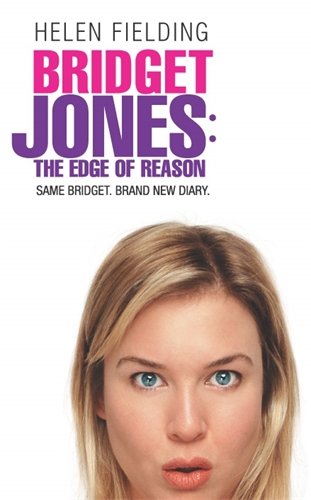 Bridget Jones : The Edge of Reason
Second in the series. Adventures abroad take Bridget to prison. This is not one to be missed.
Buy Now

Bridget Jones: Mad About the Boy
And what does life deliver for Bridget? Dig into this third in the series to see where life takes her.
Buy Now

The Romance Of A Convertible

The wind in your hair.

Your sweetheart at the wheel.

And you at your beautiful best.

Bridget Jones's Diary , Bridget Jones the Edge of Reason : 2 Pack Collection
I laughed! I cried! It was just plain fun and worth watching again.
Buy Now

Please read the last comment postings and consider how you could contribute to creating a ficticious online diary. Then, write your diary entry here.

Let's Have Some Fun With This!

(Thanks so much for visiting)

Write In Your Diary Here!