In researching my Civil War ancestor, I wondered what Christmas was like for the soldiers in their winter camps and for their families back home without them. I searched a number of sources, including some diaries by soldiers.

I hope it answers any questions you had about what Christmas was like in the 1860s during the War Between the States. If not, then leave your question in the guestbook and I will research it further.

In this family both parents are there, but during the war, many families would be without a father at home. The trumpet and drum are typical gifts of that time. The rocking horse indicates a fairly affluent family. One child has a toy sword and there's a figure of a toy soldier on horseback as well. In the lower part of the picture are alphabet blocks and a small Christmas tree. One child has its hand in a stocking. Other gifts in the illustration include a doll, a storybook, and a sled.

You will also notice that the family has seven children. In this era, families were quite large though some of the children did not survive to become adults.

Decorating the Christmas Tree in 1863

They placed a large baize covering over the center of the floor and tacked it down. Then a large stone jar (like a crock) was put in the middle with the tree placed in it. Damp sand was packed around the base of the tree. the crock was covered with a flounce of green chintz.

Long strings of bright red holly berries, threaded like beads upon fine cord were festooned in graceful garlands from the boughs of the tree. Tiny tapers (candles) had long pieces of fine wire passed through them at the bottom. Then these were twisted around each branch and twisted together underneath. "Great care was taken that there should be a clear space above each wick, that nothing might catch fire." The father rubbed a small drop of alcohol on each wick so that it would light easily. He used great care that none dripped on any part of the tree which would cause a fire hazard.

"Strings of bright berries, small bouquets of paper flowers, strings of beads, tiny flags of gay ribbons, stars and shields of gilt paper, lace bags filled with colored candies, knots of bright ribbons, all home-made by the family made a brilliant show at a very trifling cost."

Gifts such as dolls were seated on the boughs, and there was a huge cart for the little boy with two horses prancing. On the moss that covered the sand in the crock, they placed a set of wooden animals. "Various mysterious packages wrapped in paper and marked with the children's names were put aside."

"Eager voices shouted 'Merry Christmas,' as the little ones followed their older sister into the front parlor. It was entirely dark. Standing them in a row, at some distance from the folding doors. The doors flew open. The tall tree, one blaze of light, covered with tasty gifts, stood in the middle of the room"

You Can Buy Similar Toys Today

Toys like the ones given to children in the 1860s for Christmas gifts. These could be store bought in the 1860s or you could make your own sled, set of blocks and wooden rocking horse yourself. Reproductions of such toys are still being made.

Popular Toys of the Time

The Evansville Daily Journal (Indiana) advertised that every imaginable kind of toys (tin, wood, iron, and dolls of all sizes and kinds) were available from the merchants. Dolls came in wax, china, paper, linen, and wood. There were machine toys like steamboats, Monitors, engines, and carriages.

Also available were India rubber toys, rocking and spring horses, wagons, carts, sleighs, velocipedes, and children's cabs. Some of those sound unfamiliar to us today.

A velocipede was an early version of a bicycle or tricycle. Paper dolls could be fashion dolls to cut out and play with, but there were also paper soldiers to appeal to little boys.

With so many men gone into the armies, toys relating to military themes were popular, like a tin drum. The Monitor mentioned in the newspaper advertisement would have been a metal toy replica of the Monitor created by the military.

Many items are still popular today like the game badminton. In the 1860s, it was called battledore and shuttlecock.

My Civil War Ancestor Had a Little Daughter

Laura Ann Tower was almost 3 years old when her father enlisted in Company G, 93rd Indiana Volunteer Infantry. The war would continue on and three Christmases would pass before the little girl saw her father again.

Perhaps she wanted a china head doll like the one shown below. More likely her mother made her a rag doll for that Christmas.

Christmas Customs from the 1860s

Christmas During the War Years

Find out more about Christmas during the years 1861-1864, by checking out the items in the library and the Web sites listed here. What Was Christmas Like During the Civil War? | Librarypoint

God Rest Ye Merry, Soldiers: A True Civil War Christmas Story by James McIvor - This tells of a harmonious moment shortly after Christmas between the troops gathered for the Battle of Stone's River.

A Civil War Christmas by John C Rigdon - This short book (52 pages) uses letters, diaries, and other information to show what Christmas was like during the years of the conflict.

A China Tea Set for a Child

A Homemade Checker Board 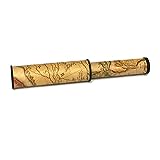 G.W. Schleidt KS145-40A Kaleidoscope Expandable Dark Continent French Motif
Unique with an old world map design on the outside. All ages find a kaleidoscope fascinating. As the patterns shift and change with each turn of the tube.
Buy Now

1869 Princess Dress for Young Girls Pattern
A sewing pattern from 1869, how cool is that. You can make a dress for a Civil War re-enactment.
Buy Now

I'd love to see this musical performed in a theater.

Trailer for A Civil War Christmas

I found a Harper's Weekly print called "The Wonders of Santa Claus" from 1857.

This gives you some idea of how the legend of Santa Claus was developing in the mid-1800s. Christmas was not even a national holiday at the time though it was a popular celebration across the country. It was in 1870 that it was established as an official U.S. holiday.

Read an 1861 Newspaper Online about Christmas for the Soldiers

Links to Information about Christmas in Civil War Times

The Quiet Little Woman: Tilly's Christmas, Rosa's Tale : Three Enchanting Christmas Stories
A gift of a story from the author to a family of girls who wrote to her about Little Women.
Buy Now

This gives you a first-hand account of what Christmas was like for the Union and Confederate soldiers in camp on the holidays.

I found a description by a soldier who was in Company G, 93rd Indiana Infantry with my great-great grandfather. Isadore Naviax's pension application described the activity of the regiment for Christmas 1862, saying that they marched from Holly Spring, Mississippi to Grand Junction, Tennessee. It was very rainy and bad weather, so Isadore became ill from exposure and measles. Obviously, these soldiers did not have a pleasant Christmas.

1864 Christmas for the Army - Newspaper Clipping

Transcription of the Newspaper Clipping

Christmas in the Army

To-morrow the Almanac designates as Christmas, but in the army, it will bear a very striking likeness to every other day. The hospitals, indeed, will have turkey bought with their funds. Some commissary will doubtless disappear in honor of the day. Some head-quarters will be decorated, and others will have dinner parties, but to the mass of the army, Christmas will be simply Sunday, December 25th.

General Grant probably designs, or others for him, some sort of observance of the day, for his dining-room was being festooned to-day with evergreen, and, in addition to that, some very passable impromptu Christmas trees were being manufactured.

What We Learned from This

People decorated with swags of evergreen and put up Christmas trees, or in the army, an approximation of a Christmas tree. Festive meals were prepared and shared. Turkey was part of the traditional feast, but not likely to be available to the average soldier. When the article says "some commissary will doubtless disappear," I'm guessing it means soldiers or staff will help themselves to provisions from the commissary without permission.

Christmas in the Country - The Christmas of 1864
A wonderfully authentic looking story of a Christmas long ago. Acted out by National Park Rangers.
Buy Now

How the Army of the Potomac Celebrated Christmas in 1864

Transcription of the Clipping

The Observance of Christmas in the Army

Christmas day was universally observed throughout the Army of the Potomac, but no unusual demonstrations were made. There were receptions at headquarters of many of the corps, divisions, and brigades, and in the afternoon a hurdle race was run near the residence of John M. Botts.

The various hospitals were bountifully supplied with turkeys. fresh mutton, and vegetables. Many an invalid soldier has occasion to commend the thoughtfulness of Dr. Letterman, who furnished the material for a sumptuous Christmas dinner.

Extra rations of whiskey were issued to the men, by whom it was generally used with discretion. The weather was cloudy and very cold.

Look how joyful the family is to have their soldier home for Christmas. The wife embraces her husband, while a youngster clings to his father's leg. Grandparents watch from the doorway.

During the winter the troops would set up winter camps. You can see an example of one in the Civil War Museum in Petersburg, Virginia. It was too difficult to move the troops around and hold battles during the winter.

Scenes and Music Depicting the Civil War and Christmas

The first video, a clip from a documentary about Thomas Nast, is a very enjoyable story. I'd like to see the whole show. The clip is just a minute and a half.

The second video shows a southern Christmas as a slave tries to escape.

The third video is a reading from a Civil War soldier's diary.

The fourth video is a southern Christmas about the troops.