People on your gift list will be delighted to meet these classic books in a way that is engaging and completely enjoyable - by listening to them as radio dramas. As we know, a well-rounded education includes literature, and we should all experience books that have become classics. But sometimes they're just hard to get into. The language is odd, the era can be confusing, the pacing is slower, and the descriptions go on and on. That's why Radio Theatre audio productions of classic books are a great gift idea, and a terrific way to be introduced to some of the well-known authors on must-read classics lists.

Why Radio Theatre CD's Belong on Your Shelves

The classic books listed on this lens have been abridged, dramatized and produced for radio by the experts at Focus on the Family's Radio Theatre. By listening to these audio productions, we become familiar with the plot. We get to know and understand the characters, their motives and struggles. We're entertained and inspired. Who knows, we may even be motivated to read the book after all. When we do, we'll certainly find it easier to absorb now that we know what it's about.

The books featured on this page are all considered to be classic literature. Some are appropriate for children age 8 or older. Others are best for teens and adults. If you particularly want stories that children will love and adult will appreciate too, visit my lens Five-Star Radio Theatre Classic Stories for Family Entertainment. You'll find more classics that are just right for kids, hand-picked by me.

At the Back of the North Wind - by George MacDonald

This is a children's story, a fairy tale that takes place in London in the 1800's. It's the story of a young boy named Diamond, the son of a poor family. Although he is small and not very strong, he cares about people, and in that is power to help them. Sometimes at night, the wind rattles around his windows. He tries to shut it out, but discovers that he is being visited by the North Wind. She is a beautiful being, cold and warm at the same time. She takes him on her back to fly out over the world, and even to visit the land at the back of the North Wind. 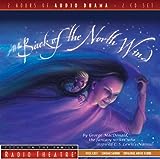 At the Back of the North Wind (Radio Theatre)

The author, George MacDonald , has written many books for children and for adults. One of the best known is The Princess and the Goblin. He was admired by C. S. Lewis (The Lion, the Witch and the Wardrobe) as a genius of allegorical fantasy.

Les Miserables takes place in France during the 1800's when times were hard, laws were harsh, and crime was severely punished, if the criminal was caught. We meet Jean Valjean as he has finished his time in prison for stealing bread to feed his sister's starving children. Four years for his crime, and five years for each of his three escape attempts have made him a bitter and desperate man. There seems to be no hope for him, and no future. Then the unexpected mercy and compassion of a priest changes the direction of his life.

Les Miserables is the story of good triumphing over evil, mercy confounding the letter of the law, and love proving more potent than hatred. Radio Theatre's production is is beautifully acted and produced with top British actors and a full orchestral score. The 3-DC set runs for 169 minutes.

Les Miserables is considered to be one of the world's masterpieces of classic literature. Victor Hugo is also the author of The Hunchback of Notre Dame.

Billy Budd, Sailor takes place at the end of the 1700’s during a time when seafaring was a way of life for many young men. It was an exciting and dangerous career, and even more so since mutinies had been threatening the Royal Navy. Conspiracy was punished with death.

Handsome young Billy Budd is an orphan, and as fine a seaman as you could hope to meet. He’s honest, kind and well-liked by all his shipmates. Pressed into service on the navy’s HMS Bellipotent, he is speechless when he finds himself falsely accused of conspiracy to mutiny. Nothing could be further from the truth, but conflict follows and leads to a court-martial. The law does not permit leniency or even justice.

This radio theatre production is a good one for families to share together. Deep questions are explored. There will be lots of whys to discuss. One reviewer said, “This adaptation of Herman Melville's "Billy Budd, Sailor" is one of the most moving and powerful stories I have ever heard.” 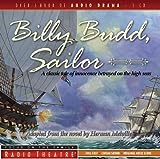 Herman Melville is also the author of Moby- Dick, considered to be one of the Great American Novels.

The Screwtape Letters - by CS Lewis

Suppose you could unlock another dimension, a spiritual dimension where you could eavesdrop on the diabolical schemes of a senior demon, Screwtape, and his junior apprentice, Wormwood. Suppose you could listen in and learn all about their plans. Would you? Suppose the conversations were written by C.S.Lewis with all his wry humour and deep insights in to human nature and spiritual truths. That would be very tempting. Add in that the radio theatre production stars Andy Serkis, who played Gollum in Lord of the Rings and is backed with a cast of other world-class actors, original music and recorded in 5.1 surround sound. How could you resist?

Hear what some reviewers have said:

"The production quality and acting are SIMPLY OUTSTANDING. Especially Screwtape. This dramatization is both funny and entertaining but I have also found it to be deeply thought-provoking."

Age 12 and up. Could frighten younger children. 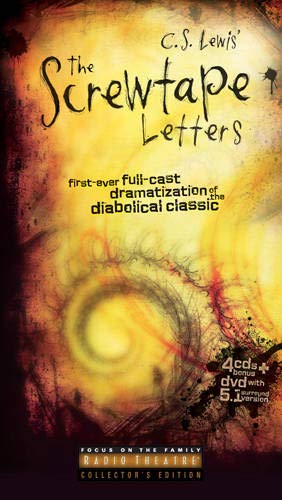 The Screwtape Letters: First Ever Full-cast Dramatization of the Diabolical Classic (Radio Theatre)

Author, C.S. Lewis, is probably best known for writing The Lion, the Witch and the Wardrobe, first book of The Chronicles of Narnia

I've also written a lens of titles from children's classic literature, If you looking for classics for a family gift, or you want to introduce some children you know to well-loved stories that have stood the test of time, why not visit my lens called Five-Star Radio Theatre Classic Stories for Family Entertainment. Here you will find five wonderful radio dramas the whole family, from youngest to oldest, can enjoy together.

Which of the authors in this lens have you read?