How to make your own Earl Hickey & Randy Hickey costumes

Here are the simple steps for dressing as Earl and Randy Hickey.

Earl Hickey and his brother Randy are colorful characters from the hit TV show "My Name Is Earl". At least they're colorful in personality. Their styles of dress are very ordinary, which makes Earl & Randy great candidates for easy and fun (and economical!) costumes to pull together for Halloween or any other costumed event.

With simple clothes, a few props, and a lot of attitude, a pair of brothers or friends can be the life of the party as Earl and Randy.

This page is a part of my larger page about Halloween costume ideas for brothers.

If you have boys who like humor, this can be a very enjoyable costume for Halloween. Earl and Randy are funny and offbeat characters, but at the same time they show a lot of brotherly love.

These costumes are good for older boys who might not want to wear a bunch of makeup, put on masks, or "dress funny". Compared to some other costume possibilities, Earl and Randy are pretty manly.

And you can pull together these costumes VERY cheaply. You may already have almost everything you would need.

How to make your own Earl Hickey costume

Earl dresses like a stereotypical working-class male (even though he's usually not working!). Clothing similar to his can easily be bought from a thrift store if you don't already have it.

Here's "the list" of clothes you will need to make your Earl Hickey costume.

Since his clothes are so ordinary, the right props and the behaviors are a crucial part of doing an Earl Hickey costume.

Here are the things you need to do to really embody Earl.

Stuff you might use to put together your Earl Hickey costume

Suave Professionals, Men's Styling Gel, Firm Hold, 7-Ounce (Pack of 4)
To get the "Earl look" with your hair.
Buy Now 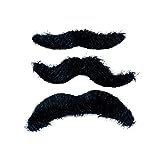 On "My Name Is Earl", Earl Hickey keeps a numbered list of all the bad things he has ever done. His life mission is to atone for every one of his misdeeds.

For a costume party, it could be a lot of fun to have some goofy transgressions written down for Earl's list.

Do you have any ideas for something funny to put on an Earl Hickey "list"? Share them here:

How to make your own Randy Hickey costume

Similar to Earl, Randy Hickey's clothes are simple and suggestive of the working class.

You can probably find the clothes you need for a Randy costume at a thrift store.

Randy's attire is so unremarkable that no one will know you are in costume unless you act the part.

Items you might use for a Randy Hickey costume 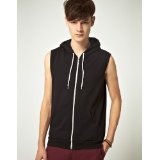 "My Name is Earl" costume poll

What character from My Name Is Earl would you most like to impersonate?

This page is also featured on my page of Halloween costume ideas for brothers.

Your comments are welcome