As the mother of two tween age girls I encourage them to choose costumes for Halloween and for parties that are empowering girls costumes, ones that will make them feel better about themselves and maybe even inspire a future career.

Unfortunately in the past few years there has been a movement away from classical and career costumes for girls and towards costumes that portray them as being sexy or as sexualized characters - the sexy police officer, the bratty army officer, sexy crime fighter, super hero or nurse.

In looking for girls' costumes to add to this page, I was not able to find a girl's version of a Swat Team costume, a CSI investigator costume, An Astronaut, a scientist or a pilot. Okay, there may have been sort of one for a pilot, but it was a sexy top gun costume dress, which doesn't count.

To paraphrase an old Justin Timberlake song, "We're taking not being sexy back" for girls and their Halloween Costumes encouraging them to wear non-sexualized, empowering and enjoyable Halloween costumes.

In doing this we will be making it all right for girls to be girls, to not have to be defined by sexualized Halloween costume, to choose to be whatever they want to be, to shine in her own spotlight and be a character that is defined by her brain and abilities instead of how sexy she looks in a costume.

Find out what happens with Miss Representation's Intern Leah D. goes inside a Halloween chain store to explore the costume choices for little girls from MissRepresentation2

Girls Can Be Anything

You've Been Sparked on Halloween

I thought I would use some of the lines from popular songs to let you vote on what should be done about girls' costumes.

What should be done about girls' costumes?

What do you think about the Halloween Costumes for Girls and Tweens?

Some of the classic costume choices for girls to remind them they can be grow up to be anything include:

Who would you add to the list of good costume ideas for girls or tweens?

Dress as a Character

Stella Ehrhart is setting a new model for young girls. This third grader has been coming to school dressed up as a different historical figure or character for more than a year. She started dressing in character the second day of second grade.

She uses her book 100 Most Important Women of the 20th Century for inspiration. Some of her characters include:

Stella's book of inspiration, 100 Most Important Women of the 20th Century was published in 1998 and is in limited supplies. I found several other books on inspiring women to inspire your costume selections.

Lives of Extraordinary Women: Rulers, Rebels (and What the Neighbors Thought)
Buy Now

Women of Our Time: An Album of Twentieth-Century Photographs
Buy Now

Her Story: A Timeline of the Women Who Changed America
Buy Now

These lenses feature many famous women in history, science and medicine that would make great Halloween or party costumes.

Books for Girls on Famous Women in History, Science and Medicine
My tween-age daughters were wondering why they weren't learning about famous women in history in their classes at school. Since I couldn't come up with a re...

Famous Women in History, Science and Medicine
What do you do when your young daughter asks "Why don't we learn about women in school?" If you are like me, you go looking for answers. What you w...

Classic and Historical Costumes for Girls 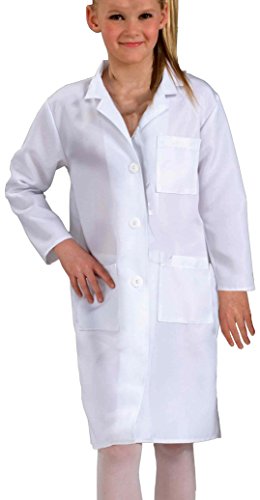 There are many historical figures to choose from, but fewer official costumes for girls. 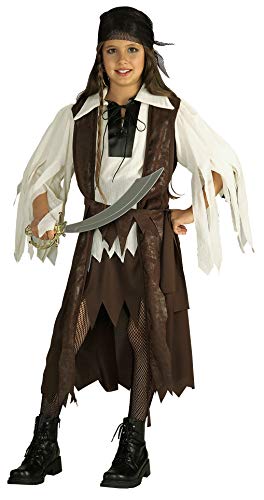 Angelica Pirate Costume & More
Penelope Cruz is the new Pirate Angelica in Pirates of the Caribbean On Stranger Tides. Her character Angelica Malon was one of the hot female costumes for 2...

Puss in Boots Costume Ideas
DreamWork's Puss in Boots is a fun costume character for Halloween. The Puss in Boots costume is a combination of a dashing, swashbuckling pirate, an unmaske...

Easy Halloween Costumes
With a bit of imagination and a little time, you can create a variety of easy Halloween costumes. Many of these ideas include using just a few items, items y...

Fancy Nancy Costumes & Costume Ideas
Fancy Nancy is a little girl who loves to dress up for every day, for tea parties and especially for costume parties. She's been a ballerina, a butterfly, a ...

13 Ways to Cloak Your Identity for Halloween
One easy way to create a fast, fun, simple and unique Halloween costume is to start with a mask, cloak, cape or robe to hide your true identity. Hallow...

Creative Last Minute Halloween Costume
In this lens you will discover a collection of quick and easy, creative Halloween costumes helpful for those waiting until the last minute, or the week befor...

Take Back Halloween is a resource guide for Halloween costumes that allows girls and women to portray a specific person or character.

Things You Can Be On Halloween Besides Naked!!!

A humorous and a PG look from Emotistyle with suggestions for dressing up for Halloween without just dressing in your underpants. More appropriate for Tweens than young girls.

Articles on the Sexism in Halloween

More articles to support the fact that Halloween, particularly for women and young girls is focusing on the sexy aspect of the costumes.

Any other thoughts you want to share on providing girls with empowering costume ideas?