Oh yes, and an enchanting fairy garden to hold it in, and of course, some fairies!

How to Hold a Fairy Garden Party

Step One: Pick a fairy theme!

Food for a Fairy Garden Party

Want some yummy food and drink for the perfect Fairy Party?

Here are some ideas: 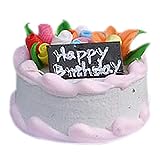 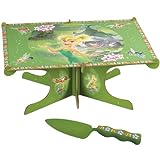 Have You Held a Fairy Garden Party?

Vote here if you've had a fairy party, or want one asap!

Fairy garden parties - yes or no?

Supplies for a Fairy Garden Party

When providing plates, tableware and other party paraphernalia, you could go for a fantasy-style selection (for example, traditional, country cottage, posh, glitzy, gothic).

Or if it is a children's party, or you want to have some fun, then pick actual fairy-themed items!

Pick pretty, delicate fairy designs for your fairy plates, to create that "flower fairy" look for a sweet garden party! 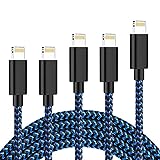 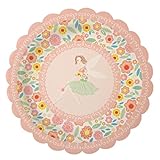 Decorations for a Fairy Garden Party

To hold a proper Fairy Garden Party, you need to have a fairy garden! Visit my other lenses to find out how you can do this, and you will have the perfect setting for your fairy parties!

Once you've got your garden looking great and feeling fairy-friendly, it's time to decorate! And boy do the fairies love pretty trinkets! (Not to mention a party!)

Why not try these ideas?

* Fairy lights strung around a table, parasol or gazebo

* Wreaths made of seasonal flowers and leaves

* Natural confetti (such as rose petals)

* Fairy treasure - set up little chests around the eating area with gold coins (chocolate!) and jewels (crystals or jewelry)

* Miniature dolls house tableware and condiments - for the fairies! 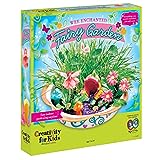 In the run up to your party, go out into your fairy garden and ask the fairies to bless the coming event, and invite them to join you. Fairies love dancing, music and general revelry, so make sure you have lots of games and entertainment!

If the fairies accept your invitation, you will most likely see signs of them at your party. A ring of mushrooms may spring up out of nowhere next to your eating area, or birds and butterflies will come closer than usual to you and your guests!

If there is anyone musical at your party, play! Fairies love to play pipes, flutes and other instruments, and will be fascinated by your merry-making.

Dress Up in Fairy Outfits!

A true fairy garden party has to include fairies! Let your little ones have great fun dressing up in these beautiful fairy costumes. Sparkly adorned dresses and glittery wings, with fairy crowns and fairy wands... alternatively, make your own outfits or accessories. A twig and berry crown looks amazing!

And Don't Forget the Most Important Aspect of a Fairy Garden Party...

The garden! Place your eating area close to some beautifully scented flowers like honeysuckle or jasmine (even better, grow them around a gazebo!), and next to something eye-catching and soothing, such as a water feature if you have one.

Think about shade, as not everyone is a sun-worshipper - perhaps setting the table near a much-loved tree?

For play, games and dancing, choose a spot where there are some strongly scented bushes such as lavender or rosemary - whenever someone brushes against them they will release a beautiful aroma!