Wallpapers are a great way to get into the Christmas spirit, as you can use them as a continual reminder of the terrific day as it approaches, and of course when using images such as those characters from the world of Disney, you get to celebrate Christmas while enjoying it being presented by some of your favorite characters.

Free Disney Christmas wallpapers are designed within a certain brand itself, for example, a Mickey Mouse theme, a Disney Princesses theme, Winnie the Pooh and Tigger or Beauty and the Beast, among others.

But my favorite Christmas wallpapers from Disney are those which include characters from a variety of story lines and shows, as they are almost like a photo from a family reunion, full of people you may never see again in a group together.

Add to that a variety of Christmas scenarios as part of the wallpaper images, and you have a great combination to enjoy throughout the Christmas holiday season.

You can also have several, or even more on hand to change them up over time so you can get a variety of Christmas characters and themes from Disney to enjoy. 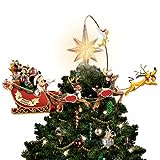 If this isn't a typical and expected scene regarding characters of the show during Christmas activities, I don't know what is.

How cool is it to see Mickey Mouse and Donald Duck sledding together while looking on with fascination and laughter at the turtle keeping up with them while sliding on his back with no effort?

Also really funny is that set of goggles apparently ready for use if weather conditions get worse and he needs to see better while he's sliding down the hill.

The color on this image is fantastic, and would look good on any computer or screen you may want to view it on. 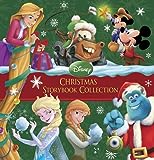 Disney Princesses are among the favorite of Christmas wallpapers, and with good reason, a plethora of outfits can be used on the ladies to make a large number of scenes which differentiate from one another for the holiday season.

This one with them dressed up in gorgeous gowns is an outstanding image, and for fans of the Princesses, an awesome image to gaze at and enjoy for the Christmas season.

I really like the way the gowns are so different in style and looks from one another. 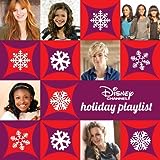 If we're going to include some Disney Princesses as part of a look at what's available for free Christmas wallpapers, I guess it's only fair that we also get a look at some of the dashing Disney Princes that have been part of the Disney brand throughout the years.

It's not too often that you find or see what would be considered a group portrait of these famous Disney guys, so it's enjoyable to see a Christmas wallpaper of these Disney prince's together in one shot.

What fun this Christmas wallpaper is of the numerous characters from Disney riding the friendly train.

It's hilarious to see Grumpy, being, well, grumpy, while one of the little ducks attempts to give him a candy cane. His posture and continence is caught perfectly.

Also terrific is little Jiminy Cricket right on top of the front of the train, just a little above the eyes of the train in that little red area. Very funny.

I like this wallpaper image because it includes a grouping of characters that is a little unusual of a combination, including some of the Dalmatians, along with Winnie the Pooh and the others.

In this final example of free Disney Christmas wallpapers, we have another disparate group of Disney characters, this time working together (at least most of them) to decorate a Christmas tree.

There's so much going on in this image that you almost have to go from character to character to see and appreciate it all.

In the foreground is the reason I said most of them are working together to decorate the tree, as Mickey and Minnie are evidently participating in a celebratory Christmas dance together.

This is really a fun Disney Christmas wallpaper. You have Aladdin holding Jasmine while she is about to put a decoration on the tree, as are the seven dwarfs, who together are standing on one another's shoulders to also put up one single Christmas tree ornament.

Pinocchio is carrying some garland while Dumbo is flying around the tree stringing it up.

The Beauty and the Beast appear to be demurely looking on, while Pluto is getting all excited right next to them. How about the Genie holding up Donald Duck while he places the star topper on the tree. And that is only part of the activity shown in the Christmas wallpaper.

This is one that would take a while to get tired of, as there is so much to discover that is being shown in it. That's what makes Disney Christmas wallpapers so much fun to use and view.

That was a lot of fun looking at these many characters from Disney shown interacting in a variety of Christmas wallpaper scenes.

Since you don't get a lot of opportunities to see different Disney cartoon characters interacting with one another too often, it's a great chance to have them on a computer or other screen to enjoy at different times during the Christmas season.