Whether you practice the Gothic lifestyle or not, Halloween lends itself to great costumes that fit in really nice with the focus of the fun day.

There are any number of Gothic Halloween costume designs you can choose from, including the typical horror type, or spin offs from there that take advantage of much of what outsiders consider the Gothic look.

Of course if you consider yourself a Goth, all you have to do is make a few adjustments to have a fun Halloween costume, as you already have the makeup and wardrobe foundation to work from.

Either way, Halloween is a great time to wear a Gothic costume, and below I've included a bunch of photos to give some idea on what you could put together yourself or buy to wear for the frightful day.

These men's Gothic Halloween costumes pretty much speak for themselves, as the vampire or Dracula costume look is always a part of this particular theme.

While I like all of these Gothic costumes, probably the one I like best is the hooded, middle one, with the unique and mysterious look. Very cool Gothic trench coat costume.

I also like how all of these Gothic Halloween costumes keep with the normal black theme of Goth, but more importantly, for Halloween. Not all Gothic clothes are black of course, but at Halloween that is almost a must for men's Gothic costumes.

I just had to throw in this funny but effective costume of a vampire in a coffin. The first time I saw this I thought he was lying down, but then realized after looking for a second time that he was standing up, which adds a lot of possibilities for those wanting to position themselves in strategic places around the house or party to scare the daylights out of people. It's an awesome Halloween costume idea.

While I've followed Gothic fashion for awhile, I havn't performed a search for Halloween costumes with a Goth theme before, and when looking at both the men's and women's Gothic costumes, I was amazed that they were so nice looking, and with the women's I was surprised at how cute and fun they looked.

They are simply among some of the best Halloween costumes I've seen (in my opinion), and work in almost any circumstance, as they're not overly dark to the point of not being able to be enjoyed in any setting, and in fact are very unique and compelling, with combinations you really can't find anywhere else.

From Gothic female angels, the school girl look, Gothic bride costume, to mom and daughter Gothic Halloween costumes, they all are something that look and wear nice for any Halloween party. Enjoy all the great Gothic women's Halloween costumes below. 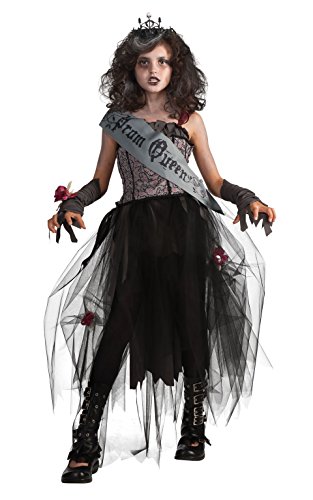 As I mentioned earlier, this is among some of the best Halloween costumes I've found, and the Gothic costumes are really great looking for both the guys and the girls.

What isn't there to like about them, and they're readily available. If you're crafty you could put some together yourself with not too much difficulty, as the major Gothic costume themes are fairly easy to make. All it takes is the right material and colors to make them. You can also use existing color that are close to the theme to make the costumes.

Either way, a Gothic Halloween costume could be exactly what you're looking for to stand out this Halloween, and looking at these here you can find anything within the Goth costume parameters you are comfortable working with.