Hanuka, the Festival of Lights

The Most Misunderstood Jewish Holiday

People do a disservice to this fun holiday by calling it "The Jewish Christmas".

Hanukka is much more than gifts. It's also much more than just lighting candles, eating Latkes (potato pancakes) and sufganiyot (donuts), playing dreidel (sivivon in Hebrew -- a game played with a top-like toy that commemorates the game the Jews of the time would play when the Greek-Assyrian soldiers would try to catch them learning Tora (which was punishable by death)). Hanukka represents a time when the Jews of Israel found for, and won, their freedom to live and worship as Jews.

In ancient times, when the Jews were in the Land of Israel and the Holy Temple was in existence, a candelabra, called a Menora, with 6 branches around a center light called a Shamash or helper "candle", was lit every day with pure olive oil.

In the second century before the common era (BCE), Alexander the Great's empire was broken up into pieces. The piece that included Israel was ruled by the Greek Assyrians. One of the Greek Assyrian rulers in that time was Antiochus Epiphanes. He didn't like the Jews being different, so he tried to force the Jews to follow his Greek mythology. He put a statue of Zeus in the Holy Temple.

The sons of the Kohain Gadol (High Priest) Yohanan decided to fight. Yohanan's son Yehuda (Judah) took the name "Maccabee" which means hammer in Hebrew. Yehuda got up and said "Mi L'Hashem Eilai" -- whoever is with Hashem (G-d) should come with me. They collected an army and revolted against Antiochus.

When they got to the Temple, the Maccabees wanted to light the Menora, but they couldn't find any pure olive oil with the Kohain Gadol's seal. They searched and searched through the debris and finally found one container of oil, only enough for one day. They knew it would take 8 days for new oil. And they could have used 1/8 of the oil each day, but they decided to put all the oil in the first day. Miraculously, the oil lasted not just the one day, but for the entire 8 days, until new pure olive oil could be brought to the Temple.

The customs for Hanuka include lighting candles each night of Hanuka (and placing them in a window that overlooks the street to publicize the miracle), eating latkes (potato pancakes fried in oil) and eating sufganiyot (Hebrew) or bumelos (Ladino) (different kinds of fried pastries). We add prayers thanking G-d for all the miracles (S)He performed for us in the past. And we play with a sivivon (Hebrew) or dreidel (Yiddish), a top with letters on it representing the phrase "Nes Gadol Haya Sham [Po]" A great miracle happened there [here].

The Greek Assyrians soldiers were told to kill any Jew caught learning Tora. So the Rabbis who taught the Tora took their students into caves in the hills. One person would stand by the entrance of the cave and, if he saw the soldiers coming, he would alert the others who would hide the Tora and take out a top and begin to play a game that appeared to be a gambling game. When the soldiers saw them playing the game, they would leave them alone. This game is remembered now when we play with the sivivon.

Hanuka is a fun holiday. Unlike Rosh Hashana (the Jewish New Year), Yom Kippur (the Day of Atonement), Sukkot (Tabernacles),Passover and Shavuot (the feast of weeks), when we can't go to work, use electricity or drive, for example, Hanuka is just like any other day of the week. At night, we light the Hanuka candles. Gifts are often given to children and sometimes exchanged between friends.

Hanuka runs for 8 days beginning on the 25th day of the Hebrew month Kislev (which is usually some time in December). Because the Hebrew calendar is lunar (with adjustments for solar -- we have an extra leap month 7 times every 19 years), the secular date varies. It is the only Jewish holiday that runs from one month to the next (Hanuka ends in Tevet).

This travel cup is only one of several Jewish holiday themed items at our store: 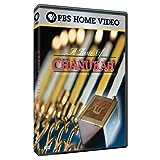 A Taste of Chanukah
Buy Now

In addition to our Cafe Press and Zazzle sites (see modules above), and "Printfection", we also have a Shop-it site.

This necklace is only one of several necklace designs at our store:

Tell me what you think of this lens