How to Catch Santa at Home

5 Easy Steps to Catch Santa in Your Own Home

For centuries, people have tried to capture Santa Claus as he makes his annual trip around the world. And so far, no one has succeeded. Let's face it - no camera shutter is fast enough to record those magic reindeer zipping at incredible speeds around the world, and Santa Claus himself is, well, elusive.

You'd think that it would be easy to spot a big, fat guy in a bright red suit with clunky boots, but he somehow manages to sneak in and out of houses with the stealth of a ninja. He has evaded capture for centuries. Until now. Now you WILL be able to capture Santa Claus when he comes to your house this year. 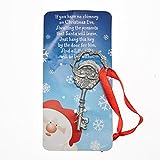 A proven method to capture Santa Claus on Christmas Eve

I have two kids and have personally tried this method to be sure it works. I didn't actually practice skeet shooting in step 4, so perhaps my hand/eye coordination wasn't as quick as it should have been, but I have tried the other steps and am proficient at the most important one, which is step #5. If you follow these steps in order, you are sure not to disappoint your kids.

1. Wear warm clothes. To catch Santa in the act, you'll need to be outside so you can spot him as soon as his sleigh nears your neighborhood. So be sure to don a nice warm hat, jacket and boots because you never know what time Santa will arrive in your area. It could be a long night.

2. Set your camera to the fastest shutter speed possible. Because Santa has to make it all around the world in a single night, the guy drives a supercharged sleigh that is faster than any known technology, so you'll need to be quick to catch him. If you don't have a camera with a shutter speed of at least 1/3200 of a second, well, you better borrow one from your neighbor.

3. Grab a snack so you don't get hungry. It's going to be cold outside, so you better grab some tasty cookies and a Thermos of warm cocoa to keep you company. Make sure you have plenty of extras so you can share when Santa arrives. And grab a few carrots, too. The reindeer like them.

4. Be patient and watch the skies. The secret to catching Santa is patience and a good eye. You may want to practice some skeet shooting before attempting to capture Santa, as this will improve your hand/eye coordination and make it more likely you'll be able to aim and focus your camera in time. But don't practice skeet shooting on Christmas Eve when Santa is flying!! You wouldn't want to accidentally knock him out with one of those clay pigeons.

5. Cheat. Now that you've spent all night watching the skies without any sign of Santa (I TOLD you he was quick), you'll have to admit defeat and resort to Internet trickery (see next section) to prove to your children that you were actually able to get a photo of him at your home. It's ok. Many parents have resorted to the same techniques so they wouldn't disappoint their children. After all, that's what we parents do - we go out of our way to make our kids happy, even if we can't really catch Santa.

Well, you've done your best. You tried. You really did. But Santa's magic only works when good little children (and their camera-toting parents) are fast asleep. So if you don't want to disappoint your kids on Christmas morning by confessing you weren't able to catch Santa after all, you can get a little help from Capture The Magic.

This site helps parents and others create genuine photos of Santa in various poses that you can digitally insert into photos of your family room, living room, kids' bedroom, backyard, etc. Yes, it's cheating, but since Santa really WAS at these locations and you're just getting a photo to prove it, you're not breaking the rules too much.

It's easy to use their service. Simply upload a photo and then select the image of Santa that works best with your photo. You can choose from a wide variety of poses and resize and move one around in your picture until it looks just right. You can also adjust the brightness and contrast of the background image or of Santa so everything looks natural when put together.

The entire process is easy and just takes a few minutes. Then you can pay for your photo, print it out immediately... and get some sleep. Your midnight hunt to catch Santa is finally over. Now you better get to bed so he can really visit. After all, the magic only works when everyone is asleep.

Why does Santa always want your kids to go to bed before he arrives? It's probably so he can't be caught on video. But now that you know how to get a picture of Santa in the act, you can also catch him on video.

Thanks to the magic of The Santa Video.com, you can amaze your kids with video footage of Santa right in your house. Just set up the video camera on Christmas Eve, wait for the kids to go to bed and.... rush to The Santa Video.com to upload a photo of your house. (Or save yourself the hassle of staying up late on Christmas Eve and grab a photo of the tree with gifts under it a few days before Christmas so you don't have to do it the last minute.) In the morning, you'll be able to amaze your kids with video caught on "your" camcorder.

He's a busy man, but he'll make time for your kids

iSpySanta.com is a new site that lets your kids visit with Santa right from the North Pole. He can greet them by name and tell them things only Santa would know. But he's got to get ready for the big day, so he can't chat on the computer all day long. Your kids will only be able to catch him once a day after they log in. The rest of the time, however, they can enjoy other activities, such as watching Mrs. Claus reads stories to them, or visiting the elf workshop. There are also games and coloring pages and much more.

But they prefer to watch from a distance

The other way to "catch" Santa Claus is to to visit NORAD Tracks Santa. Every Christmas Eve, the North American Aerospace Defense Command (NORAD) tracks Santa's journey across the globe. These are the same folks who watch our skies to keep North America safe from any air attacks, so you know they're on their toes and can keep track of Santa with their radar and other high-tech devices. NORAD Tracks Santa starts their countdown on December 1 for the annual Santa tracking event, so be sure to bookmark the page and come back on Christmas Eve to watch Rudolph and company at work.

You Might Also Enjoy... - More articles about Santa Claus

Magic Santa Key
When Santa first start delivering gifts all over the world many hundreds of years ago, nearly every house had a chimney to keep warm. But now electric heatin...

Dear Santa - An Open Letter To Santa
When I hear the words Dear Santa, many things come to mind. Little kids clutching their pencils as they write their letters, old movies where some little kid...

How to Write a Letter to Santa Claus
Christmas is a very busy time of year for Santa Claus. He has to get the sleigh ready, make sure the elves have finished all the toys, and check his list twi...

How to Create Free Printable Santa Letters
Even Santa needs a little help! Here's some advice on how to help the Jolly Old Elf send a Santa letter to your little one, complete with a postmark from...