Astrid Viking Costume from How to Train Your Dragon 2

With the released of Dreamwork's How to Train Your Dragon 2, girls, tweens and teens have their own viking action heroine to emulate with Astrid Hofferson, voiced again by America Ferrera.

This viking warrior girl costume is one that will appeal to girls and teens.

In this sequel to the 2010 hit by Dreamwork's animation, Astrid has grown up a bit and her attire reflects her being older, but still maintains many of the elements from the original costume that made it a fun one for parents to make for their daughters.

Read on to find out how you can pull together you own Astrid costume and hair for your favorite viking, as I figure out how to do the costume myself.

If you are interested in making a Hiccup costume follow along as I figure out that one too.

This lens is a work in progress.

Astrid Then or Now?

Better Then or Now?

Funko POP! Movies: How to Train Your Dragon 2 - Astrid
The Funko Pop version of Astrid is just too cute. I already got one for my older Viking teen.
Buy Now

Astrid and Stormfly from Dreamwork's How to Train Your Dragon 2.

How to Train Your Dragon 2 - Video Trailers

Watch the official trailer to see what the movie is going to be like. They also give you an idea of how Astrid is dressing in this movie.

A clip of best friends Astrid and Hiccup.

How to Train Your Dragon 2 Downloadable PDF Party Kit

This version of costume has changed a bit from the first movie, but not too much.

When putting together Astrid's costume some of the items are easy and other are more challenging, particularly some of the details like the spikes and the skulls.

Fortunately a few very clever people figured these details out for the first movie and I've got links to their sites so you can see how they recreated these parts of the costume.

Some of the amazing Astrid costumes done by other crafty types.

Let's take a look at her costume in more details.

Astrid's Hair has changed from the first to the second. In this new movie, she is sporting a side braid making her look a bit like Elsa from Frozen.

There are a couple of video tutorials showing how to tie a knot braid, but I am not sure if it is the right style.

After looking at several of the tutorials Astrid's braids in both versions look like knotted braids, mixed with regular braiding with perhaps a bit of twisting and maybe even a wrap around.

I've got my braiding expert daughter out searching to see if she can find out the name of this updated braid style.

It looks a lot like the knotted braid or the knotted messy braid, with a couple of extra twists and wraps and kept together with a leather hair tie/band.

If you look carefully she still has her leather headband, it's just hiding under her longer bangs.

How to Do an Astrid Braid - Video Tutorial

These video tutorials will help you figure out how to do an Astrid Braid, depending on whether you want one that looks like the back braid in the first movie or the new side braid in the second.

I've also added a few videos which look similar to the new braid she wears in the second movie.

An updated braid (wig) from the second movie.

The braid she wears in the first movie.

Cute Girls Hairstyles shows how to do a French Knotted Braid, down the back.

Another option is the knotted messy side braid that combines braiding with twisting. 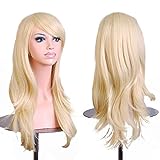 28"Women's Hair Wig New Fashion Long Big Wavy Hair Heat Resistant Wig for Cosplay Party Costume (Light Blonde)
For those who don't have normally long blonde hair, this blonde wig with bangs is a great option for creating your own Astrid wig. It already has bangs, just style the side braid.
Buy Now

Astrid's braids in both versions look like knotted braids, mixed with regular braiding.

It's pretty easy to make a headband from some suede, but if you don't want to do that, then this suede headband will work well.

Astrid is probably wearing sheep fur rather than camels (since I've never heard of camels being with the Vikings).

Get a yard of the lighter fur to make her cape and to decorate the top of her boots and her arm warmers.

Rubies Costume Battle Axe with Collapsible Handle
With a bit of leather embellishments, this costume battle axe will look like Astrid's.
Buy Now 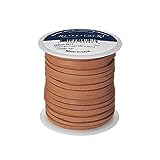 Video tutorials that give you an idea how to use foam and broom handles to fashion a cosplay battle axe. You can also look at using foam for making swords and modify the technique for making a battle axe.

Several very clever people have made their own versions of Astrid's Battle Axe.

FineBrandShop Navy Blue Ladies Ankle Leggings, Made in USA
Since you wear boots with this costume, you can get away with 3/4 length leggings. Just add the knee patches and this part of the costume is done.
Buy Now

Simplicity 4213 Historical Halloween Costume Sewing Pattern for Men and Women by Andrea Schewe, Sizes A (XS-XL)
The Roman Gladiator costume comes with a leather belt that looks a lot like the top layer of Astrid's skirt.
Buy Now

Use the Roman Gladiator pattern as a template for Astrid's Viking skirt. Look for McCall's costume Biblical pattern M5905 or the adult version

More How to Make an Astrid Costume

Viking Shield Costume Accessory
The shield that goes with the costume.
Buy Now 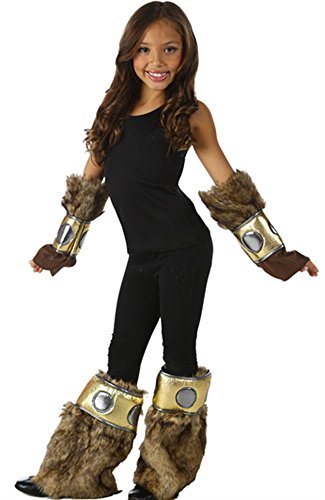 Accessorize Astrid's costume with an axe, shield and Viking helmet. 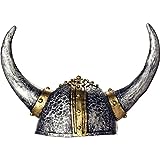 Viking Helmet Costume Accessory
This Viking helmet is sized for adults. Be sure to check the sizes of the helmets when ordering.
Buy Now

You can also find the Viking Girl costume on eBay.

Would you wear an Astrid Costume for Halloween?