Why do I have a moustache?

You may notice that I'm suddenly sprouting a moustache and perhaps it crossed your mind to wonder why.

The moustache is in honour of the Movember Foundation charity.

During the month of November, men choose not to shave in the moustache area.

I can't grow a moustache but, with a little help from facetache, voila, I have a full grown mo!

What do you think, does it suit me?

The month formerly known as November is a moustache growing charity event held during November each year that raises funds and awareness for men's health issues, in particular, prostate cancer and depression..

The Movember Foundation charity has run Movember events in Australia and New Zealand since 2004, and it's a global event now.

Close to 3300 men die of prostate cancer each year in Australia and one in eight men will experience depression in their lifetime.

Movember is an opportunity to draw attention to these issues

The Movember Committee accepts no responsibility for lost jobs, rashes, food/beer encrustments or any other such mishaps caused to the wearer (or his partner) of a Movember Moustache. You grew it yourself.

No Mo? No worries! 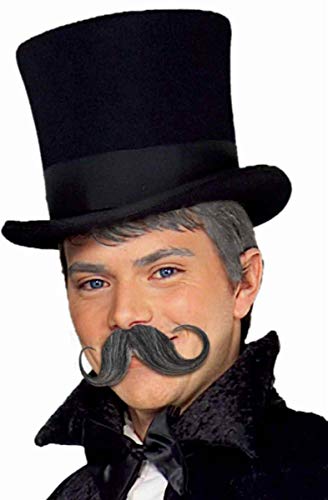 What style of Moustache would you wear?

Many historical figures are synonymous with a certain type of moustache

Take Fu Manchu for example. He has a specific moustache style named for him, and he didn't even exist!

Then there's the infamous moustache we always associate with Hitler ( even if Charlie Chaplin had it first). Adopting this style is socially unwise.

Movember is Open to All

Ladies, you can have a Mo too

You don't have to be a man to grow a moustache. Why should men have the fun?

If you can't get the bristles to burst out on the upper lip, don't despair, your stubble doesn't have to be real.

Choose a charming evening Mo to match your outfit!

Stand up and be counted

Will you be one of the selfless and generous men known as Mo Bros?

You can become a walking, talking billboard for the 30 days of Movember.

Through your growing efforts you'll raise awareness for the often ignored issues of men’s health, by prompting conversations wherever you go.

My Family gets into Movember

P.S. Things can get hairy any month of the year

Movember is followed by ­Decembeard

What is it with Beards?

The beard must be the most contentious feature of a man's face. It's nothing more than the sign of the adult male, or is it? Like the thick cartilage which surrounds a man's larynx, it appears in puberty and is classified as a secondary sexu...

Get ready for MOvember 2015

So MOvember has gone for this year but you can make sure you're geared up for 2015!

Do you Grow a Mo for Movember?