Who are the Munsters?

Running for two seasons on CBS (September 24, 1964 - May 12, 1966), The Munsters was a sitcom that featured a family of working-classic monsters who resided in the fictional town of Mockingbird Heights.

Unlike the well-to-do Addams Family (which ran concurrently) Herman Munster, husband and father, worked for the local funeral home while his wife Lily was a home-maker. The Munsters lived in a run-down mansion at 1313 Mockingbird Lane, which featured a dungeon/laboratory, and housed the family's pet dragon, Spot, under the staircase. The family also had two automobiles, respectively known as the "Munster Koach" and the "DRAG-U-LA".

The show was filmed in black and white and was very much a comedy. Unfortunately it did not perform as well as expected and was eventually dropped from the CBS lineup. In the late 1980s the series was revived with a new cast and plot, airing 72 episodes from 1988 to 1991. There were also several movies made, featuring the original and new casts, including Munster, Go Home!, The Munsters' Revenge, Here Come the Munsters, and The Munsters' Scary Little Christmas

The Munsters have attained cult status in the worlds of pop and goth culture.

Own the Munsters on DVD!

The 5th Earl of Shroudshire

Begun in 1815 by Dr. Victor Frankenstein but not completed until 1850, Herman Munster moved from Germany to Great Britain at a young age. He was eventually adopted by the Munsters of Munster Hall, a noble family living in (fictitious) Shroudshire, England.

Moving to Transylvania, Herman met and fell in love with Lily Dracula. At the tender age of 15 he married Lily. Herman, his blushing bride, and her father Sam Dracula moved to America and settled into the house their home at 1313 Mockingbird Lane.

Herman enlisted in the United States Army, fighting in World War II. After his discharge, he found a job at Gateman, Goodbury and Graves, a funeral home in Mockingbird Heights. Starting out as a "nail boy", Herman has moved up in the ranks.

Physically, Herman Munster is an impressive character. He stands roughly 7'3" and weighs "three spins" of the scale, or around 380lbs. Because he is a creation of Dr Frankenstein, he sports bolts on either side of his neck. His skin is green-hued and his eyes are brown. His hair is black and his head is flat on top.

Although incredibly old, Herman tends to act very childish at times, even throwing temper tantrums. This is especially troublesome since he is so tall and heavy.

Acting the Part
Most people see Herman as a good natured, loving, and kind. He's like a gentle buffoon who can get into serious trouble but always makes things right in the end. Herman believes himself very handsome, even though he cracks mirrors when he looks in them.

Born in 1827 to Sam Dracula and his 166th wife, Lily Dracula grew up in Transylvania. She was in her late-30s when she met Herman Munster. The two married in 1865, emigrating to the United States in the 1940s.

Lily is devoted wife and mother, to both her adopted niece Marilyn and her son Eddie. She is a housewife, relishing in her daily chores of spreading garbage and "dusting" the manor with a vacuum cleaner running in reverse. At times she grows rather restless and has tried her hand at several part time jobs, including working as a welder in a shipyard, a fashion model, and a palm reader.

Lily and Herman were the first couple shown together in bed on an American television series, which was ground-breaking as up until then married couples were always show sleeping in separate twin beds.

Lily has a brother who is a werewolf and a sister.

Although Lily is well over 100 years in age, she has the lithe body of a young woman. Her skin is pale green. Her black hair is long, with white streaks, one flowing from the right front part.

Lily is usually wearing an ankle-length pale pink gown that appears faded and old, sometimes covering up with a shawl. When she goes out she tends to wear a long silver cape with a hood. Lily also wears a necklace with a bat-shaped medallion.

She never seemed to have any specific powers like her father, Grandpa.

Acting the Part
As matriarch of the Munster family, Lily is as much a mother to her children as well as Herman. She adores her husband and worries about him. She has an independent streak as well, trying to find work outside the home fairly frequently. Lily is a vampire, like Grandpa.

Over 500 years old, Count Sam Dracula is a widower, although he has been married 166 times. Holding various jobs during his long-life, Grandpa is first and foremost a vampire. He has three known children: Lily Munster, Lester Dracula and the mother of Marilyn Munster.

Keeping a laboratory in the basement of the Munster's house, Grandpa spends a lot of time "in the lab" working on spells and potions. Although most of them have disastrous consequences this hasn't stopped him from keeping at it.

Grandpa is able to transform into the form of a bat or a wolf with the aid of special pills. Although he has a good relationship with his son-in-law, he is particularly sarcastic and likes to insult Herman. He and Herman usually work together in whatever cockamamie scheme one of them has cooked up.

An elderly gentleman, Grandpa is always seen wearing in a black tuxedo jacket, with a white shirt and bow tie. He wears a gold medallion as well as a cape with a high collar. His skin is pale green, like his daughter Lily's. His hair is parted down the middle and curls up on the sides.

He is the real Count Dracula.

Acting the Part
Grandpa is a bit of a know-it-all when it comes to magic spells. He is also witty with a sharp tongue. He tends to get into trouble either by helping Herman or hatching a scheme on his own. Grandpa is a loving father and grandfather. 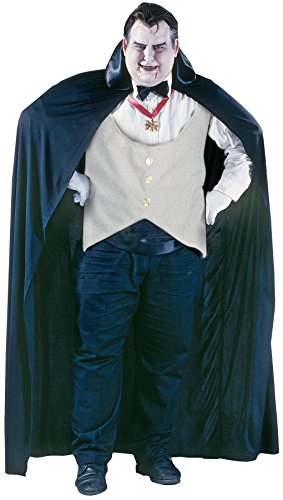 Son of Herman and Lily

Born to Herman and Lily Munster in 1954, their first born son Eddie is a werewolf. He is also the typical American ten year old boy, loving to play sports like baseball. Eddie tends to get into mischief and looks up to his father and Grandpa as role models. Eddie also sleeps in a coffin, as his mother Lily is a vampire.

Some of Eddie's toys include a large, over-sized bat, a sling shot, and his stuffed werewolf doll he calls "Woof-Woof".

Eddie is always seen wearing what is known as a Fauntleroy suit. Named for Little Lord Fauntleroy, it is a boy's formal suit that was a fad in American middle-class children. Consisting of velvet cut-away jacket and matching knee pants, with a white dress shirt with a collar underneath. Eddie also wears a velvet tie. Ironically, the Fauntleroy suit fell out of fashion after World War II, before Eddie was born.

His hair forms a "Widow's peak" in front and he has heavy eyebrows. Eddie also has pointed ears like a wolf.

Acting the Part
Basically Eddie is like any normal ten year old boy. He just wears different clothes and happens to be a part werewolf, part vampire.

Moving from her home in Transylvania to the United States, Marilyn now lives with her aunt Lily and uncle Herman so she can attend college. Her mother, never named, is Lily's sister and Grandpa's other daughter.

Considered freakishly unattractive by the rest of her family, she is still treated with love and kindness in spite of her "condition". Marilyn constantly bemoans the fact she cannot get a date because of her looks. Raised all her life around vampires, werewolves, ghouls, and freaks, she shares the family's ideas of "normal". Marilyn considers Herman and Grandpa to be "two of the finest men to walk the Earth".

Marilyn was portrayed by Beverley Owen for the first 13 episodes of the series before being replaced by Pat Priest.

An outgoing blonde, Marilyn is an attractive (by human standards) young woman. She attends college and is always trying to meet prospective dates. Although she looks different from the rest of her family, she holds to their standards of "beauty".

Usually dressed in a stylish dress in a nice floral print, Marilyn is slim-figured.

Acting the Part
Suffering under the humiliation of her "homeliness", Marilyn thinks nothing is unusual about the fact that her aunt is a vampire, her uncle is Frankenstein's monster and her cousin is a werewolf. "Normal" frightens her.

Who's your favorite Munster?

It's time to feed Spot!