No one knows when this "holiday" started, but it is always celebrated on June 29th each year. Camera day celebrates the camera and its value to society. The camera is important because it documents events and shows the world as it really is. Before the camera, people relied on written descriptions and limited drawings and paintings to depict newsworthy events, often well after the event happened. Access to these drawings were often limited. Photographs were easy to take and reproduce, allowing more people to see events as they actually happened. The invention and increasing popularity of cameras also affected the fine art world as well. Since art was no longer the main means of documenting events, artists felt more free to create less realistic, but more impressionistic and expressionistic works.

Thus, the camera changed the world!

Introductory photo for this lens was taken by Paul Reynolds from Flickr, using Creative Commons. Paul, himself, is the man holding the camera.

Things you can do on Camera Day!

Here is a list of things you can do on Camera Day to get you started.

History of the Camera

The first cameras were the "camera obscura" device dating back thousands of years to the Greeks and even the ancient Chinese. The device was much like a pinhole camera and often used to project an image which would be traced on paper. The first actual photograph was taken around 1814 when Nicephore Niepce used a paper coated with silver chloride and was able to record an exposure to light, but the photo wasn't permanent. In 1827, he used a wooden camera made by Charles and Vincent Chevalier to make a more permanent photograph.

The first film cameras were introduced in 1885 by George Eastman and his newly formed Kodak company. At first, the film was a chemically coated paper, but in 1889, they began to use celluloid. Kodak also helped produce smaller, more affordable cameras. In 1900, they began to mass produce the "Brownie Box" camera which was very popular all the way up to the 1960s. The first 35mm camera was created around 1913, but wasn't perfected and put into production until 1925. In the 1935, Kodak produced the first commercially viable color film. Since then, the 35mm camera has been changed and perfected with single reflex dominating over twin-reflex and cameras becoming easier and more compact to use. Many of the 35mm film cameras still used today haven't changed much since the mid-1960s.

Though the elements of digital photography began in the late 60s/early 70s, it wasn't perfected enough for mass use until late 80s/early 90s. Most of these cameras were low-resolution until after the mid-2000s when resolutions and digital lens technology began reach and succeed the level of quality similar to the 35mm camera.

Here are some cameras (and a tripod) to chose from. 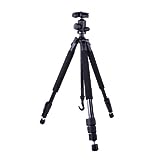 Dolica GX600B200 Proline GX Series 60-Inch Aluminum Tripod and Ball Head Combo for DSLR
It's good to get the best tripod possible. Here's one that is good and sturdy at a reasonable price.
Buy Now 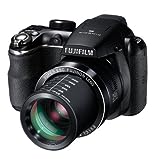 It doesn't matter if it's not an award winning photo, take a picture of what you like. If you take digital photos, they're easy to print out or send to your relatives or post on Facebook and even Squidoo! Even if you shoot only film, many processors will gladly digitalize your photos at a minimum cost. If you post your photos online, you may want to reduce their size and place a watermark, like the one on this photo, to help prevent people from casually copying and using them without your consent.

Photo taken by me!

You don't have to have a lot of money or a nice camera to take decent photos. Pinhole cameras are similar to the first cameras made in the early 1800s. Many people have made them simply by using a box or can, tape, and film. However, in the age of digital photography, film and film processing is becoming harder to find. Still, you can have some fun with them.

Here are some links to various ways to make a pinhole camera:

Photo of a pinhole camera provided by Andee Collard on Flickr.

Be careful where you take your camera!

Privacy Do not take pictures if there is a reasonable expectation of privacy. Examples include bathrooms, locker rooms, dressing rooms, inside occupied bedrooms (without permission), etc. You can be prosecuted for taking photos in these areas, especially without the knowledge of the people involved.

Certain government and public facilities Pay attention to signs stating not to take pictures in certain areas owned or managed by the government. Usually such signs are put up in areas where national security in a concern. Some of the places where you might not be able to take photos or videos may surprise you (such as dams, reservoirs or water treatment plants). I've recently found out that even public libraries have restrictions on taking photos, especially those with people in the photo.

Certain Native American Reservations Be careful when traveling to certain reservations, especially in the southwestern United States. Many reservations do not allow photography at all, especially by non-tribal members. Examples include the Hopi reservation and a few Pueblo reservations in eastern Arizona and New Mexico. Be aware of signs prohibiting photography and take them seriously. If caught, you can have your camera confiscated and have to go through a federal court to determine whether or not you can get it back. The Hopi reservation has relaxed some of their restrictions and will sometimes tolerate non-tribal members taking landscape photos outside of the towns, but an officer may still confiscate cameras at his discretion, so it's best to play it safe. You may also have your camera confiscated if you are seen taking pictures of sacred sites or emblems. If traveling through this area and you are unsure what the reservation's policy is about photography, ask at their tribal headquarters or cultural commission.

Outside the United States Some countries have more restrictions on photography than in the United States. For example, in Great Britain, it is illegal to take photos of certain birds or baby birds during nesting season without a permit. In Australia, you have to obtain insurance and a permit to take photographs in certain national and provincial parks if you plan to ever post your photos on a commercial website (such as Hubpages) or use them in any public way.

Photo in this module taken by me.

Here are some hand-picked books on perfecting your photography.

Drop me a line! How are you going to celebrate Camera Day?