Get Your Scottish On: Brave/Princess Merida Party Ideas

*The* Disney Princess Party of the Year

Failte (welcome)! The party's here with these awesome Princess Merida/Brave food, fun and décor ideas from the experts at themeaparty.com.

Disney Pixar's Brave tells the tale of Merida, a Scottish princess who deviates from custom and inadvertently unleashes trouble. Funny, smart and not always well-behaved, Merida strikes a chord among children, who will absolutely love a Brave theme party! So what are ye waitin' for? Throw on some tartan and follow us for the best Princess Merida party ideas.

3.5" lengths of green ribbon, one for each invitation

1. Open your word processing program. If you have a card making program, you can use that instead, but it's not required as this invitation will be scroll-style.

3. If you don't already have a Celtic-looking font, download one. In the picture above, we used Gothic Garamond the 2nd from DAFont - check to make sure any site you choose isn't buggy.

4. Type your text including the party date, time, location, RSVP information, etc. To see our sample wording, click the pic and enlarge.

5. Center the text and picture on the page vertically and place a border from your word processing program around the page if you'd like.

6. Print invitations. Roll each up like a scroll, then tie with the green ribbon. Deliver.

It's Getting Very Scottish in Here: Décor, Music and Atmosphere

is out already, so grab yours. Your little princess will absolutely love this motif.

Dress up the party area in loads of woodland greenery. Tip: visit your local dollar store to find lengths of vines and leaves; drape over windows and hang from the ceiling. You can also add a little Scotland to your princess's big day by tying plaid or tartan bows around chairs or using plaid as décor for your table centerpiece. (How about a vase of wildflowers with a big tartan ribbon?)

Magic also figures into the movie. Add magical bling by tossing handfuls of glittery confetti on the tables. Sprinkle a trail of sparkling confetti from the door to the party room, or around the four corners of the room. Pick up inexpensive gauzy material from any thrift shop, scraps from a fabric shop or from items you already have at home. Drape the gauze around the party area.

One thing we REALLY love about Brave: it features standing stones, a la Stonehenge, England's famed circle. Print images of stone circles and hang them up in the party area.

For real atmosphere, play the Brave movie soundtrack You can also chose nouveau Celtic bands like Enya or Celtic Woman. 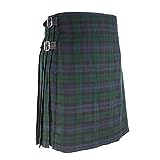 Get your Scottish on with this awesome Disney version of

Monopoly, Merida style (So cool!) Sign up now for notification of when this game will be available. It makes a great party gift for the princess of honor at your party.

As a party game, divide guests into pairs or groups. Have a timed playoff -- say, 45 minutes for older children, 15-20 minutes for wee ones. When time is up, count each group's assets and give the winners a small prize, such as candy, a dollar gift certificate to a local eatery or a small Princess Merida toy.

Tipsy cake, or "tipsy laird," is traditionally made using Drambuie, but we've made it kid-friendly by leaving the alcohol out of the recipe. In Scotland this type of sweet dessert is called a trifle.

Cast your vote for Recipe: Tipsy Cake (It's as Fun as It Sounds!)

Scotland has received a bad rap in the foods department for such intimidating recipes as haggis and fish-and-oatmeal. But in reality, Scotland has many famous dishes you already know and love (toffee, anyone)? Here are some delicious dishes for your Merida party:

Make it a costume party for extra fun.

Costume parties are, in a word, awesome! Encourage guests and their parents to dress up in medieval, fantasy, prince/princess or Disney garb. Here are a few ideas:

* A king or queen

* Any Disney medieval character (including Shreck, one of our favorite Scottish heroes)

For costume pieces, check local thrift and consignment shops, dollar stores and clearance items at local party stores. You don't need to spend a bundle to turn your child medieval -- a simple piece of draping fabric for a cape, loose pants or a long solid color nightgown all work perfectly for this theme.

Be sure to mention well ahead of time that costumes are requested or required. You might want to send an evite or shoot a quick text to guests to let them know,. Also list this info on invitation hard copies.

Making this idea a contest will add to the fun. For young children, have a prize for each competitor (most original, most authentic, most colorful, etc.). If you'd rather take competition out of the equation, have a "Brave fashion show" instead. Take a picture of each participant, print out the pics during the party and enclose in goody bags.

Don't forget to thank guests by sending them off with a few goodies. The Princess Merida goody box shown is a great sample of items your guests will absolutely love, but you can get creative with pickings of your own.

Merida Toys for Your Little Princess 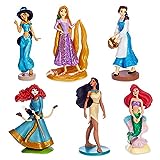