One of the most important days of the year in Wales is 1st March, when we celebrate our Welshness and honour our Patron Saint.

David was a Welsh Bishop during the 6th century. He was a well know teacher and preacher and founded monastic settlements and churches in Wales.

On this day in Wales, you will be sure to see daffodils, leeks, Welsh feathers, flags and people wearing national costume (or Welsh rugby shirts) everywhere you go.

Find out more about Saint David's Day here on this lens, and read about the ways the Welsh people pay tribute to their patron Saint

Saint David was a 6th century monk and bishop who spread the word of Christianity throughout Wales.

David was believed to be descended from Welsh Princes and the King of Ceredig, born in the South of Wales. David's mother is said to have given birth to him on a cliff top as a bolt of lightening struck the rock that she gripped onto, splitting it in two. She named him Dewidd (Dewi), the Anglicised version of which is David.

David was educated at a Welsh monastery where he is claimed to have cured his tutor's eyesight using the sign of the cross. His tutor recognised from this that David was blessed, and consequently sent him on a missionary to spread the word of Christianity.

David became a priest and founded many monasteries in Wales. He lived the simple life of a monk, working and praying in the fields of Wales. At one of his monasteries, the monks disapproved of David and attempted to poison his. But after receiving a warning from an Irish saint, David blessed the poisoned bread, ate it and came to no harm.

David later became Archbishop of Wales and founded a monastery in what is today known as St David's. Pilgrimages to the small city still take place today. Famously, when David was preaching at Llandewi Brevi, the crowd complained that they could not hear him. Upon which, the ground he was standing on raised up above them and he could then be heard and seen by all.

He died on 1st March 589, having lived for over 100 years. He was buried in a monastery grounds where his shrine was visited by pilgrims for centuries. During the 12th century, David was made patron saint of Wales and was officially recognised as a Saint in 1123 by Pope Callixtus.

Saint David is symbolised with a Dove representing the Holy Spirit giving him the inspiration for his preaching.

'Brothers be ye constant. The yoke which with single mind ye have taken, bear ye to the end; and whatsoever ye have seen with me and heard, keep and fulfil'. 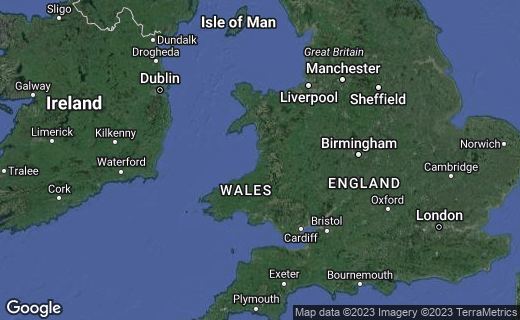 The daffodil is the general emblem of Wales, whilst the leek is the emblem particularly associated with St David. The daffodil is in season during March and can be seen growing in the fields and gardens all over Wales.

Traditionally, Welsh troops would wear leeks to distinguish themselves from English troops dressed in similar colours. In the Welsh language, daffodils and leeks are closely associated by name.

Dressing up for Saint Davids Day

A traditional Welsh lady costume would have a long, black linen skirt, white blouse, a pinny, shawl and a tall Welsh lady's hat.

The boys might wear short trousers, white shirt, braces and a flat cap.

Schools and Arts organisations hold Eisteddfodau on St Davids Day to celebrate our culture and heritage as a Nation of music and poetry.

The main part of an Eisteddfod is the concerts and competitions that take place. Participants celebrate their talents as singers, dancers, musicians and poets at these annual events.

Eisteddfodau are unique events in Wales and have become a time honoured tradition of which we are very proud.

Some parts of Wales have St Davids Day parades in their towns and villages. The largest parade is traditionally held in Cardiff, the Capital city of Wales.

St Davids Day parades have increased in popularity over the years and are sometimes now combined with homecoming parades to welcome home our troops who have been serviing in Afghanistan and other places abroad.

Find More About Saint Davids Day - Links on the Web

Saint Davids Day Guestbook - Thanks for stopping by, please leave your comments and say hello!