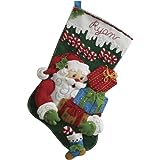 Santa wallpapers are an awesome choice for those wanting to get a cool view on their computer or smaller screen during the Christmas holiday.

The wallpapers with Santa images come in a wide array of designs, including some with an evil or naughty Santa look, to those with a much more traditional Santa; the one most of us have related to since we were young children.

And of course there are the many numerous Santa wallpapers, those showing him failing to be able to go down the chimney, or some other funny and humorous antic surrounding him and his reindeer.

There are even quite a number of tropical Santa wallpapers, with the jolly old elf lounging in a chair or hammock on the beach somewhere after a hard Christmas Eve night of work.

In this article I wanted to go with a more traditional Santa wallpaper, as I've put up a number of wallpapers with Christmas themes, some of which include Santa in different settings.

For that reason having a relaxed and enjoyable Santa while he goes about doing his business will be the focus here. To me these work best when you just need to kick back and relax and enjoy some memories, or help create some new one's for your children or grandchildren.

What's not to like about this fantastic wallpaper of Santa getting ready to go down the chimney?

It includes one of my favorite Christmas themes, and that is the sleepy little village scene with the rooftops filled with snow. I also really like the diverse number of trees included in the piece of digital art.

Then there's the star of the wallpaper: Santa, who looks very colorful in his suit, while toting around that bag full of toys. There are even some that have fallen off onto the roof because it's so full. Hope they're not some of mine.

Other detail is included in this terrific Santa wallpaper. For example, did you see that little girl looking out the downstairs window in the first house on the left? There is also a great outdoors Christmas tree a little further up the street from there.

This is just the type of cool and relaxing Santa wallpaper I would want to look at when having some down time. 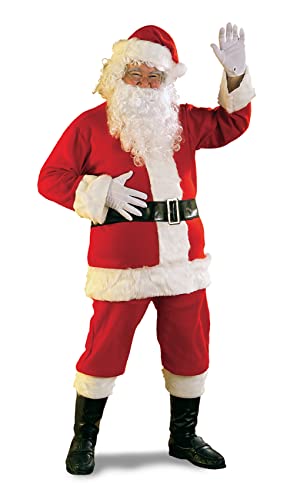 Santa Wallpaper of Him Laughing and Holding Full Sack

This is a magnificent image of Santa holding his sack, with the best part being that terrific red-cheeked face in the midst of a jolly laugh.

Now how could someone look at this image and not get a smile on their face?

I also like the way the light hits the sack and Santa from the right side. It is really done well and adds a great look to the red clothing and adds to the shadowy but beautiful Christmas tree.

It's obvious the light is coming from the warm and bright fireplace behind him, where a crackling fire was lit to add to the Christmas atmosphere.

Coca Cola remains one of the most identifiable and popular brands there is in the world, and when it adds itself to a wonderful theme like this one of a little girl surprising Santa with a bottle of the soda, it's a reminder of times we've all had experiencing something very similar.

The look on Santa's face is what makes this such a compelling wallpaper, as he appears to be caught off guard by being discovered, while at the same time delighted by the gift being offered by the little girl.

While an obvious commercial wallpaper, it's done so well that it doesn't bother me at all that the logo is included as a part of the Christmas Santa wallpaper art.

Here's another great wallpaper of a little girl waiting up to see Santa so she can give him a gift; this time of an apple.

There are a lot of things I like about this digital artwork, especially the old time look and design of the sleigh. It's really done very well. The other design element I liked is that old-time light being held by the little girl to show here the way. I've seen a number of those, and they're really great.

The house or cabin in the background with the yellow and orange hues from the lights coming from the inside finish off a great Santa wallpaper.

While usually this much color is a slight turn off for me, it is somehow made to fit together really nice. Did you notice that Santa has two bags of gifts on the sleigh?

This would be a fantastic wallpaper to view during the holiday season.

Santa Wallpaper of Him Holding Puppies and Kittens

Without a doubt this is my favorite Santa wallpaper I've been able to find. From the rosy red cheeks to his glasses hanging low on his nose, it captures the moment perfectly.

From those bright red cheeks you get the idea he just finished handing out presents around the world and gathered up the puppies and kittens for a long and well-deserved nap.

I think the reason those cheeks stand out so well is that bright, white beard that helps frame the cheeks and nose.

The faces of the puppies and kittens are also captured wonderfully, and together make an amazing Santa wallpaper to enjoy looking at.

Any one of these Santa wallpapers would look good during the Christmas season. All, as mentioned earlier, include the traditional Santa we've all imagined and seen in movies and TV shows for many years.

To me, even though there are some other Santa wallpapers that can be used in different social settings, these are what really provide the type of atmosphere and enjoyment I search for during the Christmas season. And I think it does for most others as well.