Scooby Dooby Doo and a Party, too!

This is the place for fun Scooby Doo party ideas that are perfect for a themed birthday party.

Scooby Doo and the rest of the gang have been some of the most popular cartoon characters of all time. Kids love Scooby and a party based on the show can be easy and very fun to do.

Scooby Doo is full of mysteries, monsters, and groovy fun. You can have a simple party with Scooby décor or you can have a mystery party with clues to solve and monsters to catch. We've got it all below.

Your party will be filled with Puppy Power! Having a fun cake is probably the most essential ingredient of a birthday party for kids.

There are several different options and ways to create a Scooby Doo cake or cupcakes for the party. There are more advanced cake ideas as well as simple to do ideas that don't require a lot of baking skills. 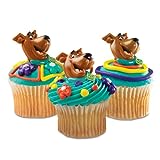 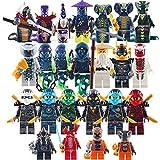 Would you do it for a Scooby Snack? Party food for a Scooby Doo party is easier to come up with than a lot of other themes mainly because Scooby and Shaggy are always eating. And they aren't picky, either. 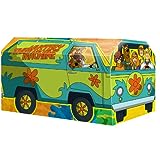 The gang isn’t known as Mystery, Inc. for nothing. Give the Scooby Doo party a mystery theme. This is especially good for older kids who can read.

Give the kids these things to use to solve the mystery. They also make great party favors to fill treat bags.

Have a real mystery for the kids to solve. You can make it simple for young kids or more complex for older kids.

Disappearing Spy Paper Dissolving Note Pad Letter Head
This spy paper is dissolvable after the secret message is read to keep other spies from reading your clues.
Buy Now

Nearly every Scooby Doo episode features a creepy monster as the bad guy. Have some creatures at your party as well.

The original Scooby Doo show began in the late 60's and ran through the 70's. So the characters and the show definitely have a groovy feel to them.

What will you do at your Scooby Doo party?

Scooby Dooby Doo and You! Tell me about your party.