In my husband's family, Slava is a bigger holiday than Christmas. In our family it is celebrated on December 19th every year, since Kosta's family's patron saint is St. Nicholas. Not all families celebrate on the same day. Families celebrate on the Saints Day on which the first ancestor was baptized and converted from paganism to Christianity. Thus the Slava celebration is the anniversary celebration of the day the family became Christian.

Each family has its own way of celebrating and it can vary from year to year according to circumstances. But whatever the circumstances, if it is at all possible, there are five important things normally present.

First is the Slava candle which it lit on a candlestick that has been passed down from father to son through the generations. There is also a small dish of oil with a floating candlestick that is lit by the wife. Most families also have a picture of their patron saint.

The family also prepares two ceremonial foods: the Slava cake and a wheat dish called zjito (not pictured here.) It is traditional in Serbia that everyone visit their friends who are celebrating their Slava. Usually this is a brief visit, since people usually have many families to visit on the same day. You stay home on your own Slava and greet your friends. It is a holiday, and you don't go to work or anywhere else unless you absolutely have to.

How familiar are you with the Serbian Slava celebration?

The Slava Cake (or Bread)

I attended my first Slava celebration at the home of my husband's parents.

Kosta and I were just friends then, and he invited a group of his friends to celebrate with his family in their home. When we entered, we were invited to have a spoonful of zjito, as is the custom. I will talk more about zjito later on.

While we were waiting for dinner to be served, we sat around and talked and sampled some of the goodies Kosta's mother had prepared. Then we sat down to enjoy a special dinner together -- as special as Thanksgiving and Christmas are in many American households. After dinner there was more time for conversation and eating the various desserts that seems to be everywhere.

Since I was one of Kosta's newer friends at the time, I was probably the only one there attending my first Slava.. I believe many friends of the family had come earlier in the day to greet Kosta's family. They had stayed to talk for a bit and had some zjito and various other treats which were scattered around the room. By the time we arrived, they had left. They were part of the Serbian community in Kosta's neighborhood and so they were familiar with the customs and used to visiting friends who were celebrating a Slava. Naturally, I assumed that this was the way families celebrated Slava. Little did I know then that I would someday be celebrating Slava in my own home, and that our celebration would be much different than the simple one I had first observed.

Music to Listen to During Slava 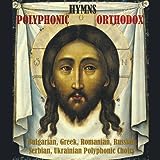 Polyphonic Orthodox Hymns / Bulgarian, Greek, Romanian, Russian, Serbian, Ukrainian Polyphonic Choirs
This is a collection of Orthodox church music from most branches of the Orthodox church, including Serbian Orthodox. It would be the ideal background for Slava.
Buy Now

The Music of Slava

Amazon has a lot of Serbian Orthodox music available in both CDs and for digital download. Even if you can't understand Old Slavonic, the music is beautiful and will set the tone for observing the true meaning of Slava. It is a Day of Glory, and the elements symbolize the death and resurrection of Jesus.

Before this article moved here from Squidoo, there was a way to embed the music in this spot from Amazon's samples so you could listen while you read. The only way I can do that here is to embed a video of Serbian Orthodox worship music. If you like, play it to put you in the mood while you read the rest of this article. 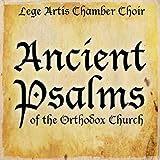 If you like this music, you can download your favorite songs or the entire album by clicking through to Amazon where you can hear the entire album. One of the longer Serbian selections is available only as part of the album.

Although my husband was raised Serbian Orthodox, we now belong to a Presbyterian church, so we do not do everything considered essential by the sources listed below. Most notably, since there is no Serbian Orthodox church in our vicinity, we do not engage the services of a priest to bless our Slava Cake. And our framed icon of St Nicholas that has been passed down through the family has been missing since the big earthquake that occurred just after Slava in 2003. Note: I did find it in 2013.

Do You You Need an Icon? 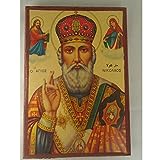 How We Adapted the Celebration of Slava - Once the candle was passed to Kosta by his father, it became our celebration.

By the time time started celebrating Slava in our home, our children had come to live with us, which is one reason Kosta's father felt it was time for us to host the celebration. Kosta had only recently realized the Christian symbolism in the Slava when on his first year to host Slava, he had started to cut the Slava cake all the way through. His father stopped him and insisted the bread had to be broken. Only then did Kosta realize that this was really a celebration of Holy Communion. It had never been explained to him during all those years of family celebrations. It was the equivalent to him of finding out when he was forty that Easter meant more than the Easter bunny bringing eggs to children. Kosta had always celebrated with his family because it was a tradition, and after he became a Protestant Christan while in high school, he had always just halfheartedly gone along with it.

Once he saw the real meaning of Slava as a celebration of the death and resurrection of Jesus, though, he was able to fully embrace it, and saw it as a way to share his own faith with his friends who were not Christian believers. When this happened, it made a drastic change in our Slava celebration. Whereas before it meant making the zjito and Slava cake, and maybe having special friends and Kosta's parents for dinner, it now became a very big deal.

Since we never knew any other Serbs anywhere we had lived, we had to invite friends and neighbors to come so they would know about it. But since the tradition was that you would just drop in, and RSVP was not considered necessary. I had to prepare a lot more food. Kosta would basically tell everyone he saw and everyone at church to drop on by that day anytime between 9 and 9. He also led them to expect there would be hot food available from lunch time until about 8 PM. This made my job in the kitchen rather large. Can you imagine planning an open house for an undetermined amount of people that would last all day?

The children really embraced Slava, and Jason would go all over the neighborhood inviting all his playmates and their families to come on over. Many of the playmates came on over several times during the day -- whenever they got hungry. Their parents usually came in the evening at dinner time. But the children helped with the house cleaning and meal preparations and running to bring more food and drinks from the refrigerator in the garage, and it all worked out and we had good times with our friends and neighbors.

One unique thing Kosta added to our celebration was to explain to visitors who had never come before what all the symbols and ceremonial foods meant and how they were used. For example, each year a portion of the last year's candle is lit the night before Slava to indicate that the family has been faithful in keeping their covenant with God during the year. The morning of Slava, the new candle is lit by the father. It symbolizes the light of the Gospel of Christ and the covenant that has passed through the generations to be faithful to Christ. Then the mother lights the wick floating in the bowl of oil, symbolizing that she will be faithful in praying for her husband and supporting him during the year as he protects and nurtures his family in their faith. The Slava cake represents Christ's body, who was the Bread of Life. The wheat (zjito) represents the resurrection of Christ.

The Slava cake itself is also full of symbolism. We have a wooden stamp we use to emboss the symbols for the names of Christ on the cake. Kosta and the children would make doves of dough to place around the cake before it was baked. It was Jason's idea to add a dough-sculpted Bible to the center of the cake, so we did it. Find out how we make the Slava cake here.

On the day after Slava, Kosta serves communion to his family. It is then he cuts a sign of the cross into the bottom of the bread and pours a bit of wine on it. Then breaks it and gives it to everyone in the family. Before that, in preparation for this day, we have been encouraged to make peace with and offer forgiveness to all who ask it of us. Slava is a time of reconciliation. Sometimes special friends have been invited to share this time with us. See the steps in breaking the bread below.

In the picture above, Kosta is explaining the symbolism of the cake to one of our visiting friends.

Kosta told me that one historical aspect of Slava was that the poor were invited to share in the Slava feast, so that they would not be hungry. Today's churches and Christians are still concerned with feeding the poor of their communities, especially during the December holiday season, but also year round.

The Second Day of Slava

The second day of Slava is when the family observes the more spiritual aspects of the holiday. Normally we eat the Slava cake, which is really a sweet bread, along with some zjito, for breakfast. But before that we go through the steps below in preparing the bread for this observance. Because we were up very late the first night, and we still had to travel to the other location where we celebrate, we ate zjito at home for breakfast and then decided to have our communion after lunch at the other house where we actual did our celebrating.

The first time we celebrated Slava at our home after Kosta's father passed the candle to him, he was about to cut the bread all the way through when his father stopped him and explained the bread had to be broken -- not cut -- apart. That's when he first realized he was actually about to serve communion with the bread and the wine, in memory of the death of Christ, whose body was broken and whose blood was shed for the forgiveness of our sins.