Living in the desert area of Arizona and being the middle of summer, I found this silly celebration to be appropriate for me to write about. I have to say it is "hot enough to fry an egg" just about everyday here in July. In fact, just today we reached 114 degrees where I live. I have been told that on the pavement, sidewalks and even block walls the temperature reaches 180 degrees.

It is just about hot everywhere in the northern hemisphere in July so you too can try out this funny day called "Sidewalk Egg Frying Day". I did a little research on this clever little summer celebration and found that July 4 is officially listed as the National Sidewalk Egg Frying Day. In fact, Oatman, Arizona celebrates a Sidewalk Egg Frying Contest each year on July 4. Contestants must fry an egg within the 15 minute time frame and only use solar power.

If you live in a very hot area, and want something fun to do on July 4 or even add it to your 4th of July holiday party, create your own Sidewalk Egg Frying Day contest. This is a project that I have done with kids in my summer day camp in the past, since it brings a bit of science to the fun. Children will have a lot of fun competing to see whose egg will fry up first.

Come and Fry Your Eggs on the Sidewalks of Oatman, Arizona!

Lodge Seasoned Cast Iron Skillet - 12 Inch Ergonomic Frying Pan with Assist Handle
Cast iron fry pans are perfect for taking the intense temperatures of the July sun! This brand is pre-seasoned and ready to use! Also a sturdy pan for outdoor camping too.
Buy Now

A yearly event in Oatman, Arizona

Held every year in Oatman, Arizona, the July 4th Sidewalk Egg Frying Day Contest is a lot of fun for its residents and visitors. You can enter in teams or or as an individual contestant for this event. It is held at high noon and you are only able to use the egg you are given at the time of the contest. No cheating "eggheads" here! The contestants are able to use mirrors, tin foil and iron skillets. They are only give 15 minutes to "fry" their egg using only solar energy.

Contestants are competing for the top award of being named "First Egg Fried". Plus prizes are given for costumes, originality of cooking device and more. A lot of people come dressed in costumes such as chickens, chefs, the sun, etc. to add to the fun. This is a fun contest and celebration event for families. Grandparents, parents and children can all join in and have fun together. Oatman puts on a fun event and a fun day with gunfights, shoot outs and western entertainment.

For more information on this contest, contact the Oatman Chamber of Commerce to see how you can enter the Sidewalk Egg Frying Day Contest next July 4, 2013.

Find Oatman, Arizona - Where you can fry an egg on the sidewalk. 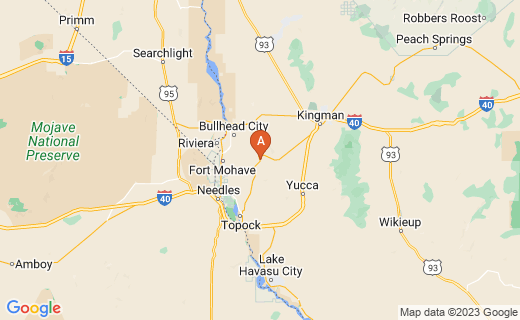 Sidewalk Egg Frying Contest - A report from Oatman, Arizona! This video clip will give you a glimpse of how much fun this event has become in the unique, historic town of Oatman, Arizona. Each year contestants compete for the opportunity to say "it is hot enough to fry an egg on the sidewalk"! 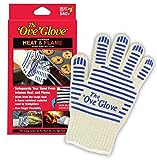 ‘Ove’ Glove, Heat Resistant, Hot Surface Handler Oven Mitt/Grilling Glove, (Pack of 2) Perfect For Kitchen/Grilling, 540 Degree Resistance, As Seen On TV Household Gift
I love this glove since it gives you the freedom of using all your fingers but still be protected. I bought two, one for each hand when working with large or heavy pans. They also make a perfect gift for the cook in your life.
Buy Now

Cooking With the Sun: How to Build and Use Solar Cookers
Buy Now

The Science of Frying an Egg

What does it really take to fry an egg on the sidewalk? Well, according to the website, Everyday Mysteries from the Library of Congress Science Reference Services, an egg needs to be 158 degrees to become firm or coagulate. That means the cooking surface must rise to this temperature of 158 degrees or more and hold that temperature until the egg is cooked firm. According to an experiment by Robert Wolke, Robert states in his book, "What Einstein Told His Cook: Kitchen Science Explained" that there are challenges to cooking an egg on the sidewalk. These include:

Even though it may be difficult to fry an egg on the sidewalk it can be done with some help. As with the contest in Oatman, Arizona, the contestants are allowed to use foil and metal pans which are better conductors of heat. They also can use mirrors, magnifying glasses, and aluminum reflectors to cook their egg on the sidewalk. Plus Arizona is known to be a state of low humidity; therefore, the air is dryer which will aid in the "cooking" of the egg.

Science Behind Frying an Egg on the Sidewalk

How to Fry an Egg

Cast your vote for How I Fry an Egg

Is Your July 4th Hot Enough to Fry an Egg?

How would you like to spend your next July 4th?

Have You Ever Fried an Egg on the Sidewalk?