No Halloween or mad science party is complete without spooky food and drinks to creep out your guests.

Make the night memorable by making gross looking food. Serve drinks that will make your friends suspect you have an evil plot to take over the world.

Spooky food is easy to make and fun to eat. Read below to find out how to create your own mad laboratory creations.

It is easy to make a cake in the shape of a snake using a bundt pan. For a gory snake, use red velvet cake mix. Chocolate mix will work also. Red velvet or chocolate look like snake insides when the cake is cut. Follow the cake mix directions. It will take 2 bundt cakes to make a decent sized snake.

When the cakes have cooled, cut them in half. Form the pieces into an S-shape. On the tail end of the snake, cut a 45o sliver out of the end to give the tail some definition. Cut an angled sliver from the face side as well, but not as much. Trim each end so that the tail and face are narrower than the rest of the cake.

Now you are ready to ice the entire cake. Black, red, yellow, green, or brown are good colors for snakes. Any kind of icing can be used, you can add concentrated icing food coloring to it to get the desired color. Don’t use regular food coloring, it can make the icing runny. See this article for instructions on coloring icing.

Use candy pieces for the snake’s features. Fruit rollups make good tongues. Just cut a v-shaped sliver out of one end. Red or black round candy pieces work for eyes. Chopped nuts can be inserted for nostrils. Whoppers on the tail look like a rattle. Stripes can be made using gel icing.

You can also make worm cakes the same way.  Make the icing white or light brown. 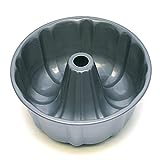 You can form Rice Krispies Treats into the shape of a snake as well. Following the recipe for normal Rice Krispies treats, mix the cereal in with the melted marshmallows. Allow it to cool slightly, just enough that it is not too hot to touch.

Butter your hands and shape the mixture into a snake form. Make it narrower at the tail and head.  Add more butter to your hands if the treats start sticking.  Make the snake curve in an S-shape.  For a tastier snake, alternate bands of regular treats with cocoa treats to make the snake look like it has stripes.  Decorate with candy for eyes, mouth, and rattle.

Green and gross and for dessert!?  Use pudding to make “snot and boogers.”  It works best with a light colored pudding such as vanilla.  As the pudding is heating, add a few drops of green food coloring.  Allow the pudding to cool.  Stick pieces of green colored candy into the top of the pudding.  Don’t use mint flavored candy, though.  It will cause all of the pudding to taste minty and as disgusting as it looks.  Green M&M’s make good “boogers.”  Another kind of green candy will work, too.  Use green cake gel to add more snotty texture.  Put tissues under the bowl for an extra special touch.

Make a treat that looks like bugs crawling in mud and dirt. First make chocolate pudding and pour it into the bowl. You can also put it into an unused and clean flowerpot to add to the dirt illusion. Next, sprinkle crumpled Oreos or another kind of chocolate cookie on top. Add a few plastic bugs on top and place more around the area of the table where the dessert will be placed for a creepy crawly effect.

Toy Bugs for Decorating the Table

Gross out your guests by serving eyeballs.  Using a fruit scoop, scoop round pieces of watermelon and cantaloupe.  Put them in a glass jar with a lid.  Make a label that says “Assorted Eyeballs and Mixed Heart Pieces” or something else laboratory sounding.  The effect is spooky and gross. 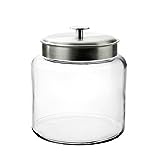 Your guests will be begging for their mummies with these frightfully good party snacks. Wrap crescent rolls around hotdogs and bake. Use mustard and ketchup to make eyes and a mouth.  Add guts by making green Ramen noodles. Just mix in a few drops of green food coloring while the noodles are boiling. Spread the mummies (hotdogs) on a plate. Take about a spoonful of noodles and lay it over the middle of the mummies to look like guts. You can even make a cut in the middle of the hotdog and stick the noodles into it.

How to Make Mummies out of Hotdogs

Attract zombies to the party with brains.  Make brain punch, brain jello, or even brain spaghetti.  You will need a brain mold (Molds also come in other body part shapes like hands, heart, lungs).  For punch, fill the mold with juice and freeze it.  You can also scoop ice cream or sherbet into the mold.  When it is time for the party, gently remove the mold.  Put the brains in a punch bowl and add the punch mix over it.  Add some dry ice to make the punch eerie.  See below for more information on using dry ice.

What will you do on Halloween?

Serve a lemonade drink that fizzes and bubbles.  Mix water and a few spoonfuls of lemon juice together in a pitcher.  Add a cup or two of sugar.  If the bottle of lemon juice has directions for making lemonade, follow those for more precise measurements otherwise add more sugar or lemon juice to taste.  Prepackaged lemonade should work if you prefer to use that.  Just make sure it is non-carbonated.

Pour the lemonade into the guests’ cups.  When it is time to serve, add a spoonful of baking soda to each cup.  Tell your guests it is a mad science experiment you have been working on.  Cackle and say some magic words.  The drink will begin to fizz as the lemon juice and baking soda react with one another.  More baking soda can be mixed in to keep the fizz going.

Spooky Punch Made with Dry Ice

Ready for the party