Who knows what dwells deep within the dark reaches of the massive Honey Island Swamp near Slidell, Louisiana? Some say that a large, hairy biped lives and hunts in the virgin wetlands. This smaller, Bigfoot-like creature has been seen by several local swamp dwellers and the unearthly screams have been heard by more.

Sightings started back in 1963 when Harlan Ford reported seeing a creature that was covered with dark brownish black hair, walking upright on two legs deep in the swamp. Harlan later went back and took plaster casts of the foot prints that he found. In the late 1970's he was able to capture some 8 mm film footage of the large creature as it walked around under Harlan's hunting blind in a tree.

Harlan's grand daughter, Dana Holyfield, has made a documentary about the existence of such a creature.

Is this a Louisiana cousin of the legendary Bigfoot, or is it just a hoax or another Louisiana tall tale? Are the foot prints authentic or manufactured? Here's what I have found out so far.

was first reported by Harlan Ford

The first people to report the sighting of the Honey Island Swamp Monster was Harlan Ford and a couple of hunting buddies. They reported seeing a tall (over 6 feet) man-like creature covered all over with brown hair, even some on the face near their hunting camp on the West Pearl on Bradley Slough. It stood there looking at them for a while, then quickly disappeared from sight into the swamp. They tried to follow, but lost the trail quickly and for some reason, never thought to look up into the trees.

Later through the years Harlan continued to maintain the existence of this being, while many of the local swamp dwellers contended that it was a story made up to keep the children in line. Some say that they did not want the possible invasion of sightseers to ruin their hunting grounds.

Do you believe in Bigfoot and other similar bipedal beings?

One Fall, an eye witness told of hearing a sound like someone beating a large drum as he made his way through the woody swamp. As he got closer, he began to hear one of the many wild hogs that live in the wilderness squealling, like it was being attacked. At that point the eye witness realized that the drum sound was the sound of something large and strong hitting the hog. The gruesome noise continued until the hog stopped squealing. The eye witness could not get to the area where the hog was to see what transpired, but he was certain that no man could have been strong enough to strike the hog with the force of the blows he heard.

Another group of men who were barbecuing goats on a house boat, tell of a hairy man-like creature coming onto the boat. When they discovered it, it dove into the water and disappeared. Others say they saw a hairy man, over 6 feet tall, with no clothes, standing next to a tree, staring at them.

On a trip deep into the swamp while filming the documentary, Dana Holyfield and her husband saw the unusual tracks and also some long, dark hair that was caught in the briars.

Others who visited Peach Lake heard the blood curdling screams and smelled a strong musky scent, like a mink, but stronger. Long, dark hair was also found. The locals say that night time, especially during the full moon, is when the creature hunts.

Mr. Williams saw a family of 2 large creatures and a smaller, child sized one.

He says that they have been there for a long time and that we should leave them alone to live in peace.

This biped has a human-like face, that is partially covered with hair and the hairy body of an animal. Its eyes are the color of amber. Its feet have three long toes with a short fourth toe on the side. Experts say that a creature having this type of foot could easily climb trees and that it is similar to that of other mysterious bipedal creatures.

Do you think that the Honey Island Swamp Monster is an actual bipedal being?

Dana Holyfield's documentary of the swamp monster includes interviews with eye witnesses and the original footage that her grandfather took in 1963.

The Legend Of The Honey Island Swamp Monster
Buy Now 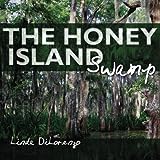 The Honey Island Swamp monster is thought to be related to Bigfoot. Here are some books and recordings about this legendary creature.

Finding Bigfoot: Everything You Need to Know (Animal Planet)

This documentary explores the many reports of Bigfoot like creatures in the south.

A true story about a family's encounters with Bigfoot.

For humorous relief from the frightening Swamp Monster try this Bigfoot dvd.