What Foods make the MOST Money at Funraisers?

After hosting many fundraisers I thought I would share some of my best money makers. Why host an event and not make the most of it? Everyone expects certain foods to be for sale at a fundraiser, but which ones will benefit your organization the most.

Read on to see my success's and failures in which concession foods worked best. I'll even throw in a few recipes, although the best money makers don't require much in the way of recipes.

As always Good Luck in your Events!!

I remember before my first event that the woman that were helping me organize my first event came up against one of the toughest questions. I wanted hot daogs at this event but I wanted a GOOD hot dog. Sounds easy right? Not so much so. There are so many different types of hot dogs. Beef, Turkey and then there are the questionable meat hot dogs. So for 2 weeks we ate a lot of different hot dogs. We didn't just need a good tasting hot dog we needed one that was afforadable and would make the best profit. Here's is my conclusion...

Sam's Club has the best bet. They sell a case of 80 hot dogs at the price of just under $20. Making each dog cost .25 cents. You can't forget that the roll must also go into your costs. Now you can purchase your rolls also at Sam's Club but I found a much better price at Aldi's. Not everyone is close to an Aldi's Food Store though. Till it was said and done my hot dog cost was about 50 cents. If I sold them for one dollar I was making $40.00 for that box of 80 all beef hot dogs. I was only doubling my money and that just didn't seem like enough. So I added a few condiments that are normal like onions, ketsup and mustard, even crushed hot peppers. Not I can charge $1.50 per dog and not feel like I am robbing anyone. Now I am making $120.00 for those 80 hot dogs...that's a PROFIT OF $100!!!

To make them and to save on kitchen costs (most event venues charge extra if you want to use their kitchen) I used an electric skillet that held all 80 hot dogs. I started by placing them all in there and adding water, just enough to get a good steam going. My concession workers kept those dogs turning so they wouldn't burn, but they didn't last long enough for that to happen.

There are pros and cons to making saurkraut. I tried it for the first few events and didn't really move it. The one big pro about saurkraut is that for some reason it makes people want to eat hot dogs, even though they don't want saurkraut on them. It cost under $5.00 for an entire gallon so it is a judgment call you will have to make, I made the decision to stop having it available. My family didn't want to eat saurkraut for a week and when you have a gallon left over someone has to eat it or throw it away and who wants to be wastful.

Hamburger BBQ is a popular item however, it is not as profitable as hot dogs. Ground Beef is expensive, if you look for sales you might be able to get it for .99 cents a pound but that's doubtful. One of the dis-advantages is that someone has to make it ahead of time and then transport it to the event venue in a crock-pot. With everything going on you yourself as the organizer won't have time to make that happen and if you do take this on you are adding a lot of stress to an already stressful event.

In my opinion leave the BBQ to Sunday Football games in the living room.

If you want an easy recipe for simple beef BBQ

Brown ground beef, drain. Pour in all the rest of the ingriendients and simmer for an hour. Salt and Pepper are optional. I hesitate to add extra salt since so many people are watching their salt intake.

The Taco Bag is fairly new to the fundraiser world. It isn't terribly profitable but it is a great seller so if you can get quanity sold you will make decent cash income off of it. It's super simple to make, but I do have a few opions to add.

One- have your concession people spoon all the additives to the bag. Allowing customers to do it themselves leads to running low really fast on certain items.

Two- Purchase your Frito bags at a place like Sam's Club. They are faily inexpensive and easy to store.

Three- Don't overdo it on contents.

Here's the idea of the Taco Bag. You open the top of the single serve Frito bag and spoon in taco ingriendients such as taco meat, cheese, lettuce and salsa and stick a fork in it and off goes your customer.

It's fun and it's different!!

Different areas will have different success with this item. At a few events I had great success at others that attrated older customers I didn't sell as many. I finally decided to only carry this item when I knew that there would be a younger crowd.

Taco meat ( not too spicy)

Mild Salsa ( it replaces the need for tomatoes)

You'll be SHOCKED at how many want these

I must have held 5 events before I started to carry veggies. Spending so much time talking to vendors and customers and hearing how many people were watching their weight or having kids that would tag along. What a perfect idea. I know this should have come to me earlier in the game of organizing but there were issues of hot dogs...LOL

Having fresh veggies does take some effort. Don't be conned into purchasing already cut veggies. Conveince costs money. Okay I'll give you the baby carrots, they are much nicer to have and so simple to count out. As far as what I sold I stuck to carrots and celery. Alongside I served a small cup of Ranch dressing. And at times I had kitchen vendors such as Tastefully Simple and offered them the chance to "donate" a dip and we would let people know that they donated the item as a taste test and that way it gave everyone a chance to really test a product and most times lead to sales for the Representitive of that company.

I really don't want to push in this article about Sam's Club but when it comes to purchasing things in bulk even the veggies were less expensive. 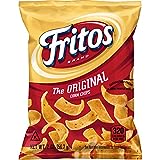 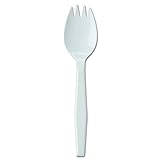 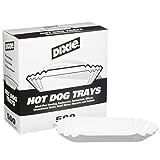 In my experience I find that if food catches the attention of my senses in the right order that I MUST have them. Where I grew up it was common at yard sales for people to sell hotdogs and sauerkraut. As soon as you got out of the car and smelled sauerkraut in the cold air you just needed to have it, no matter how early it was. Think caramel corn at a carnival, or funnel cakes. Chances are if we smell it then we need it.

Entice your buyers with foods of the season. If it's summer try roasted corn on the cob, I've seen this sold at fairs for $5.00 a COB!! If it's Autumn then you might try selling something like spiced apple cider and spice cookies. Fragrances are the first step to get people walking to your food stands like bees to honey.