Threading the Needle Day is July 25

Hard to believe but, July 25th is Threading the Needle Day. Aside from sticking the end of a thread into the eye of a needle, what can one do to celebrate this silly holiday? Threading the needle is not just something that tailors, seamstresses, quilters, surgeons, upholsterers and other crafters do. It is also a figure of speech which means to "walk a fine line", not to take sides, as some politicians tend to do. Be surprised at how many activities exist that involve the phrase "threading the needle."

There is more that meet's the needle's eye than threading the needle. So, how are you going to celebrate Threading the Needle Day?

Sewing has been around a long, long time

Sewing with needle and thread has been around since the Ice Age. Needles were used by prehistoric man fashioned out of bone, ivory, wood, antler to sew together fur, animal skin and bark clothing. Sewing thread used was made from sinew, plant fiber, catgut, wool and hair from domestic animals to sew together blankets, clothing and shelter. The first iron needle was found in Germany in the third century B.C. Native Americans used the needles of the agave plant and porcupine quills as needles. Silk fibers from the silk worm were spun into fine thread in China and Japan.

Mankind indeed has been threading the needle for a long, long time.

Cleopatra's Needles ---a coincidence in time?

The New York Obelisk, Or, How Cleopatra's Needle Came to New York and What Happened When It Got Here
The 3500-year old famed monument in Central Park is nicknamed "Cleopatra's Needle. This book is loaded with history and fabulous photographs which will vicariously bring to a journey to the past.
Buy Now

Nostalgia at its best

LIttle girls were expected to learn how to sew and darn at an early age way back when. Cooking and sewing went hand in hand as prerequisites for future housewives. These black and white photos of a mother and a little girl depict the social values of days gone by. Sewing today is more of a hobby amongst grade schoolers and teenagers which is being revived in school.

How to Thread a Needle - Having trouble threading a needle?

This is a sampling of hand needles that I use for different applications. The needles with the large eyes, like the tapestry needles, are used mostly for finishing up knitting projects with yarn as the thread. Tapestry needles have blunt points but can easily penetrate knitted fabric. Thinner and shorter needles with smaller eyes are used for hemming up pants or skirts and the thread used would be finer.

Norman Rockwell features a gentleman attempting to stick the end of a thread into the eye of a needle. He has a pair of socks resting on his right lap, so it is safe to assume that there are holes in them.

The details added by Rockwell to the artwork of the red pin cushion and the curious cat who is about to pounce on the spool of thread in the sewing box add to the human interest of the magazine cover. My calico cat, Mali, will have no problem stealing this spool and swatting it around the floor.

Even threading the needle needs some magic

Why would something as simple as threading a needle need a master magician like Harry Houdini to perform? Because in the 1900's sideshows, which popularized the East Indian Needle Trick, Houdini supposedly swallowed 50 to 100 needles and 20 yards of thread with a glass of water and brings them all up already threaded.

Have you ever threaded a needle?

Interesting links about the use of needle and thread

Uplifting, heartwarming, a life's lesson for all

Tessa and Madelyn were the best of friends until they were twelve years old in a small town of New Bern, Connecticut. Tessa came from a normal upbringing, but Madelyn was raised by a domineering and abusive grandmother. A misunderstanding broke up their friendship and decades later, both got married and moved on with their lives. The economic downturn created havoc in Tessa's financial and marital life and she and her husband returned to New Bern to make a go of his farm and her herbal apothecary shop. Madelyn's marriage to a Wall Street executive fell apart after her husband was thrown in prison for running a Ponzi scheme. She too returns to her hometown to the dilapidated cottage she inherited from her late grandmother which she needed to turn into a Bed and Breakfast inn. In order to get her sanity back and get away from her crumbling life, Madelyn signs up at the the Cobbled Court Quilt Shop where needed the support of the circle of quilters. It is at the quilt shop that Tessa and Madelyn meet again.

Have you ever done this yoga pose?

The thread the needle Yoga poses stretches the neck, shoulders and back muscles. It increases the breathing exercises and opens up the hips and loosens the muscles in the back, in the long run reduces pain and tension.

Asana Yoga - Threading the Needle to stretch your muscles

Have you ever done Yoga poses?

Viniyoga Therapy for the Upper Back, Neck & Shoulders with Gary Kraftsow
Buy Now 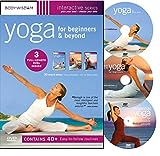 in a game of billiards

Have you ever tried to thread the needle in a game of pool? Threading the needle is a pool trick where the cue ball is shot with precision so that it travels through a narrow path to its intended destination, which could be the pocket or to hit another ball.

Learn how to do this here: Threading the Needle (by Max Eberle)

Billiards poll - Threading the needle in a pool game

Have you ever played a game of pool?

Mini pool table to practice threading the needle tricks - Fun for the whole family, including the cat

Club Fun Tabletop Executive Pool Table
Perfect size and a real space-saver for the home. This mini pool table will thrill the husband and his friends for hours of fun. Plays like the real thing and takes up very little room. Keep away from the cat because the feline will become addicted to the balls rolling around.
Buy Now

Wolverine Achievement:Threading the Needle - Get the ultimate bronze trophy

In the video game, X-Men Origins:Wolverine, on Playstation 3, the Threading the Needle Bronze Trophy is received if you can get Wolverine to fly through the O ring in the Sentinel Boss battle.

Have you ever played X-Men Origins:Wolverine

This is the poi hooping trick done with two hoops called "thread the needle."

Have you ever done the threading the needle with hoops? 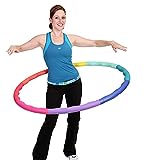 Have you ever done poi threading the needle?

Threading the needle while whitewater rafting

Another usage for the phrase

Threading the needle is a slang term for a difficult maneuver in white water rafting where the raft has to be steered through a narrow passage between two rocks. The passage has to be tight enough that there is no margin for error in order to qualify as threading the needle. A slight movement to the left or right could get the raft wedged between the rock and a hard place.

Have you ever gone whitewater rafting?

Let the kids have some fun

How to Play Thread the Needle Game