With Christmas always right around the corner, are you planning your Christmas festivities for this year? It’s never too early to start planning an awesome Christmas party!

One of the things that makes any party so awesome is having a theme. Christmas party themes are not too uncommon, but good ones are really hard!

Luckily, just having family and friends gathered together on this cold winter day is warming enough, but take a look at these Christmas party themes anyway:

Elf on the Shelf 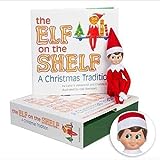 Elf on the Shelf Scrapbooking Party

Okay, this one is usually for the moms that are into scrapbooking, but it can still be fun (and I soo felt this deserved its own section)! Everyone who has an Elf on the Shelf takes pictures of where the elf was found hiding each morning and will later print these up the day of the party.

While making a scrapbook of the pictures, enjoy some eggnog, perhaps with a touch of rum (oh, how daring, I know!) catch up, and even springs for some chocolate-covered strawberries. Play some music, play some games; it’s still a party! Wrap some gifts if you can.

It’s not only for the moms, though! Other friends can be invited along with their significant others, but since the point of the party is making the scrapbooks, kids should not be there. You’re essentially making a Christmas present that will look as if it’s from the Elf, himself!

Doesn’t that sound like a cute idea? It is a lot of fun! All of the Christmas party themes are fun when there’s enough heart involved!