Tips to a Successful Informal Letter

Many people have the fear of starting a letter they write to their parent or a friend who is close or a distance relative whom you have not seen or someone very close to you. After reading this article such fear will be far away from you.

An informal letter is a letter that is written to a close relative, when I say relative it can be your uncle, aunty, cousins or even relatives of your nuclear family which may be your mother, father, or siblings.

Informal letter can also be defined as a letter written to a person that you can communicate with freely without undergoing any official process. It is a letter that is written without much thinking and brainstorming because it will be written in language that is familiar to the receiver. 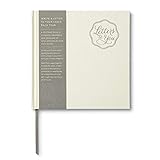 Tips for a perfect address

An informal letter addresses the writer, it should be written on the top right corner of the letter. It preferably contains the street address, state address and optionally the country address followed by the date which is separated by either hyphen, dash or slash. The address can be written in two main forms either on a straight line(as in the example) or slanted. After the last address (maybe the country or state address ) a fullstop mark should be introduced followed by the date and another fullstop mark.

An informal letter's salutation is an easy one going with either the "dear" initials or just the name of the recipient. This part is a very fragile part of the letter because this is where the recipient begins his/her journey of reading.

Body Of The Letter

This is where the writer conveys his ideas to the recipient of the letter. Here the format of writing the letter body differs depending on the recipient. We will consider the group of possible recipients one after the other.

In all letters you have to consider the person you are writing to. Consider if the person is close to you and you have to make the conversation interesting if not after reading the first two lines am sure the letter is already in the dustbin.

If the letter is to your parent don't start with introducing yourself, you are their child and they know you too well to require an introduction and that will make the letter much more boring.

You can start by finding out about their well-being and then find out if everything is ok and then thank them for past things they have done for you before even thinking of asking for any thing. Writing to your parents should be a letter that is most honoured, the grammar should be chosen carefully to avoid filling it up with blunders. This type of a letter should have not less than three paragraph of different topics, which I am sure it should go in this procedure, starting with salutations and appreciations followed by requests and then farewell.

Writing latter to our parents should not be hard after this.

This letter should be a rather simple one to write. It doesn't need much greetings and introductions just ask of how he/she is doing and skip the whole boring texts for another day, and then go on and discuss the main reason of your writing.

Here is where the whole introduction messages may be needed. A distant friend or an ancient friend may not remember you, here it will be your duty to remind him of who you are and then after you are sure to have walked down the memory lane, you can now ask of his wellbeing and that of his parent who may not be familiar. After all said and done with the salutations you can go on to the main purpose.

This is one of the letter that teenagers should be cared while writing. It may be informal or formal, but in this case we're dealing with informal. Although it informal you still have to mind your language, you don't write as if you are writing to a friend. You might start with introductions, but try making it a little informal.

This letter us one of the simplest letters a teenager should be able to write. You start by not introducing yourself too much and then ask of their well being. Don't forget to ask after your cousins if you are writing to you aunt or your uncle and vice versa.

Do you even write to your parents?

How often do you write letters to your parents

An informal letter has a conclusion and it can either be your friend, your son, your brother or any pet name that the recipient is familiar with and it ends with a comma. Please note that an informal letter doesn't require a signature it is a common mistake made by several writers to sign at the end of an informal letter.

It is always written at the bottom right corner of the letter.

Have you ever signed at the end of an informal letter